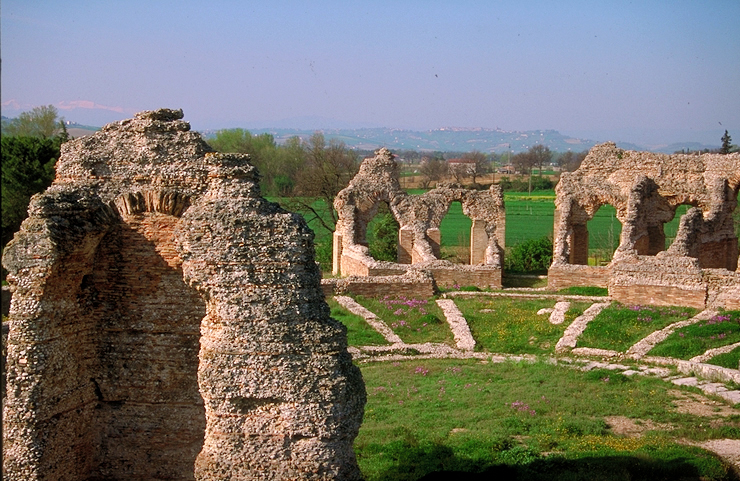 To return to the historical origins of Macerata, you have to go 5 km to the northwest, to Villa Potenza where the ruins of the Roman town Helvia Recina emerge. This city was associated with the legendary Trojan hero Aeneas, who had founded the temple of Venus Erycina on Mount Erice in Sicily, where this cult developed in Rome and later in Helvia Recina.
“Hic Veneris stabant Ericinae templa vetusto tempore… Quondam etiam templi nomine dicta fuint” – says an old Latin epigram:” Here stood the temple of Venus Erycina of old … which still bears the same name to this day.” 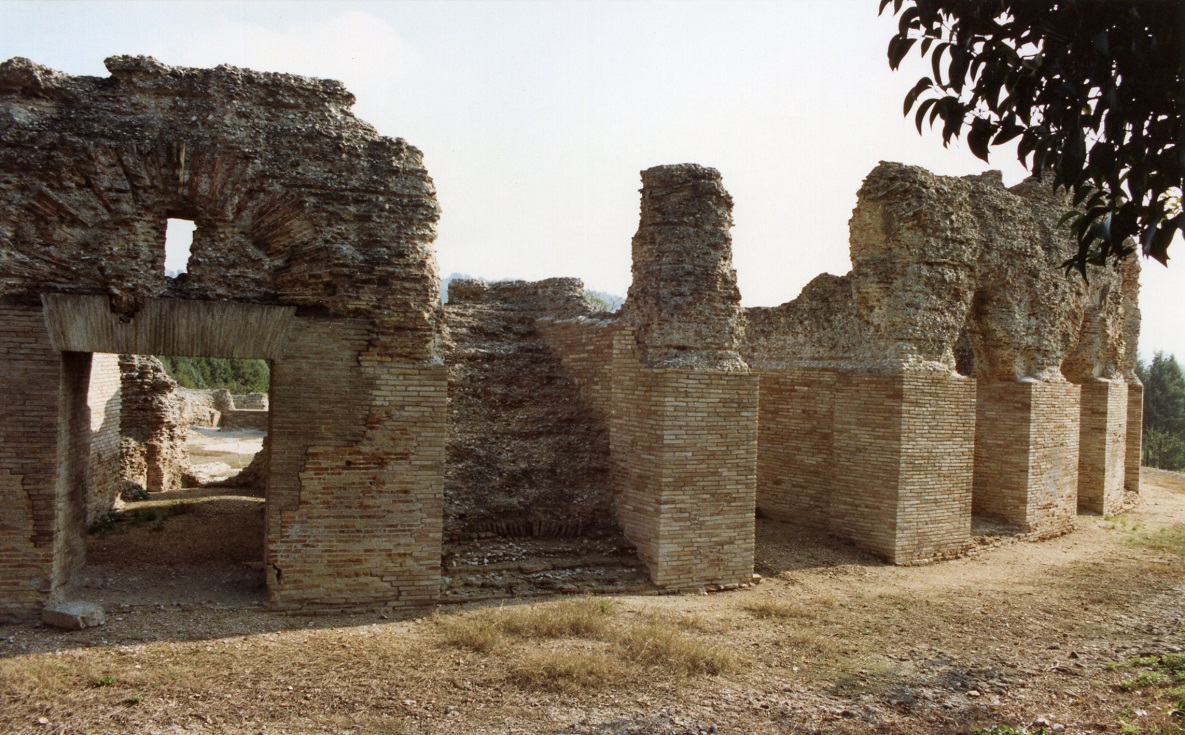 The city is mentioned for the first time by Pliny the Elder in the third book of his encyclopedia “Naturalis Historia”on geography and ethnography. Some of the salt that came to the capital was transported along the Via Salaria Gallica, very near Recina.
The Roman amphitheatre, built in the second century BC was covered with blocks of marble, decorated with Doric and Corinthian order columns and housed more than 2000 spectators. The most important places were those in the front rows, near the arena, where the senators and patricians of the city sat, the median stands were occupied by men belonging to the class of knights (equites), the highest rows were available to women, children and plebeians.
Just by looking at the amphitheatre dimensions you can judge the magnitude of the entire city. Recina was an average thriving city, where there were various spas and rich villas decorated with frescoes and mosaics. You can visit the ruins of these buildings and the amphitheatre on the archeological site. In addition to the “Salaria road”, the inhabitants used a navigable river, Potenza, then known as Flusor where you can see the remains of the old bridge built by the citizens of Recina. It hit its heyday at the time of Emperor Septimius Severus.
According to Catholic tradition, Christianity arrived very early to the pagan Recina. Saint Julian the Hospitaller brought the new religion to early Christians as early as the first century. He moved to the banks of the river Potenza to become a hermit. The first bishop-martyr of Recina was San Flaviano in the third century. The two saints were proclaimed heavenly patrons of Macerata.