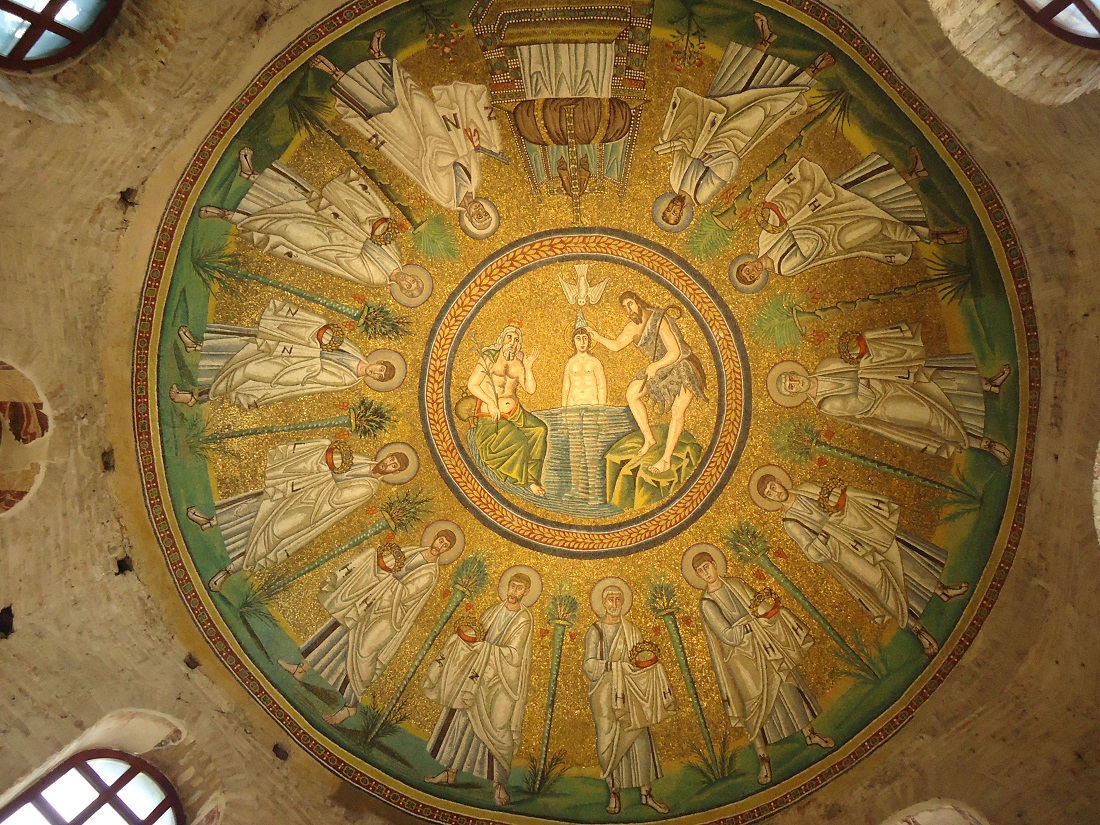 The first building to be erected during Theodoric’s reign was the Arian Baptistery, a monument still present today. It was built next to the ancient church of the Resurrection of Christ also known as the Basilica Ursiana, which was commissioned by Archbishop Ursus between the 4th and the 5th century and is no longer in existence. Instead of the Basilica now stands Gian Francesco Buonamici’s 1743 church of the Holy Spirit. 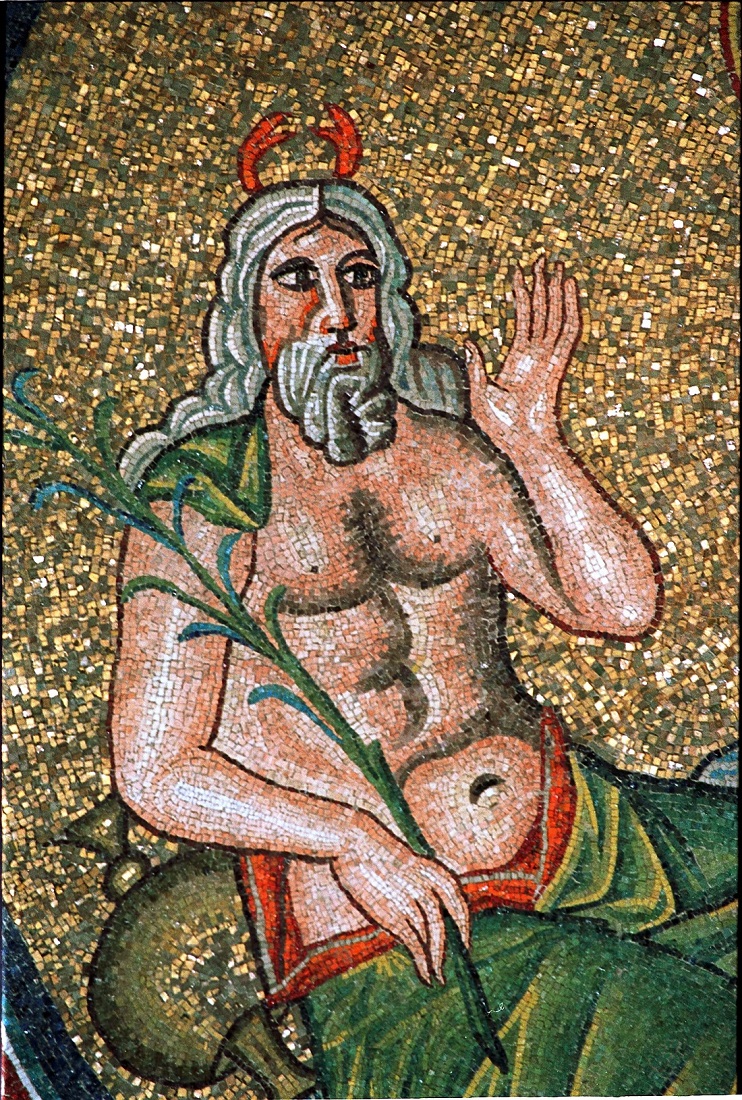 To distinguish the two communities, Theodoric had requested a baptistery for Arians keeping most of the characteristics from the previous construction. The plant of the building is a replica of the Neonian Baptistery: an octagonal building with eight windows and four arcosolium arches. The center and the cupola’s vault are decorated with mosaics following the iconographic design of the Orthodox Baptistery.

Similar to mosaics found the Orthodox Baptistery, Teofania’s story is pictured in the middle of a golden background. The composition and style are, however, much different: the rigorous symmetry and schematic quality of the image are far from the splendor and vivacity of the late antiquity. The style is more simplistic and we are close to a medieval Romanic current. The protagonist is a young Christ, John the Baptist and Giordano’s allegory are placed to his right and left. A dove is pouring baptismal water from above the savior, around the circle: the hetoimasia, a throne with a golden cross (one of the principal images of Christianity reminding us of the last judgment and the symbolic connection to the Teofania, the beginning of the path to salvation) and the Apostles, among which Peter holding the keys to Paradise and Paul holding the epistles his hands covered to show the sanctity of the writings; these Apostles stand next to the hetoimasia in prayer and adoration. Other Apostles carrying laurel wreaths, about to judge the living and the dead, follow them.

They are wearing white tunics (“dressed in light like a mantle” – Psalm 103:2) while walking the procession in the celestial garden represented by the gold background, the green pasture and the palm trees that separate one apostle from the other. 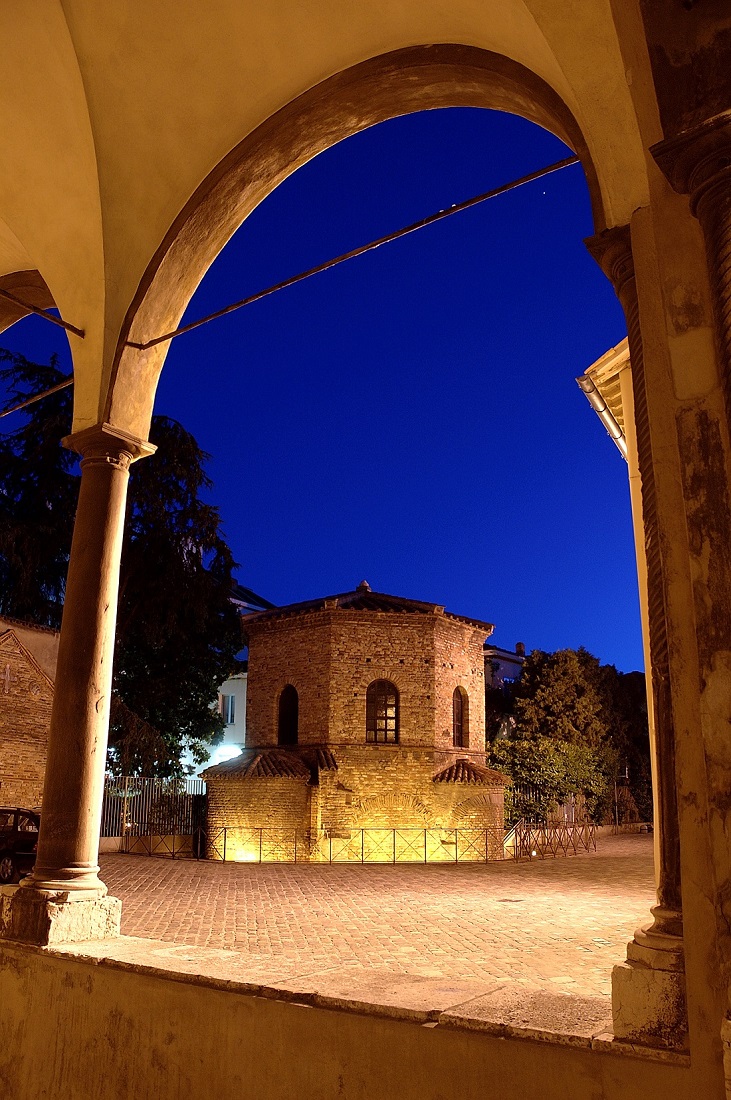