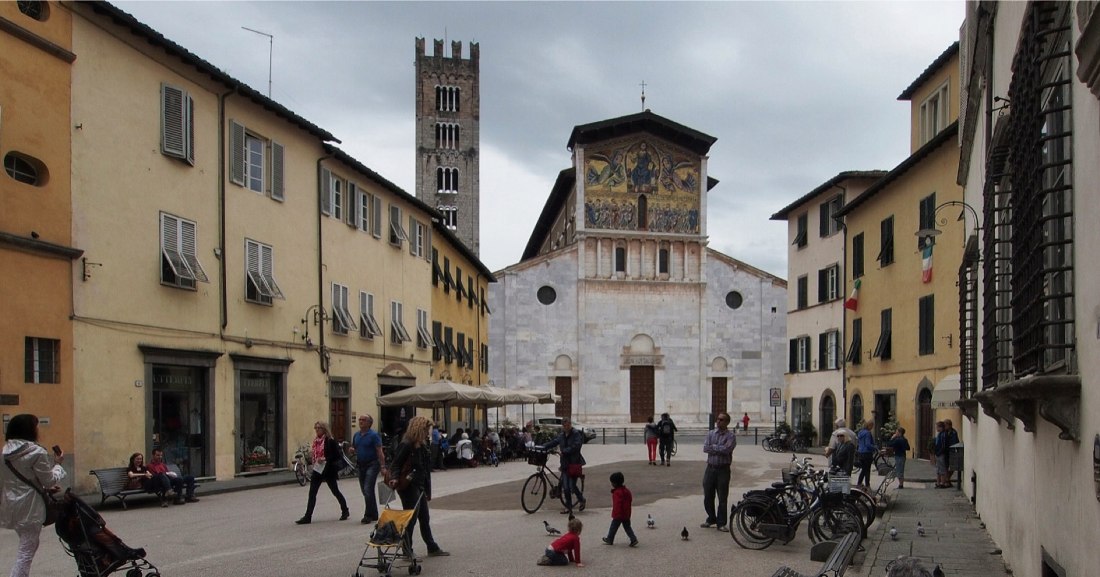 The starting point for the processions which take place in Lucca twice a year is the Basilica of San Frediano. During the night between the 13th and 14th of September a candlelit procession, the Luminaria, crosses the city, accompanied by hymns in honour of the Exultation of the Cross. The first records of the procession date to 1180. It celebrates the miraculous Translation of the Volto Santo from the church of San Frediano to the Cathedral.

The procession is a marvellous spectacle with the participation of the whole town. When the head of the procession enters the cathedral its tail is still situated at San Frediano.
The façade of the Basilica is topped by a golden mosaic depicting the ascension of Christ. It shows two angels carrying him into heaven while the apostles, struck by the miracle, observe the scene from below. They are separated into two groups headed by St Peter and St Paul. The Virgin Mary was originally placed centrally between the two groups of Apostles, however the opening of a window on the façade means she can no longer be seen. The building of the church began in the 1112 and replaced an older Basilica dedicated to three Saints: Vincent, Stephen and Lawrence. The old crypt housed the relics of San Frediano who had been Archbishop of Lucca between 566 and 580 and had probably commissioned the original church. The new church was consecrated in 1147 but the upper part of the façade with the mosaic of the ascension dates to the 13th century. 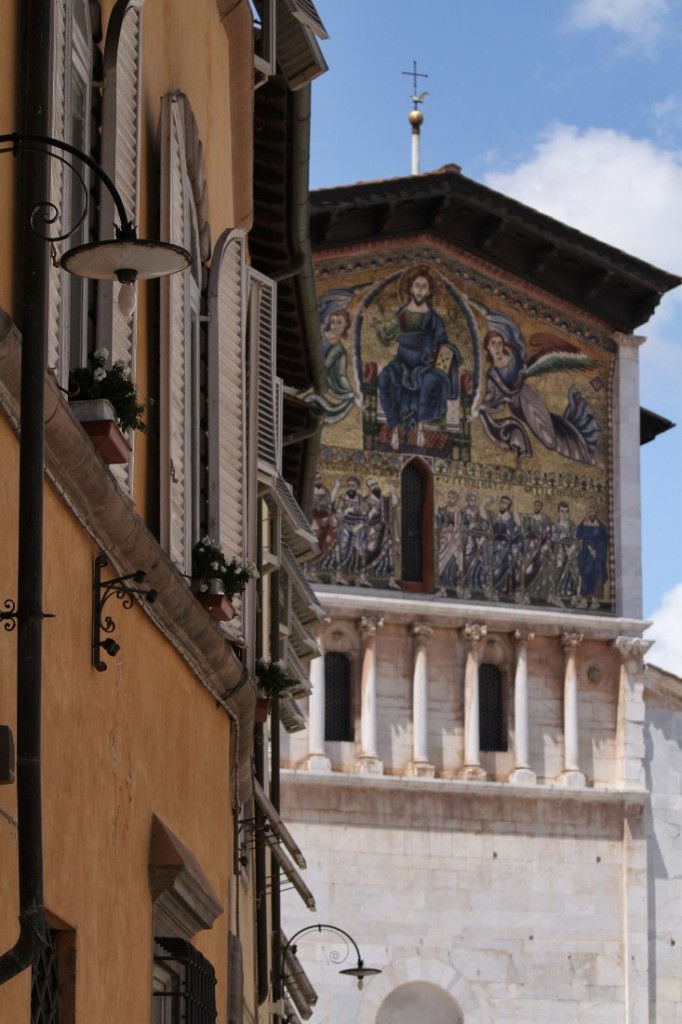 The church is laid out rather like the Byzantine basilicas of Ravenna. It has three naves and a large apse without a transept. The interior of the church is in a Luccan stlye that predates the influence of Pisan architecture. The Chapel of the Cross contains frescoes by the Bolognese artist Amico Aspertini which include the Divisione del fiume Serchio da parte di San Frediano (the division of the River Serchio by Saint Frediano); la Natività, (the Nativity); the Trasferimento del Volto Santo a Lucca (Translation of the Holy Face at Lucca); and the Deposizione dalla Croce (the Deposition from the Cross).
Matteo Civitale was responsible for the three beautiful statues of the archbishops while inside the church the marble altar was sculpted by Master Jacopo della Quercia in 1422. The church also contains the relics of Saint Zita who died in 1278. Dante had already mentioned her as a saint long before her official canonisation.