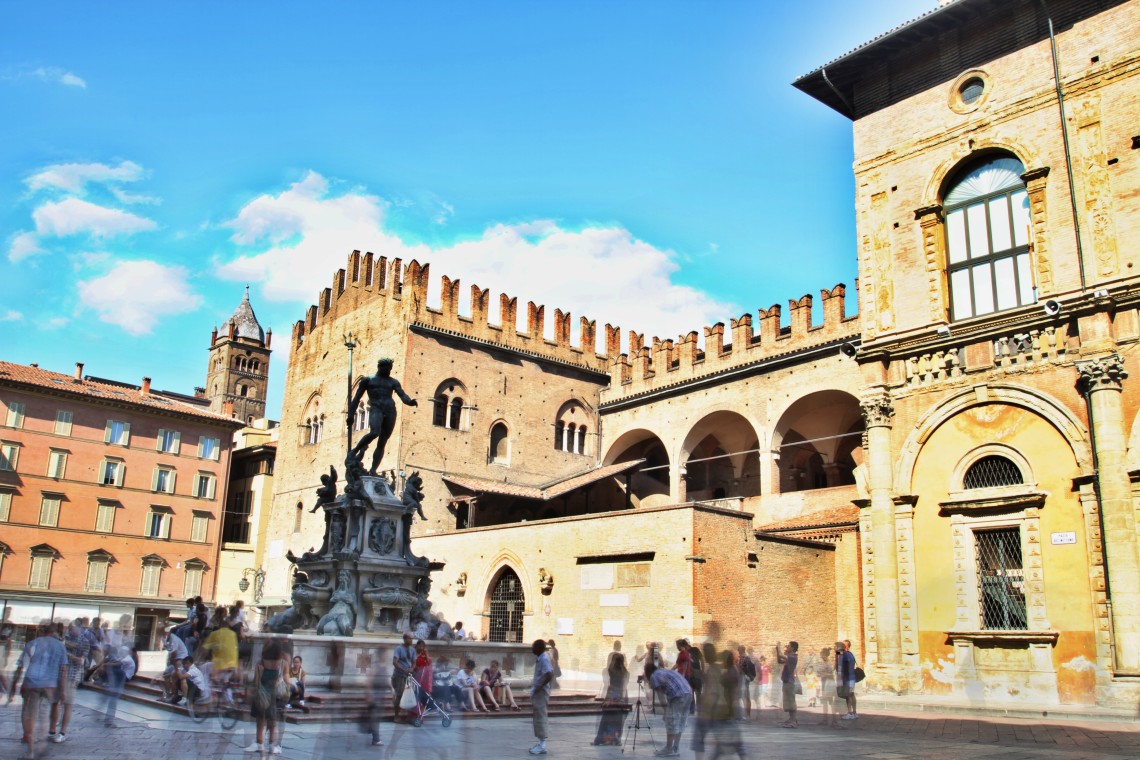 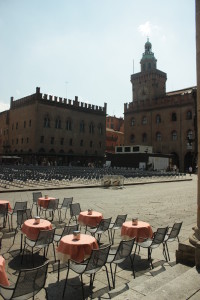 Of all of the legends which surround the mythical origins of the city of Bologna perhaps the one that comes closest to the truth concerns King Felsino,  an Etruscan prince who  occupied the whole area around Bologna with his army in the sixth century BC. The Etruscans immediately set about draining marshes  and constructing brick buildings to substitute the simple huts of the existing Liguri and Umbri population.  The city became a well-organised urban centre, one of the most powerful and richest in the region and was named Felsina in honour of the prince who dominated it. This prosperous period was interrupted with the invasion of the Galli Boi, a Celtic people coming from the north.  Despite attempts by the Etruscans to defend the city Felsina fell to the fury of the Gauls.  The city became a battlefield  and was then occupied by 112 Gallic tribes who reduced it to its primitive  pre-Etruscan state  and dominated it for the next three centuries. 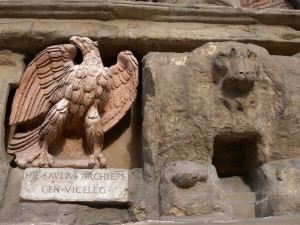 Eagle on the facade of Palazzo del Comune

In the meantime, further south, Rome and its armies were becoming increasingly powerful and after defeating Carthage in the Punic wars, set about expanding  northwards.  After a series of exhausting battles they expelled the Gauls from Felsina and the city fell under the dominion of the Romans. It was re-named Bononia  which means “a land rich in all goods”  and soon became one of the most important cities in the Italian peninsula.  The new Roman masters began the construction of numerous public-works including temples, theatres, public baths and an important aqueduct which still working today. A network of roads was built, the most important being the via AEmilia connecting  Piacenza to Rimini. The road was named after the consol Marco Emilio Lepido who had commissioned it in 187 BC, and would later provide the name for the whole region. 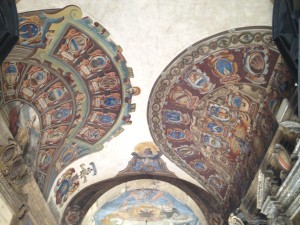 After the fall of the Roman Empire Bononia continued to be one of the most important cities in Italy due to its strategic position and its natural and  architectural wealth. At the fall of the Empire, following the barabarian invasions Bononia was in a very depleted state. The christian bishop, Petronius , the future patron saint of the city  organised the  rebuilding of a limited part of the centre,  which he delineated  with  four  stone crosses  mounted on columns.  These can still be seen today in the Basilica of San Petronio.

Gradually the population increased and the city expanded creating the need for a new defensive wall in the later medieval period. Nowadays it is called the Mura del Mille (wall of the year 1000) although there is some debate as to whether it was actually built in the ninth or tenth centuries. It was 3.5 km long with 18 fortified gate-towers. Four of these can still be seen today in Via San Vitale, Via Castiglione, Via Piella and Via Porto Nuova near the church of San Francesco. 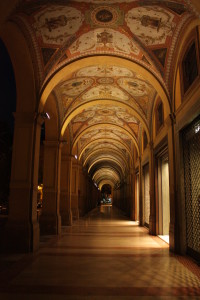 The city continued to develop and grow and in the 14th century a new wall with 12 gates was constructed to enclose an increasingly large urban and agricultural area. Each gate tower was equipped with a drawbridge to cross the surrounding moat. Unfortunately most of the walls were destroyed with the urban development at the end of the 19th century following the unification of Italy, however some small sections of the wall and nine of the twelve towers still remain. Towards the end of the 11th century the first university in Europe was founded under the guidance of men such as Irnerio, an esteemed jurist and teacher. Among those who came to Bologna to complete their education, were Dante, Petrarch, Boccaccio, Ariosto e Tasso: all giants of Italian culture. The University of Bologna, Alma Mater Studiorum (Latin for “nourishing mother of studies”) is still one of the most important universities in Italy and in the world. 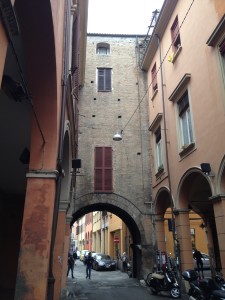 Politically the later middle ages were characterised by conflict, and the contrast between a strong desire for autonomous free government and the outside influences of external powers especially the Holy Roman Emperor and the Papacy. In the fifteenth century Bologna was ruled by the Bentivoglio family who were great patrons of the arts. However their rule came to an end in 1506 ushering in a long period of papal rule where Bologna was the northern outpost of the Papal state. It was ruled by a papal legate and a senate made up of representatives from noble families, a state of affairs that lasted until the unification of Italy in the 1860’s. 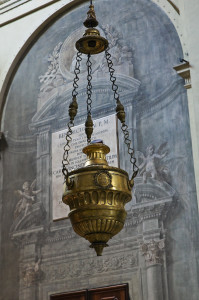 Following unification the character of some areas the city was drastically changed in the new ruling class sought to bring modernity to the sleepy old city. New large avenues were carved out , based on the Parisian model of Baron Haussmann. Via Independence connected the newly built station to Piazza Maggiore and via Rizzoli was widened completely changing the character of the centre. This included the demolition of three medieval towers that came to light as buildings were being demolished. Parts of the old city also suffered from bombing raids in the second world war especially in areas near to the strategic railway station.