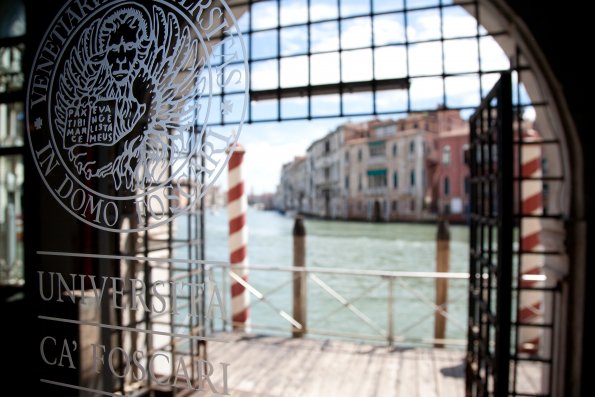 Ca’ Foscari is a five-minute walk from the Santa Lucia station and is home to the University of Venice which is considered one of the best universities in Italy. The palace was constructed in 1453 for the doge Francesco Foscari, and along with the nearby Palazzo Giustinian consists of one of the finest and most important examples of late Venetian gothic architecture. 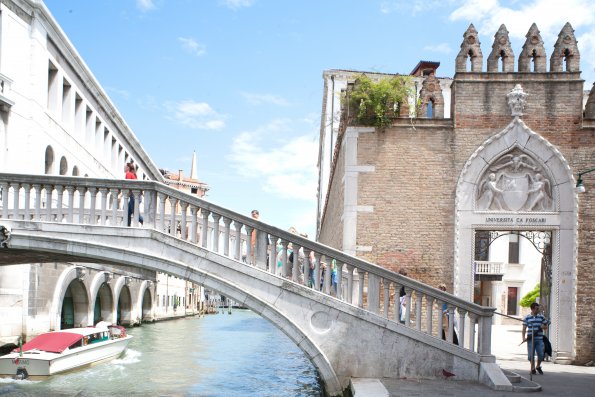 Richard Wagner was a guest at Palazzo Giustinian and in 1859 he composed the second act of Tristan and Isolde here. While guests of Ca’ Foscari have included Henry III, King of France in 1574 and it was rented to the Prince of Brunswick in 1661. Ca’ Foscari is the only example of an eight arched loggia. It can be seen on the façade facing the canal. Its main courtyard is connected to that of Palazzo Giustinian and is dominated by a Gothic staircase which leads to the first floor. In the centre of the courtyard the well curb covers an ancient well. The public can attend many high-level meetings, congresses, book presentations and concerts. Near the main entrance to university, bookshops sell texts in foreign languages. Nearby you can also visit to the church of San Pantalon. San Pantaleone (Pantalon in Venetian dialect) was a doctor who lived in Asia Minor between the third and fourth centuries C.E. The first documents mentioning the existence of the parish of San Pantalon date to 1161. However the church you see today underwent reconstruction in the 17th century. Anyone entering the church cannot help but look upwards. The ceiling of the nave is made up of 40 frescoes by Antonio Fumiani and tell the story of the saint and his welcoming by Christ in Paradise. Other paintings of exceptional beauty can also be found in the side chapels: S. Pantaleone rivives a maiden and S. Bernardino by Paolo Veronese, The beheading and miracle of S. Pantaleone by Palma il Giovane. The greatest artistic treasure however is held in the Chapel of the Sacred Nail where you will find the Crowning of Maria by Antonio Vivarini and Giovanni d’Alemagna: the main scene takes place in the centre of a crowd of religious figures.