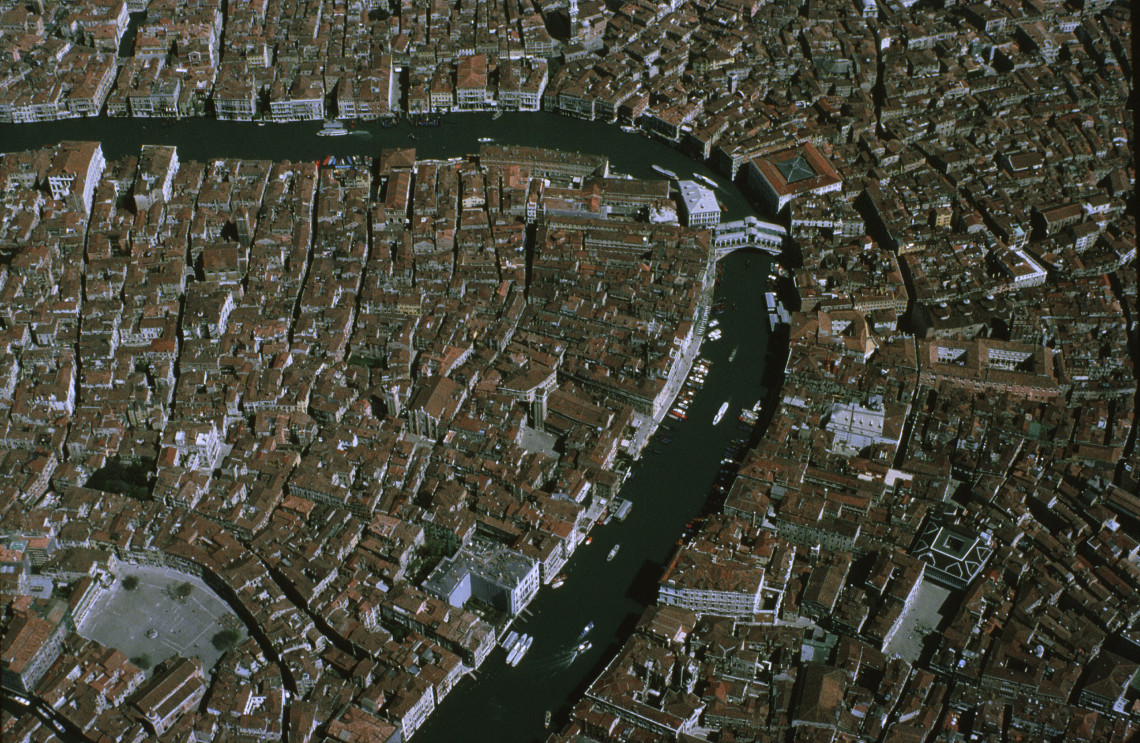 Arriving in Venice for the first time, either in Piazzale Roma or Santa Lucia railway station, it is easy to feel you have arrived in a maze, and you wouldn’t be totally wrong. If you don’t want to get lost in the small lanes, you could take the most beautiful “street” of the city: Canal Grande. Lining this fascinating waterway you will find some of the most famous palaces of the Venetian nobility, which are characterised by their diversity in style, one of the qualities that make Venice so unique. Taking the waterbus you will see Ca’ Vendramin Calergi, the winter seat of the municipal Casino, and the gothic Ca d’oro (1440) while on your right you will see the baroque Ca Pesaro, which houses the Museum of Modern Art and Oriental art. 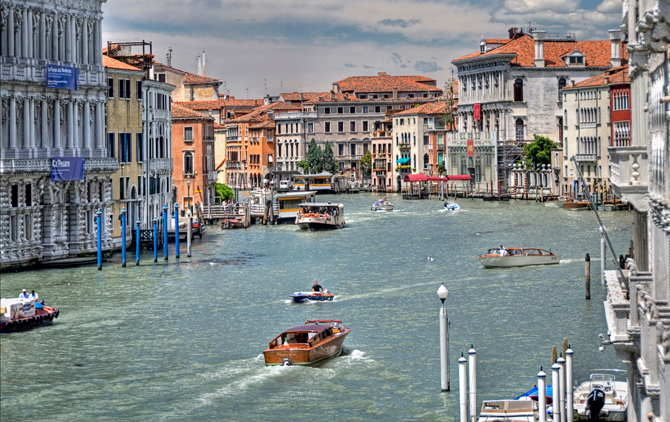 Suddenly, after a bend in the canal, one of the icons of the city, the Rialto Bridge appears. When the Venetian republic decided to replace the old wooden bridge with a stone construction in the 16th century, designs by Sansovino and Palladio were considered, but in the end the project by Antonio da Ponte was selected. Perhaps it was the choice of destiny when you consider that “Ponte” means bridge.
Just before the bridge, on your left you will see il Fondaco dei tedeschi, a building in the Renaissance style (1531) which housed merchants coming from North Europe.

After going under the bridge, after a second bend, on the right you will find the baroque palace Ca’ Rezzonica, home to the Museum of the Venetian 18th century. While on your left you will see Palazzo Grassi which houses a collection and exhibitions of the Pinault foundation.

A little further along you will come to Palazzo Corner della Ca’ Granda, begun in 1533 and designed by Jacopo Tatti, nicknamed “il Sansovino”. You will then reach to San Marco and Baldassare Longhena’s magnificent church of Santa Maria della Salute.

During this brief journey you will be able to admire these Venetian palaces and perhaps you will feel similar sensations that have inspired literary and artistic figures such as Josif Brodskij who wrote “The upright lace of Venetian façades is the best line time-alias-water has left on terra firma anywhere. Plus, there is no doubt a correspondence between – if not an outright dependence on – the rectangular nature of that lace’s displays – i.e. local buildings – and the anarchy of water that spurns the notion of shape. It is as though space, cognizant here more than anyplace else of its inferiority to time, answers it with the only property time doesn’t possess: with beauty.”