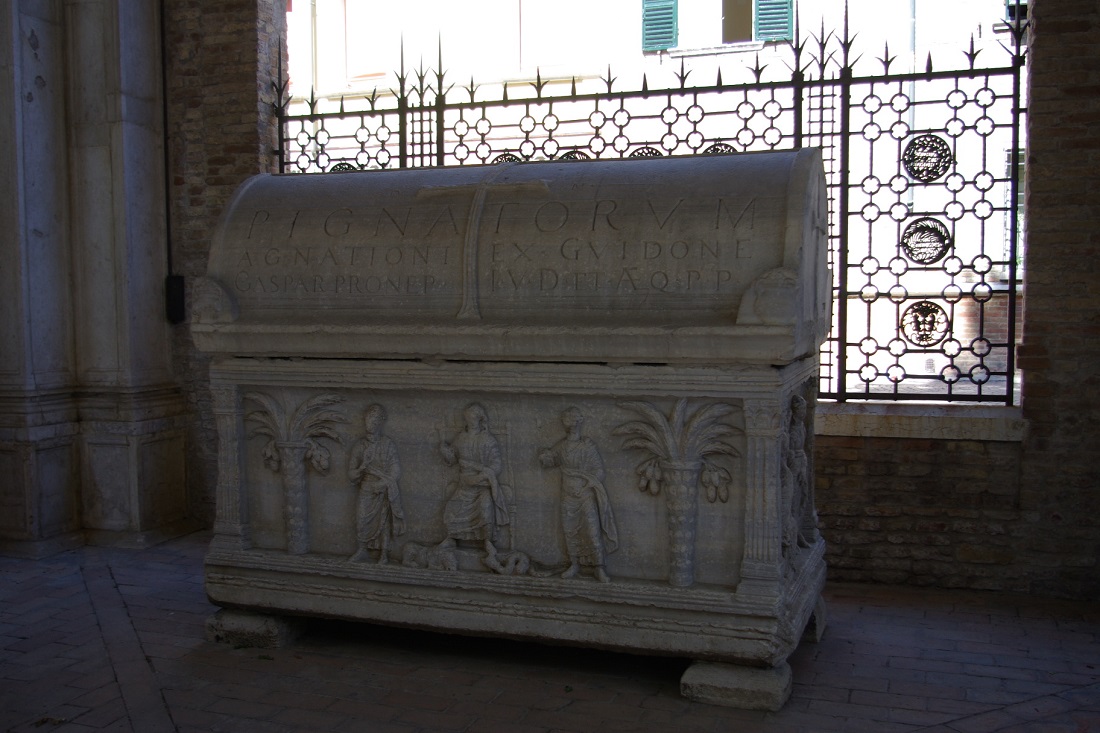 Dante Alighieri, the great Italian poet who was expelled from his hometown of Florence, died in the night between September 13 and 14, 1321 in Ravenna. He was buried in a small portico of the church of San Francesco. The lord of Ravenna, Guido Novello of Polenta, wanted to erect a monument on the tomb, but fell from power a few months after Dante’s passing. In 1483, the mayor of Ravenna, Bernardo Bembo, commissioned the sculptor, Pietro Lombardo, to create a portrait of Dante in bas-relief and a new urn in the poet’s honor. 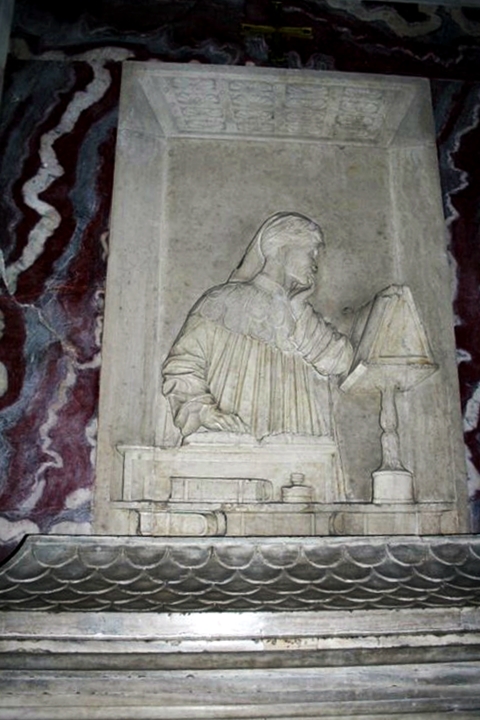 In 1519, Florentine Pope Leo X conceded the city of Florence permission to retrieve Dante’s body, but his remains were hidden by Franciscan friars in another monastery nearby. In 1780, as per architect Camillo Morigia’s project, a small temple was erected to safeguard the tomb where Dante’s body finally was laid to rest. The engraved epitaph reads, “Here I am confined, (I) Dante, exiled from my ancestral land, bore by Florence, a mother of little love.” From the temple there is a ladder that leads to a small museum. 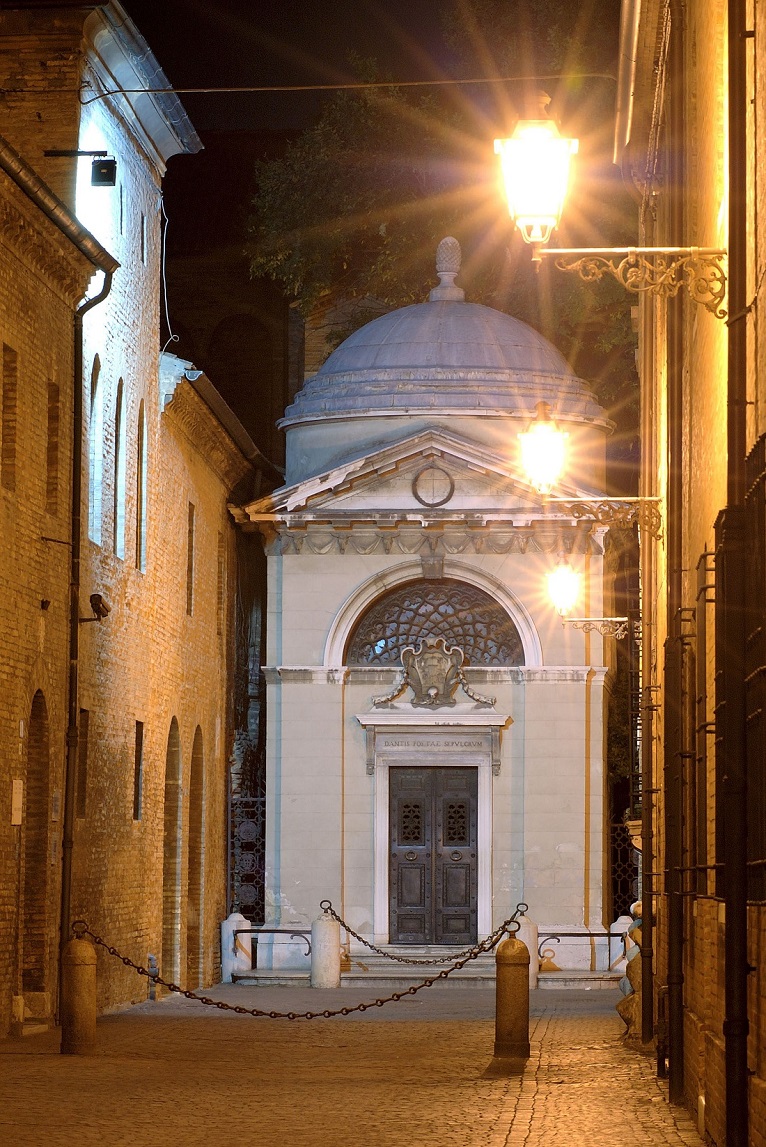