Ducati Museum: the origins of a legend 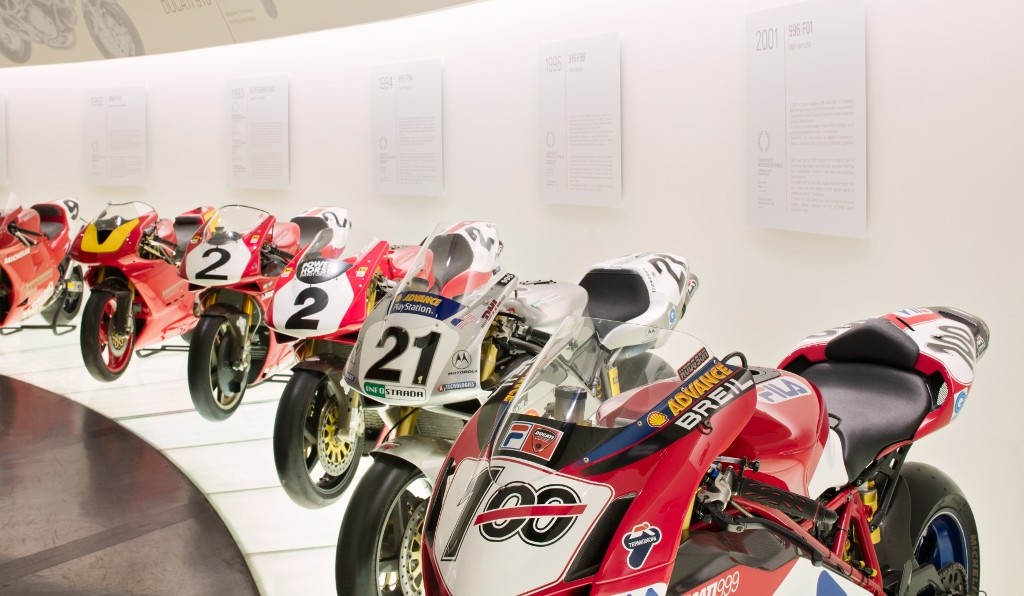 A trip to the "Red" history of Borgo Panigale in order to discover the inseparable bond between bike, road and track. 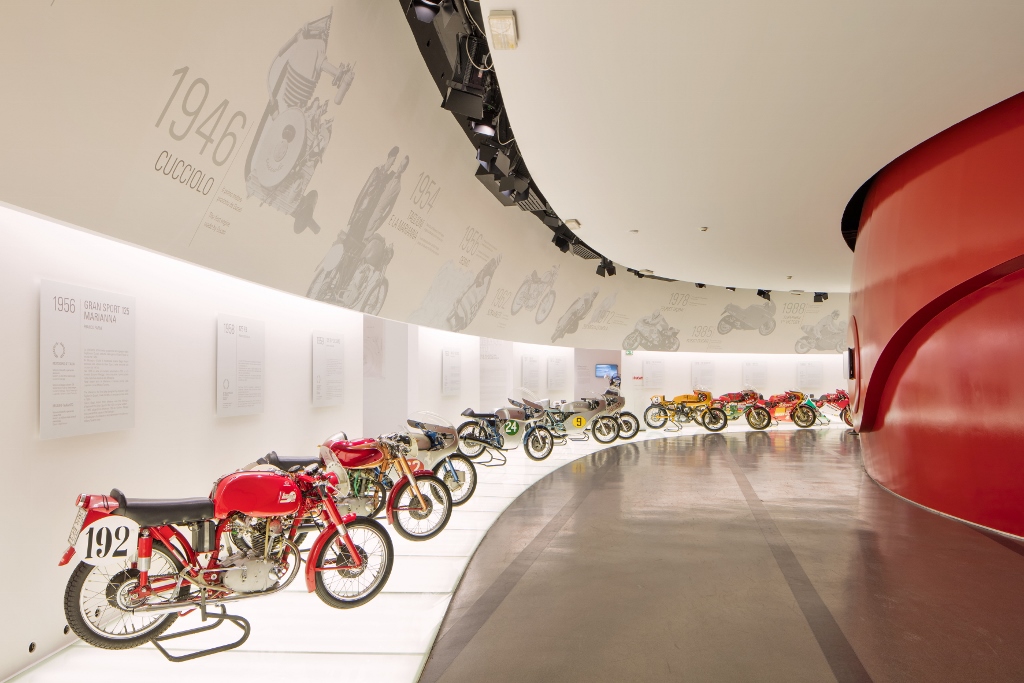 The flagship of Motor Valley and obligatory stop off for every self respecting centaur, the operational centre of Ducati at Borgo Panigale has been pivotal in the two-wheeled world for the last 90 years.

The myth of “Red” started here at the gates of Bologna which is still today a symbol of power, speed, innovation and passion. This quality has made the iconic Made in Italy brand famous all over the world.

The long history of Ducati is marked by facts, people, success and defeat can be touched while walking through the halls of his museum, on a journey through the birth and development of Bologna’s symbol of two-wheeled excellence.

While opened in 1998, the Ducati Museum was re-designed just a year ago, presenting itself today with a new style and new exhibition spaces, divided into three macro-areas: history of Ducati motorbikes as a series and their socio-cultural context, the history of racing, and “Ducati moments“. In other words, the facts, people and technological innovation that have made the company’s story.

A few steps from the factory – the centre of the Ducati world – the museum rooms bring the Ducati aficionados on a path to discover not only the models that have made the great legend but also the stories of the key characters of success. First of all, Adriano Cavalieri Ducati who created that legend and his brothers Bruno and Marcello, who together, on July 4 1926, with the birth of the Ducati Patents, launched something exceptional.

The binomial Motorcycles will only be launched in the postwar period. But it will be a bond of true and lasting love.
It was a small step from the Cucciolo micro motor, initially installed on bicycles, to the Ducati 60 which was the first complete bike realised at Borgo Panigale. Both from the track to the road.

The advance of technology led to improvements mainly everywhere in a short time. It’s time to mention unique figures such as the engineer Fabio Taglioni, “father” of the famous desmodromic valve, still a technical icon in the House, and his 125 Sport which was the first road bike inspired by the racing. 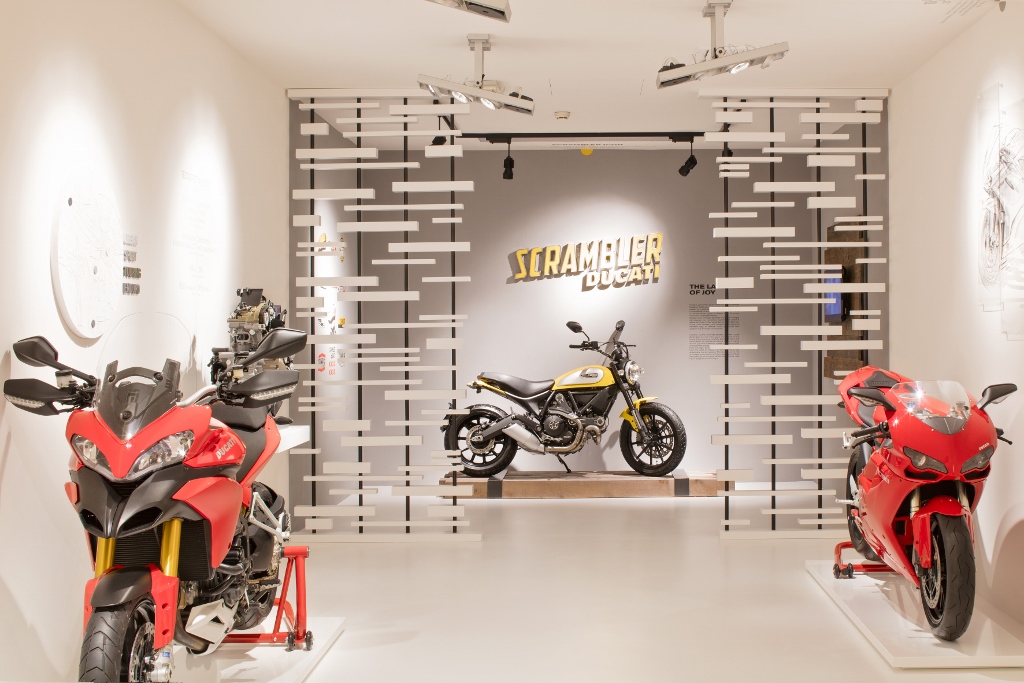 Then, with the boom of the first iconic 60s and 70s bikes, it was the Scrambler that ascended as a symbol of the “on the road” generation.

The golden years of Supersport Motorcycles started with the 750 F1 (A pillar in the history of the brand) and flourished thanks to the motorcycle status symbol of the ’90s, where Ducati’s technology and power meet Made in Italy style and design. This then gave life to immortal icons such as the Ducati 851 – the mother of all the modern Super bikes – the Monster and the Ducati 916 that were so beautiful they were exhibited at Guggenheim Museum as a work of art.

The museum trail highlights the visceral relationship between the “Red” and racing, highlighting Ducati’s history of racing style. The connection between the Super bike before and the MotoGP after is well represented by motorcycles that have made the factory’s recent history having won races and trophies.

Pilots and motorbikes are celebrated the same way so as to reinforce the concept that union is strength when going to the track. Characters like Carl Fogarty, Troy Bayliss or Casey Stoner have made the Ducati brand famous today, but the “Red” does not forget its pioneers of speed – when the colour of the livery was silver, not red – like Farné, Villa, Spaggiari, Hailwood, Smart, Polen and others. 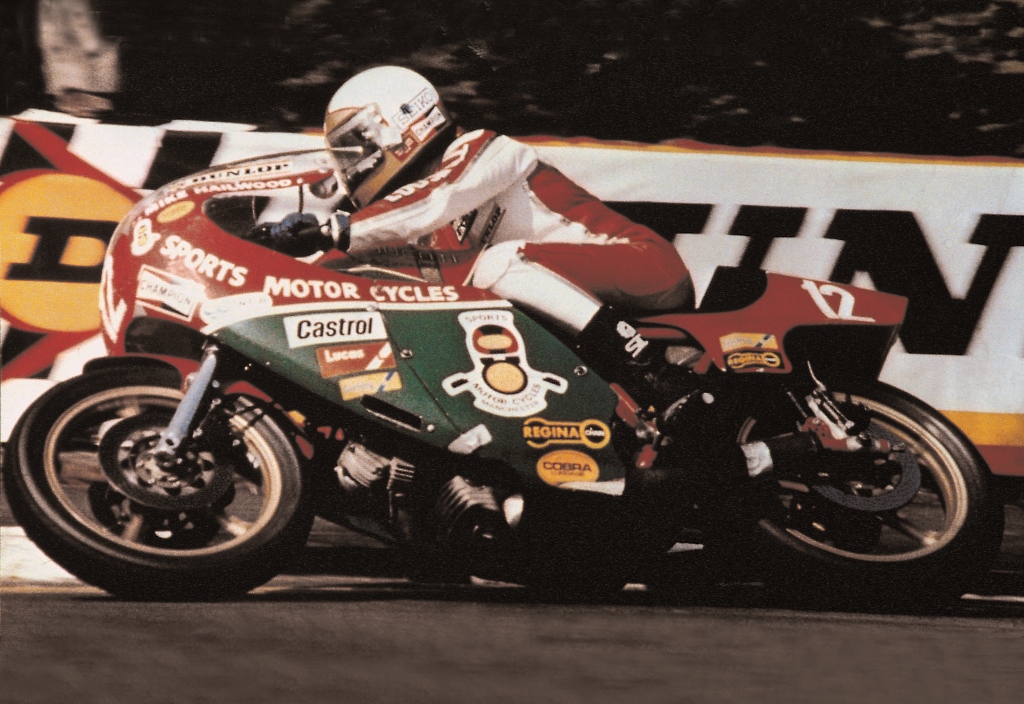 The winning motorbikes go to the central catwalk: 24 legendary motorbikes, from the Cucciolo Competizione of 1950 to the 1198 by Carlos Checa of 2011. In the middle, the best of the Ducati sports world.

Walking through the halls you can finally see some delights that enrich the great Ducati mosaic: memorabilia, trophies and cups, the most iconic suits and helmets worn by the pilots. And then there are some less well-known bikes but still of great importance to the company’s history, such as the tantalising Siluro 100, fully streamlined in aluminium alloy, winner in 1956 of 46 world record speeds. Also the 175 T, the star in 1957 of a 60,000 km around the world race or the Elefant, created together with Cagiva to cope with the Paris-Dakar African races.

You don’t need long to understand the essence of the “Red’s” past and present of Borgo Panigale. Then only a little longer to study its future: In the factory, men and machines are working tirelessly to maintain the legend.

Before leaving the museum space, just take a look at the last “creature”, the 1299 Superleggera (200 hp and a record weight of 155 Kg!), which gives you an idea of why being a Ducati aficionado is first and foremost a lifestyle. 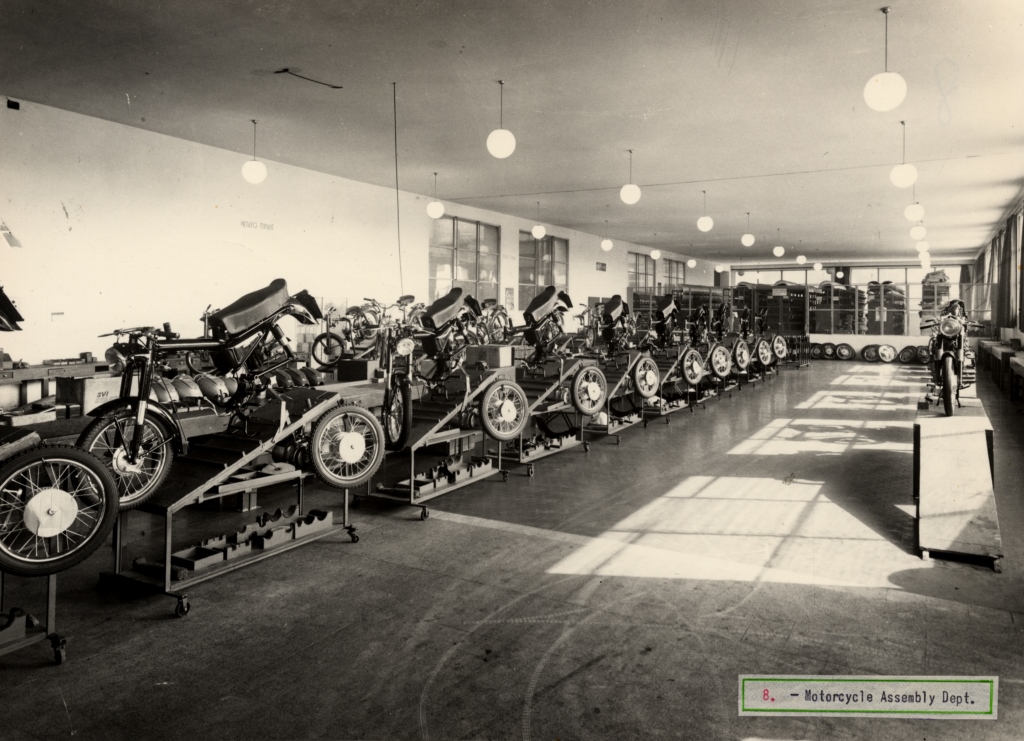 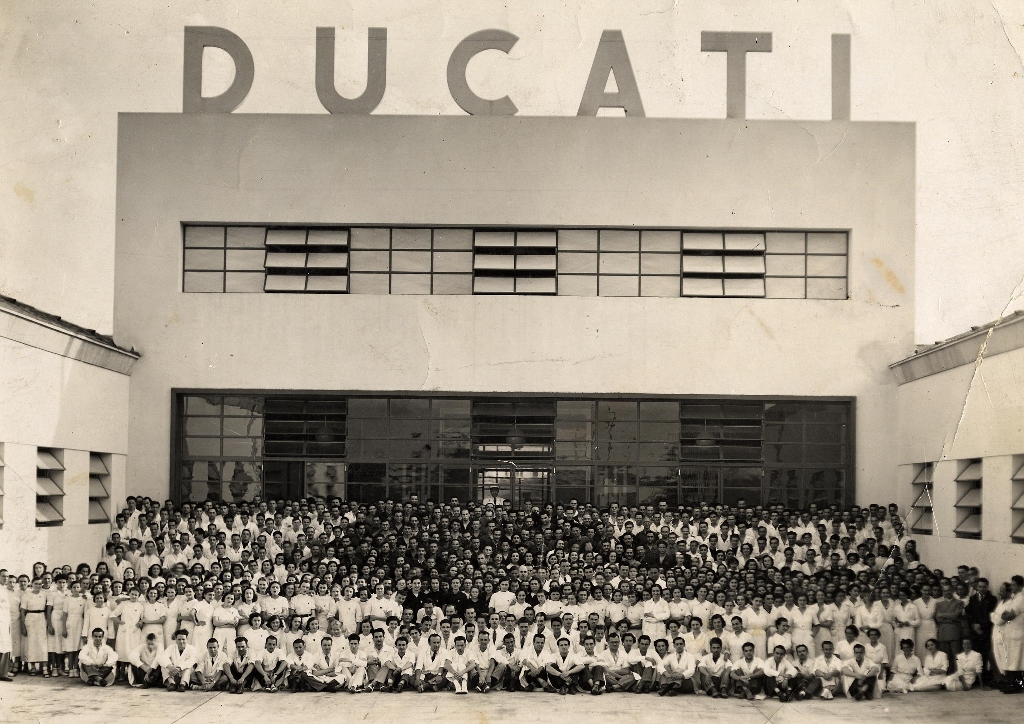 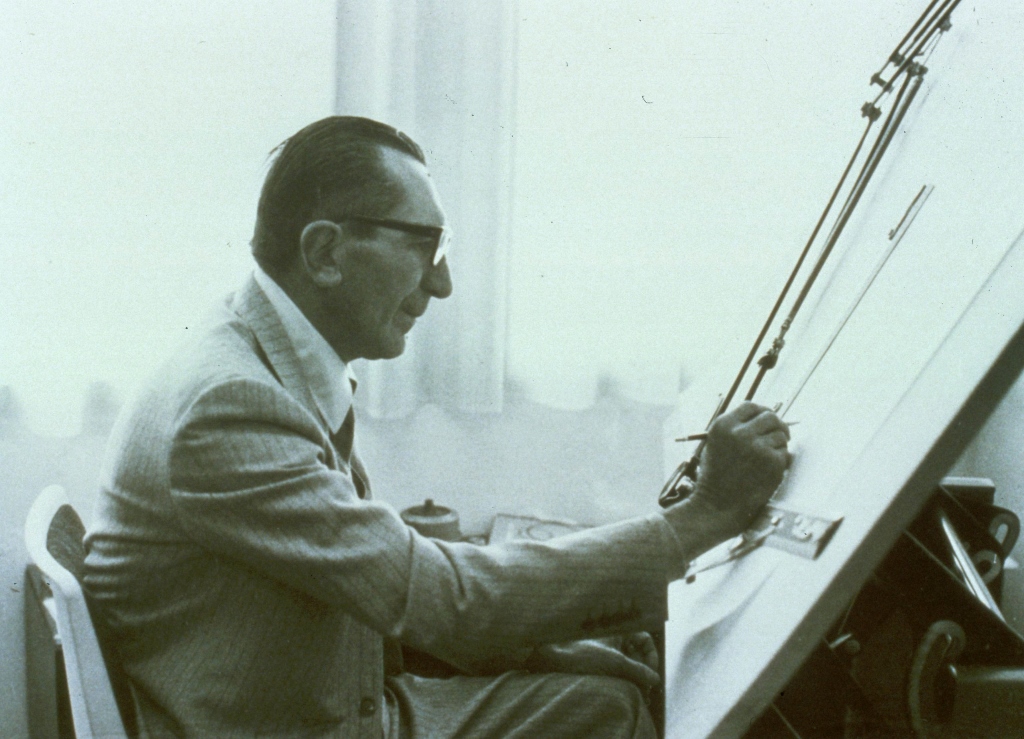 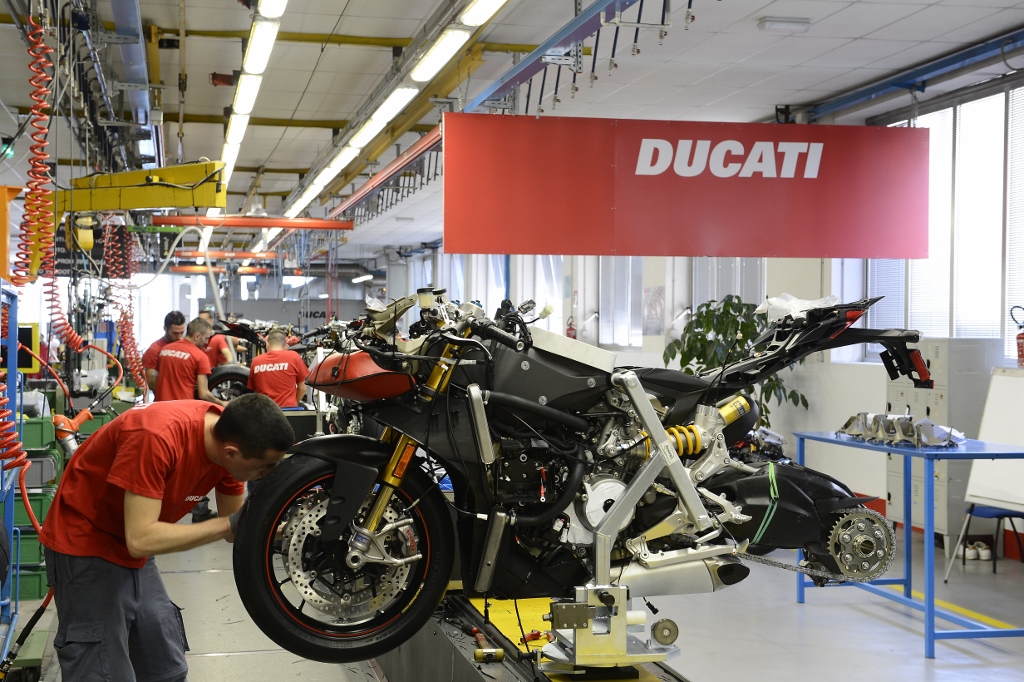 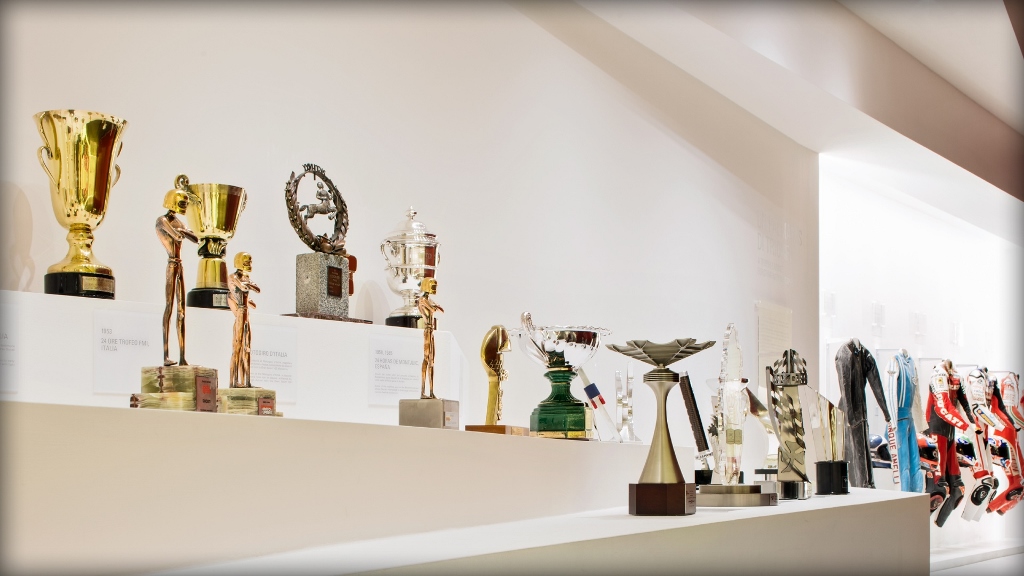 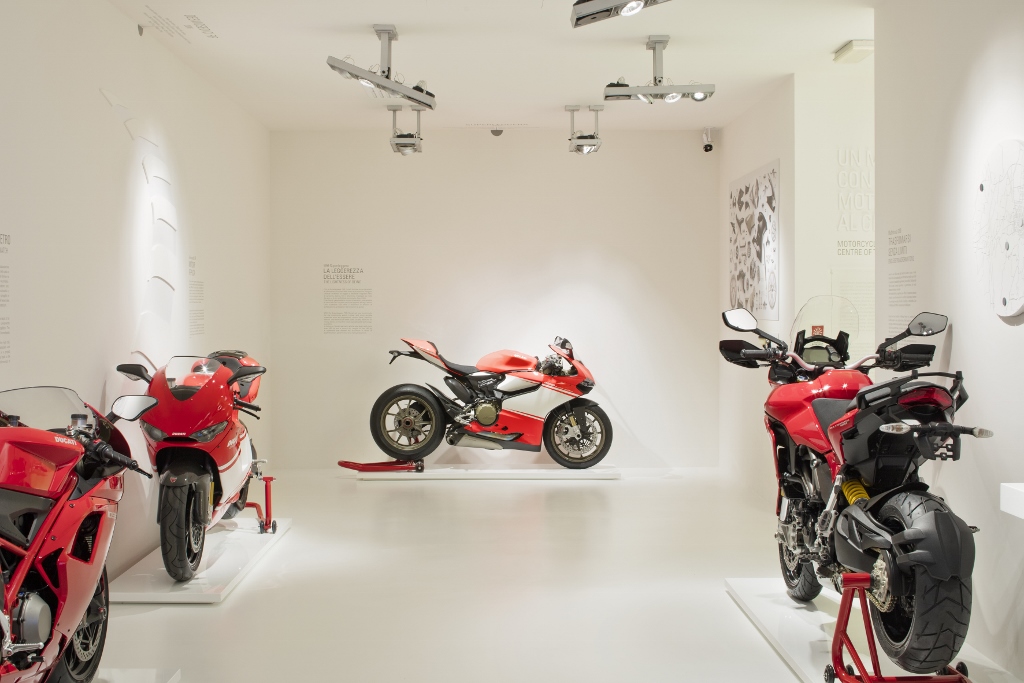 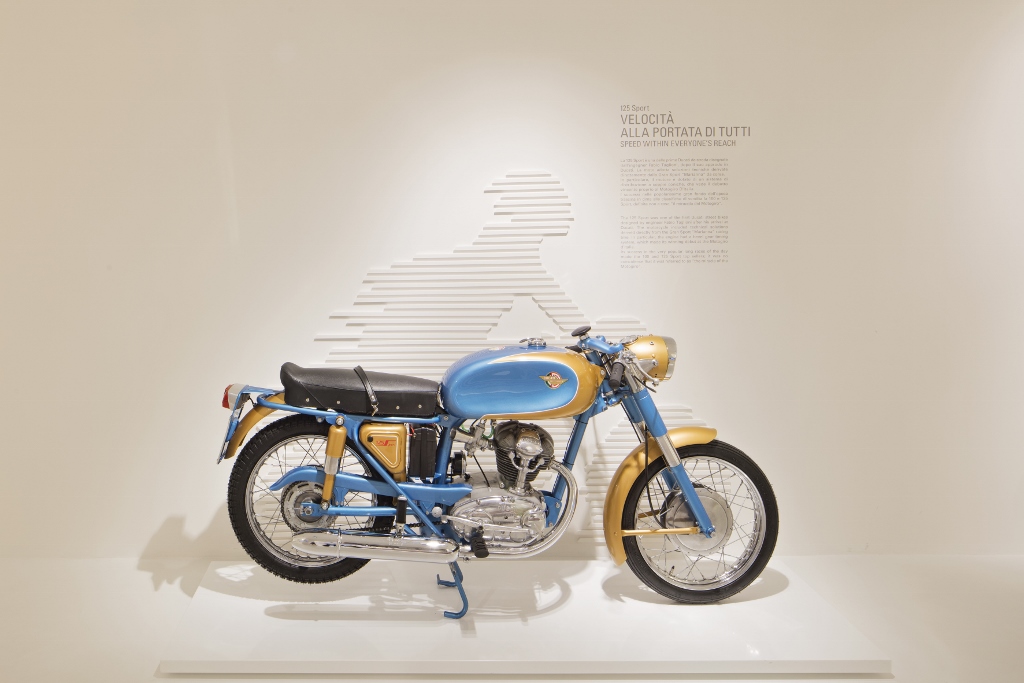 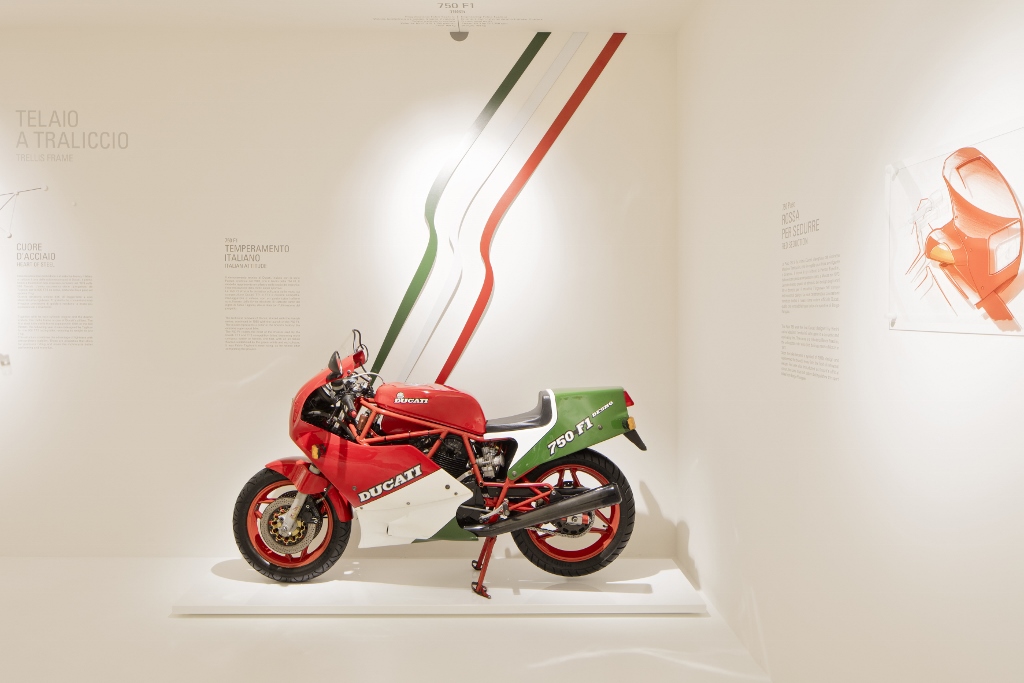