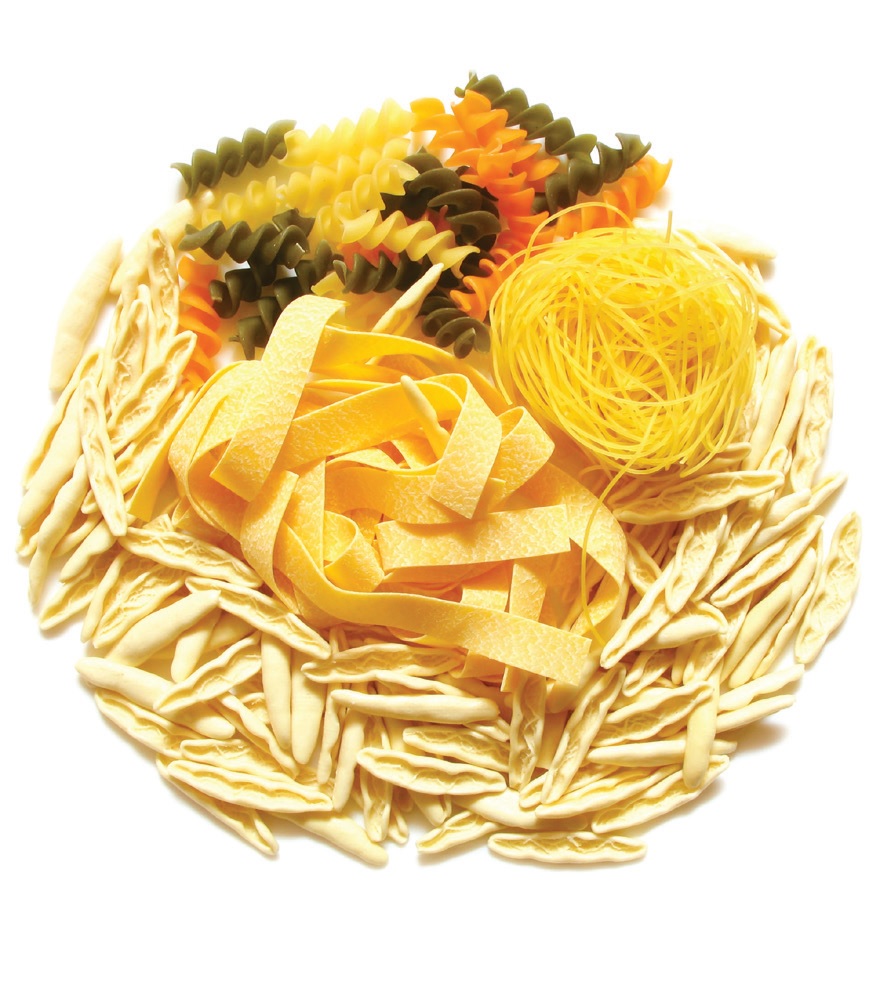 The tradition of mixing water and flower (from wheat or other cereals) and rolling it out in order to obtain sheets of fresh pasta of different thicknesses, dates back to the ancient world, probably originating with the Egyptians and there is ample documentation of its use in Roman times. The use of pasta spread above all during the Middle Ages and we know that it was produced in various formats and then cooked in water, broth or milk.

The use of dried pasta was more common in the centre and south of Italy under the influence of Arab culture, whereas on the Padana plane it was far more common to find fresh pasta, either used alone as sheets or cut into strips or stuffed. 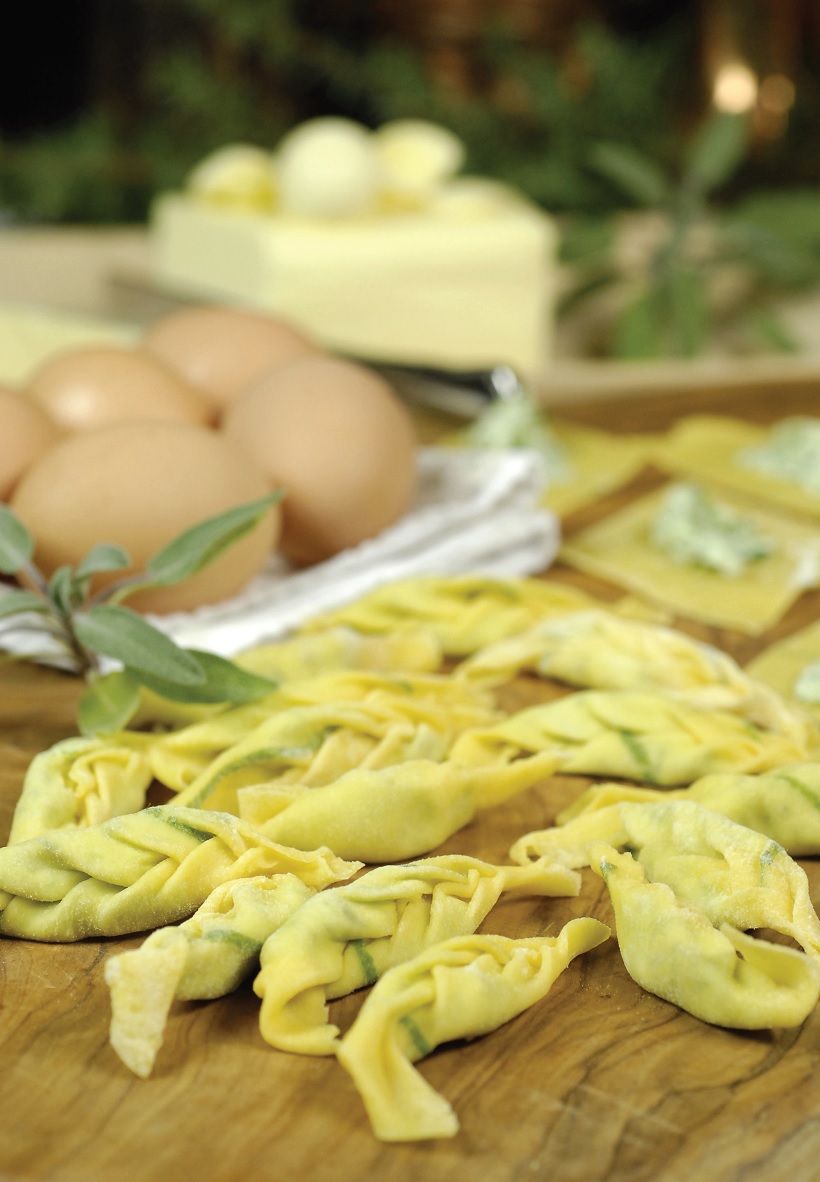 For the nobility, fresh pasta was used as a type of side dish while for the poor it represented a single main meal. Even today, fresh pasta is extremely common in Emilia as well as other Italian regions. It can be made at home or bought handmade from artisan workshops while in some cases it is produced on an industrial scale. Usually the mixture consists of white flour and egg, sometimes with the addition of water, fats or other ingredients which provide colour or add flavour (pasta aromatizzata).

It is quite rare for cereals such as semolina or bran to be used since they make it more difficult to make the dough (however buckwheat is used to make pizzoccheri). Fresh handmade pasta purchased from shops must contain at least four fresh eggs per kilo of flour while in the case of homemade pasta the usual dose is one egg for 100 g of flour.

The best fresh pasta is made using a pastry board and is rolled out by hand using a rolling pin. In this way the pasta has a certain roughness which makes it ideal for absorbing the sauce. Good results can also be achieved using a fresh pasta machine.

Pasta aromatizzata, or flavoured pasta, is made by adding vegetables or spices to the pasta dough. This can be seen in green Emilian pasta where spinach is added to the dough. Stinging nettles are also used. In Liguria the addition of borage is common and saffron in Sardinia. Human imagination has also come up with many other types using a variety of ingredients such as tomatoes, cacao, pumpkin, carrot and black squid ink. Stuffed pasta is made by wrapping fresh pasta around the filling which is usually made with meat.

Each region has a different name and shape for their stuffed pasta. Perhaps the most famous are Bolognese tortellini but since they come from an old tradition, there are many varieties to the recipe which depends on the precise area where they are made. 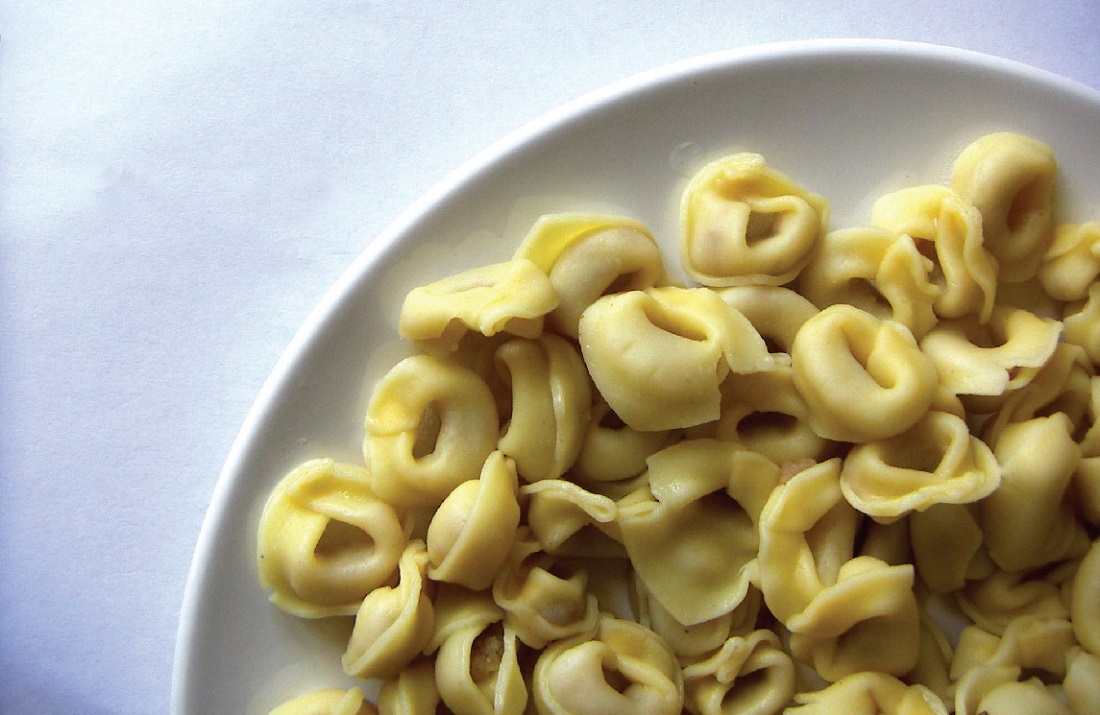