The History of Lucca 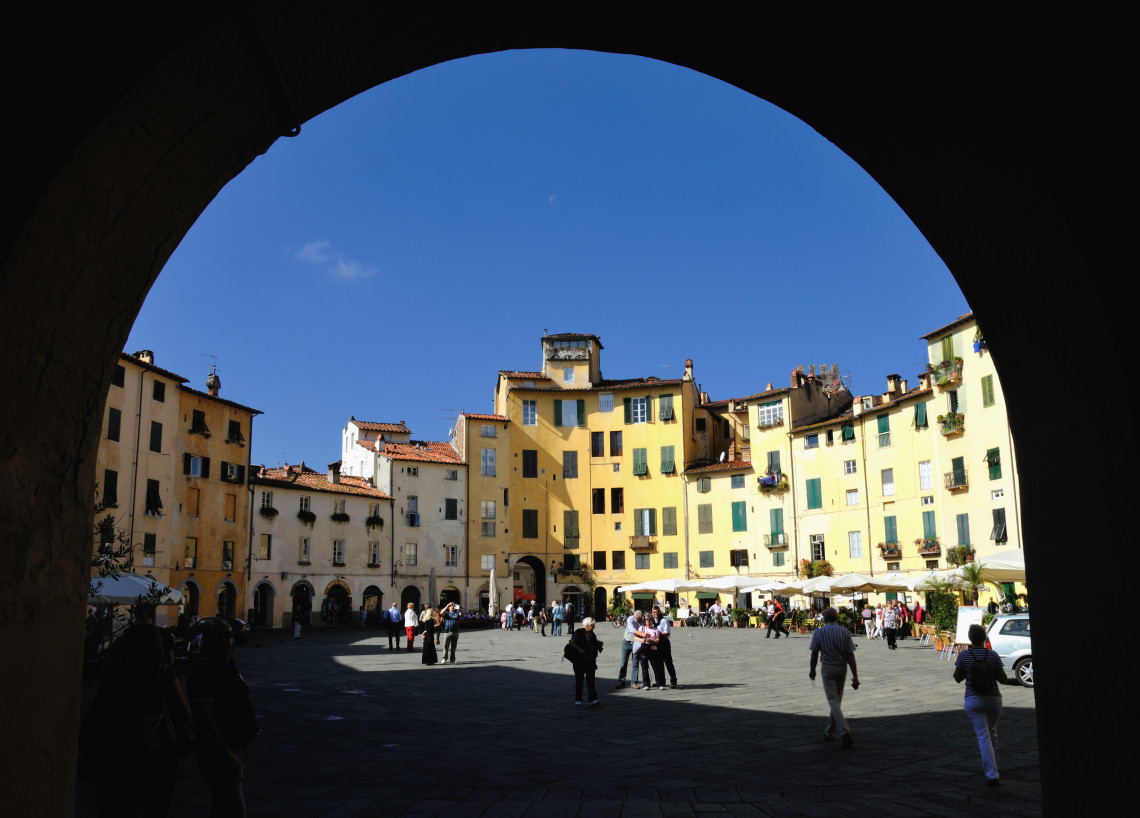 Leaving Pisa and crossing a small group of hills, whose highest point is Monte Serra, you will arrive at the charming town of Lucca. Like Pisa, the town was probably founded either by Liguri or Etruscan tribes. Its documented history begins in 180 BC when the town was re-founded as a Roman colony, an act that has left its imprint on the architecture of the town we see today.

The Romans divided the town in their usual way at the intersection of the two principal roads: the Cardo (north-south) and the Decumanus (east –west). The ancient Forum was situated at this intersection, where nowadays you will find the beautiful church of San Michele in Foro (St Michael’s in the Forum). 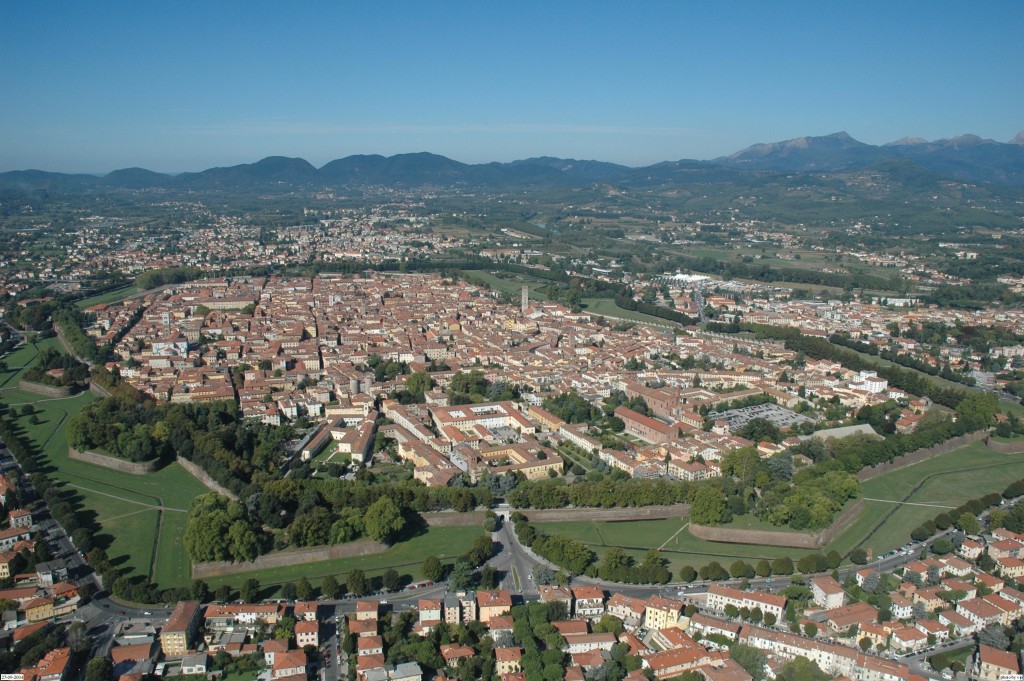 The Romans also built an impressive amphitheatre whose strong walls were exploited during the Middle Ages for building houses. Its original shape can still be seen clearly in the oval shape of the modern Piazza dell’Anfiteatro.

Lucca was mentioned by Plutarch as the setting for the meeting between Julius Caesar, Crassus and Pompey in 56 BC,  when they made their agreement that would re-cement the First Triumvirate. After the fall of the Western Roman Empire the city was fought over by Goths and Byzantines. In the sixth century Archbishop Saint Frediano, an Irish ex-monk who was engaged in the fight against the Aryan heresy, ordered the building of the city’s first cathedral which was dedicated to St Martin of Tour. The city’s patron saints are Saint Martino and Saint Paolino, however their role in the religious life of the city pales into insignificance when compared to the veneration of a miraculous holy relic the Santo Volto: a wooden crucifix and sculpted Christ which was supposedly created “without human hands” and was given to St Nicodemus after he helped Joseph Arimathea take Christ down from the cross.  According to chronicles the relic was brought to Lucca the eighth century and its presence brought large numbers of pilgrims to the town. The festival celebrating the crucifix remains the most important religious celebration of the town.

In the Middle Ages the city flowered economically and politically, and for a period it was one of the most important cities in Italy. It became the capital of the Dukedom of Tuscia as part of Charlemagne’s empire. 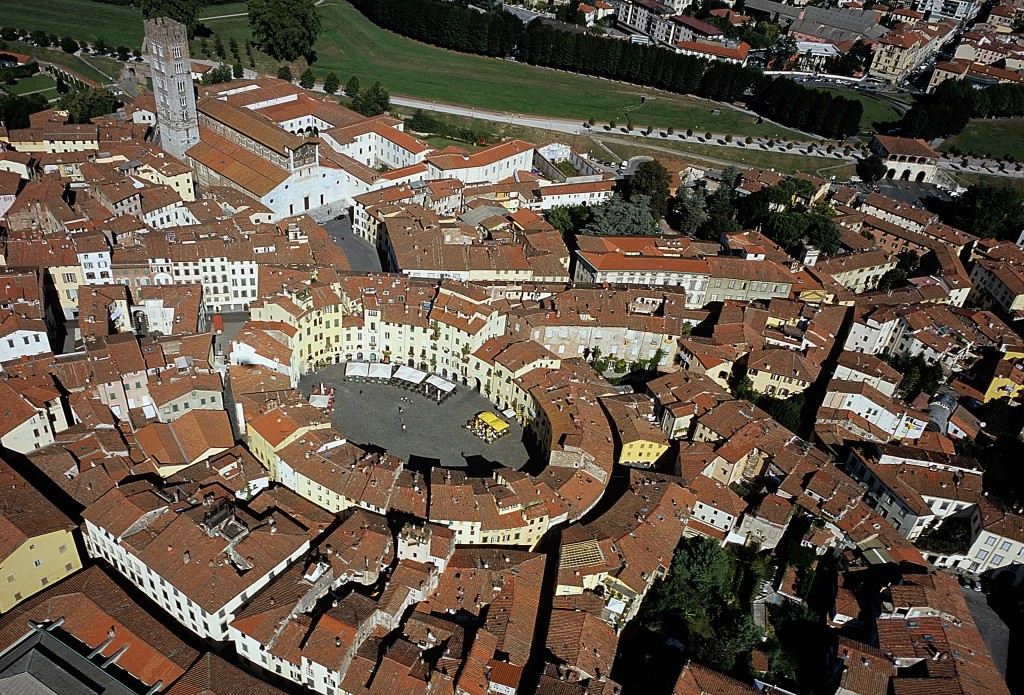 Between the 11th and 14th centuries Luccan Silk was highly admired all over Europe both for its quality and beautiful designs. Exploiting the Via Francigena, the pilgrim route that led from Canterbury to Rome and passed through Lucca, merchants and pilgrims took Luccan silk to foreign markets. In the 14th century Lucca was governed by the astute Ghibelline, Castruccio Castracani and the city was an extremely powerful rival to Florence. In 1325 inferior Luccan forces defeated the Florentines at the battle of Altopascio and ensured the city’s independence, which it retained until 1799 when it fell to Austrian troops.

In 1805 the Principality of Lucca and Piombini was entrusted to Napoleon’s sister, Elisa Baciocchi. As Tolstoy wrote in the opening lines of War and Peace: “Well, Prince, now Genoa and Lucca are merely family estates of the Bonaparte’s”.