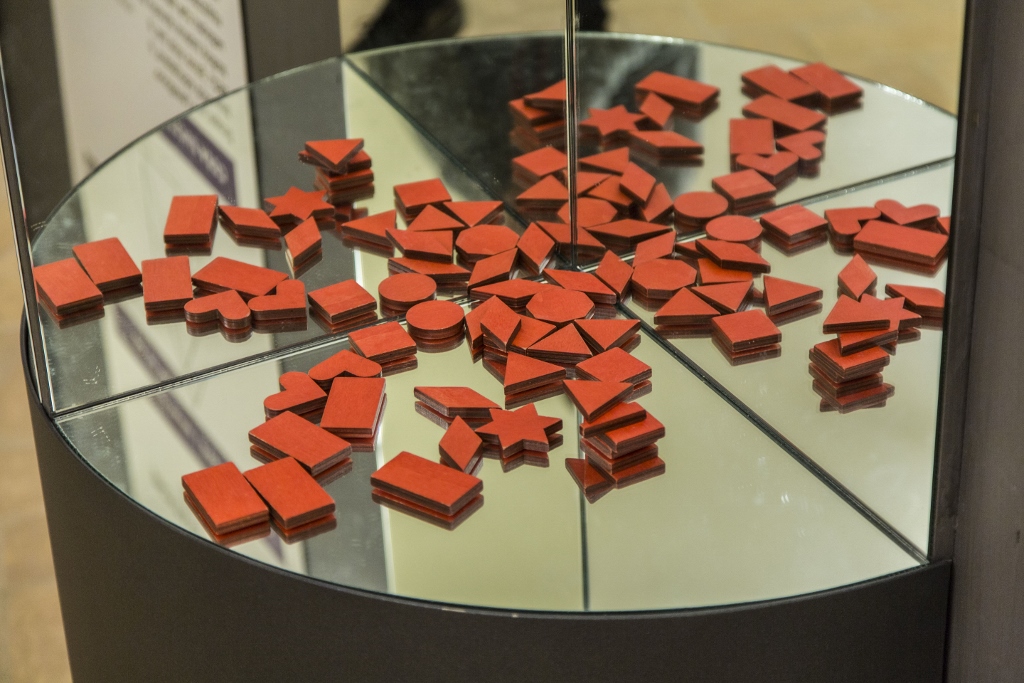 Balì Museum: sparks, earthquakes, physics, in your eyes, under your feet

The Museo del Balì is in the middle between the Fano sea on one side and on the other, towards the Apennines, the Passo del Furlo. Furlo and Fano are truly wondrous must-see tourist attractions. The Museo del Balì is situated beside the Roman Via Consolare Flaminia. 12 kilometres along this historical route, it takes a detour to the town of Saltara. Here is the high clearing of Balì. We are greeted by an avenue lined with cypress trees. They are at once both polite and careful.. And after a hundred metres like a backdrop at an outdoor theatre,  the large seventeenth century villa opens out 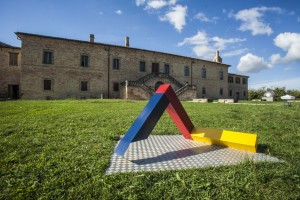 before us. It is incredibly beautiful. The Villa-Museum bears the name ”Del Balì” because the noble who restored it in the second half of 1600, was a high ranking dignitary of the ”Order of Saint Stephen” whose duty was the very honourable rank of Bailiff. As the villa had been owned by a celebrated Fano Cardinal renowned as an astronomer, it was afforded great importance for physics experiments and astronomical research of stars, nebulae and the Milky Way.

There’s even a large planetarium. Where those who come to closely admire the sky of our northern hemisphere can say to the astronomer who points and explains with – will you give me a star?! and the astronomer responds by asking them to choose one. Even as far as naming them Rose, Mario, Francis or Ivan and Gaul making everyone laugh! In the actual planetarium there is a spectacular series of evocative rooms. There are mirrors to be touched and you can fly away, you can touch a nickel-plated iron ball that will make your hair stand on end, a wheel containing glass containers, arranged according to the Pythagorean theorem all of which prove how the square of the hypotenuse holds as much water as the squares on the other two sides. Magic. 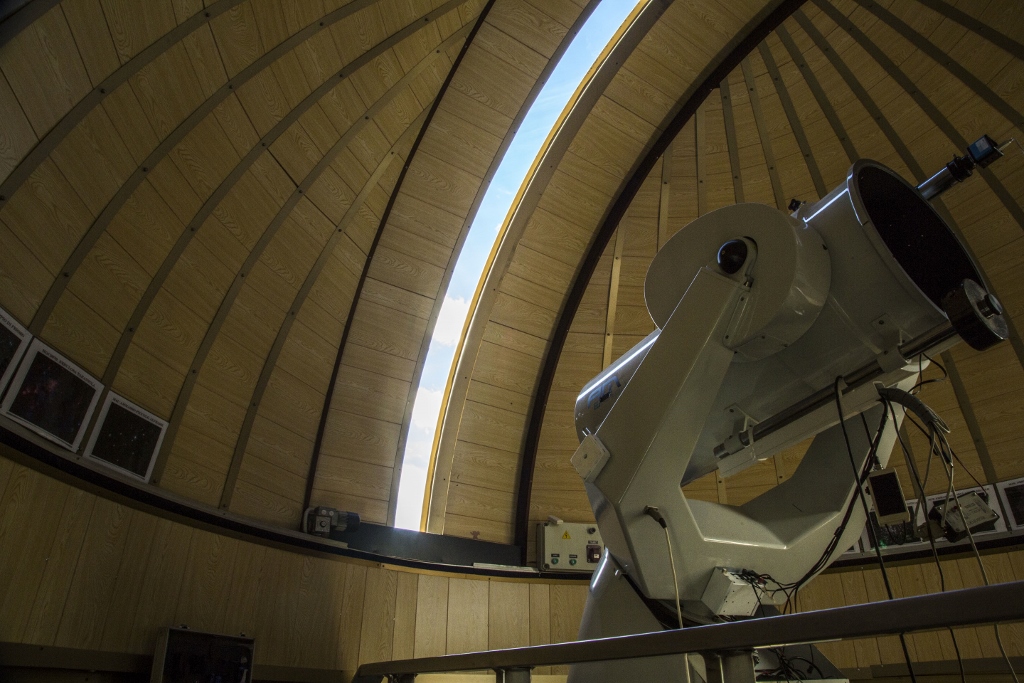 Then there is the earthquake room. You enter an iron box. You press a button and suddenly you are shaken by jerking, undulating tremors.. Better move on to the very entertaining pulleys. Just sit in seats suspended from a pulley, tied to a beam, pull a string an up it goes, effortlessly. As if you suddenly weigh less. And along with the feeling of weight loss comes disorientation and loss of balance. Just go into the tunnel. There is a walkway that upsets your balance and vision. It makes your head spin and leaves you dizzy.

In the Museo del Balì, the only rule is: Forbidden not to Touch”! One of the rooms to the right, one of a few choices, there is a big screen which analyses the viewer’s body with infrared rays. Therefore, like in a print, bodies and faces change to green, red and yellow, according to the temperature of body parts. Further on there is a strange machine that makes the magician. It is an iron ball where they make you overlay foil cups. The “Maestro” touches a lever and one by one the glasses flip away. Wow! Touch it to believe it.

In the great esplanade of the Magic Villa of Science there is a metallic silver hemisphere. It is the astronomical observatory. It awaits guests who want to know about the stars. And there is the Astronomer. So everyone, each evening, will know what the constellations and the tails of broken meteorites recount. They are streaks of a great burst of stars that the sky pours forth onto the earth, as an Italian poet wrote. Once you arrive at the Museo del Balì, you’ve seen it all. Actually not! as there is also a great restaurant amongst the trees and in the large old building there is also a welcoming B & B. So readers will have a lovely night who want to also look at the next day from a beautiful green hill, not far from the mountains, a stone’s throw from the sea. The Sea of ​​Fano, city of the Goddess Fortune. 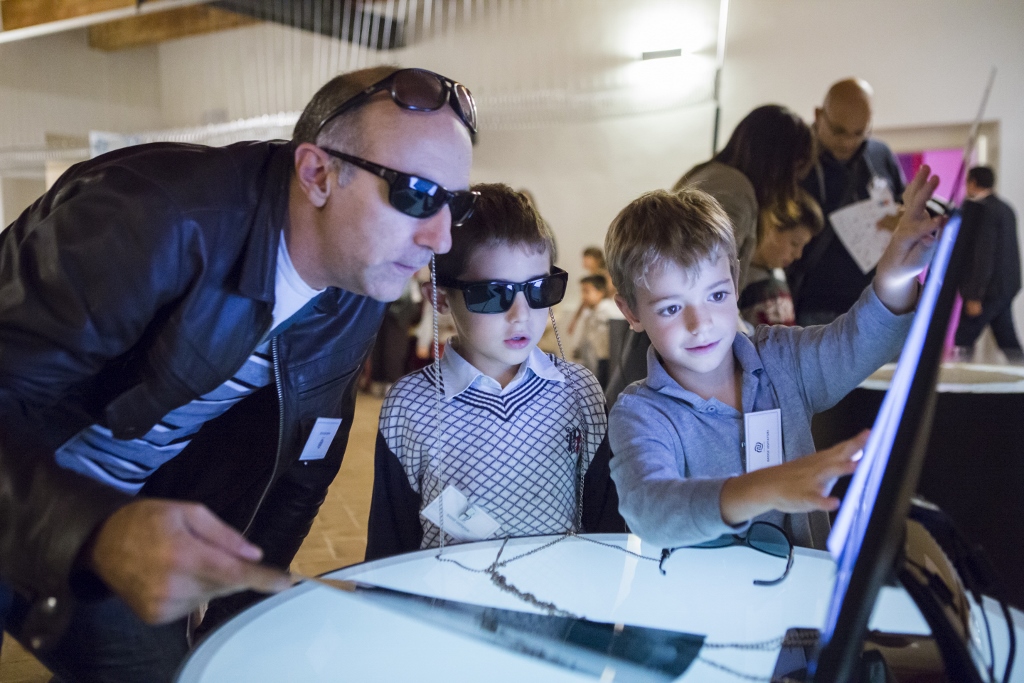 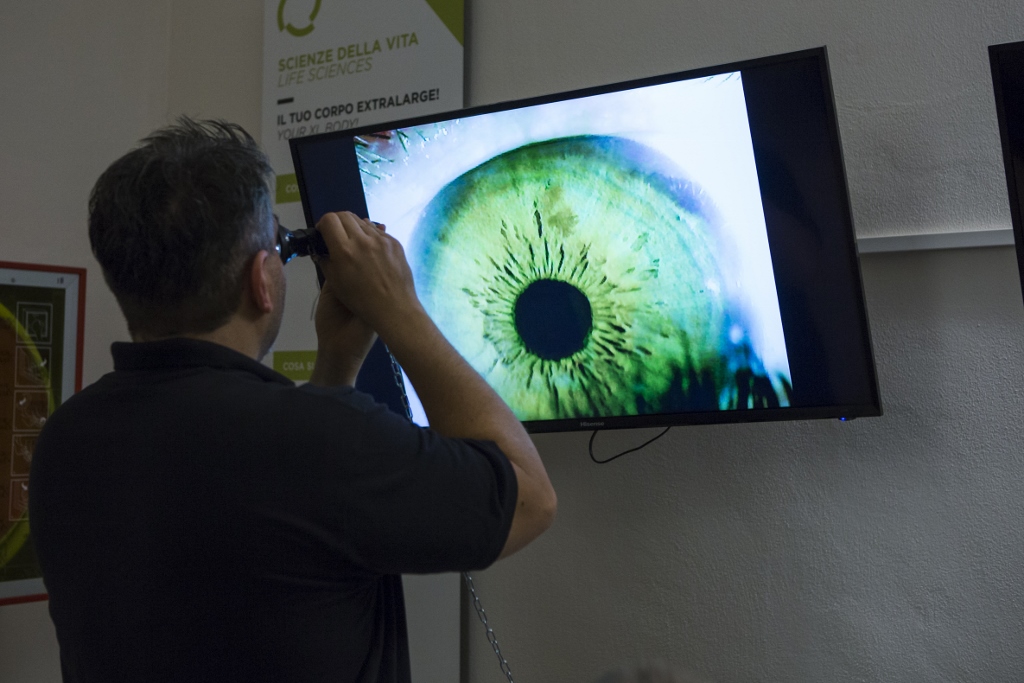 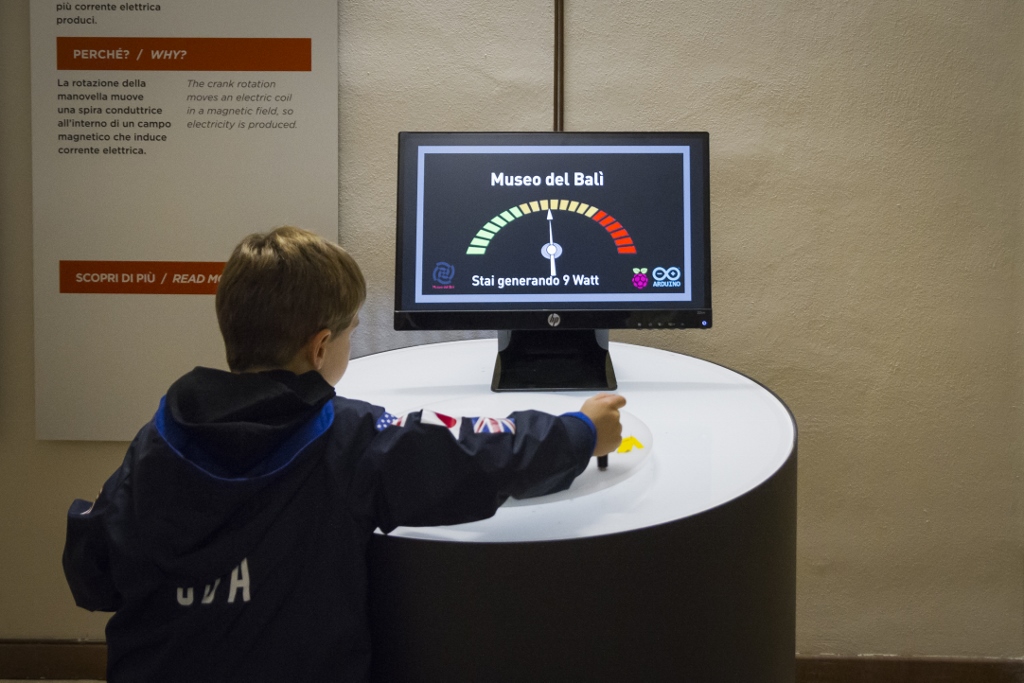 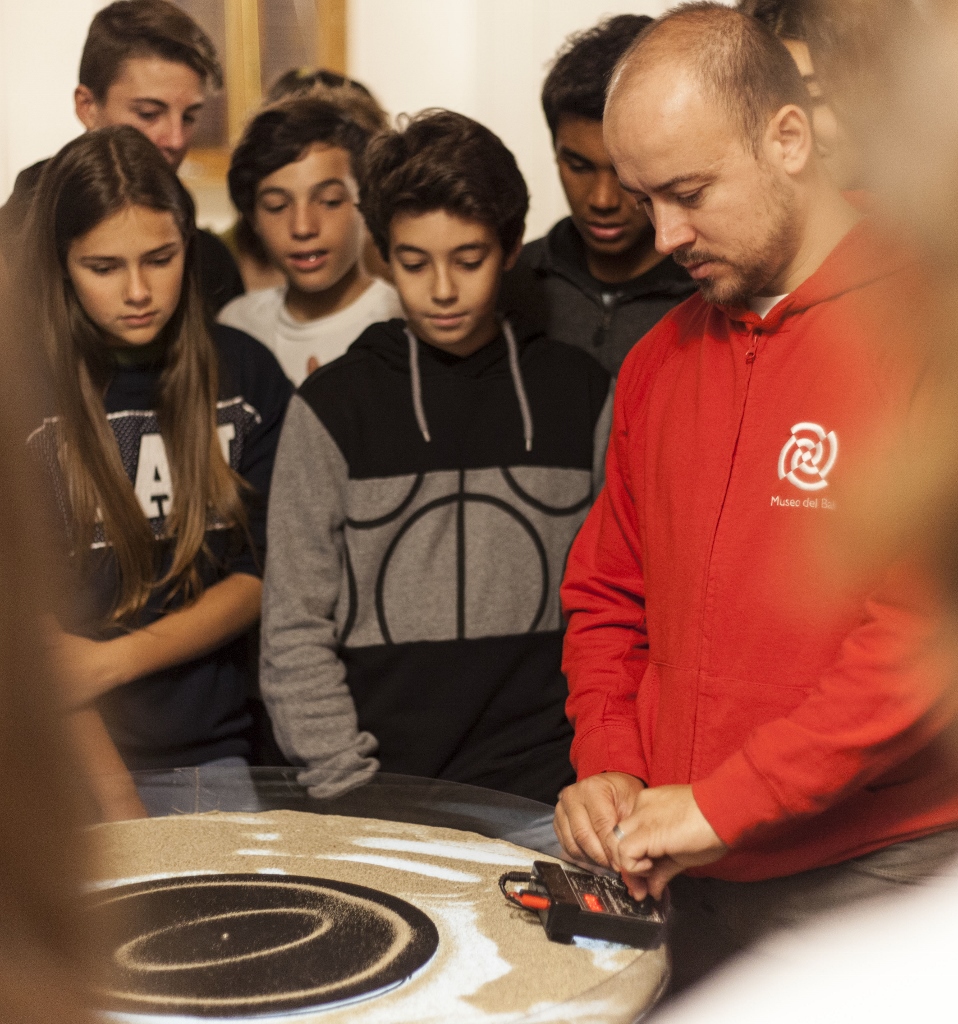 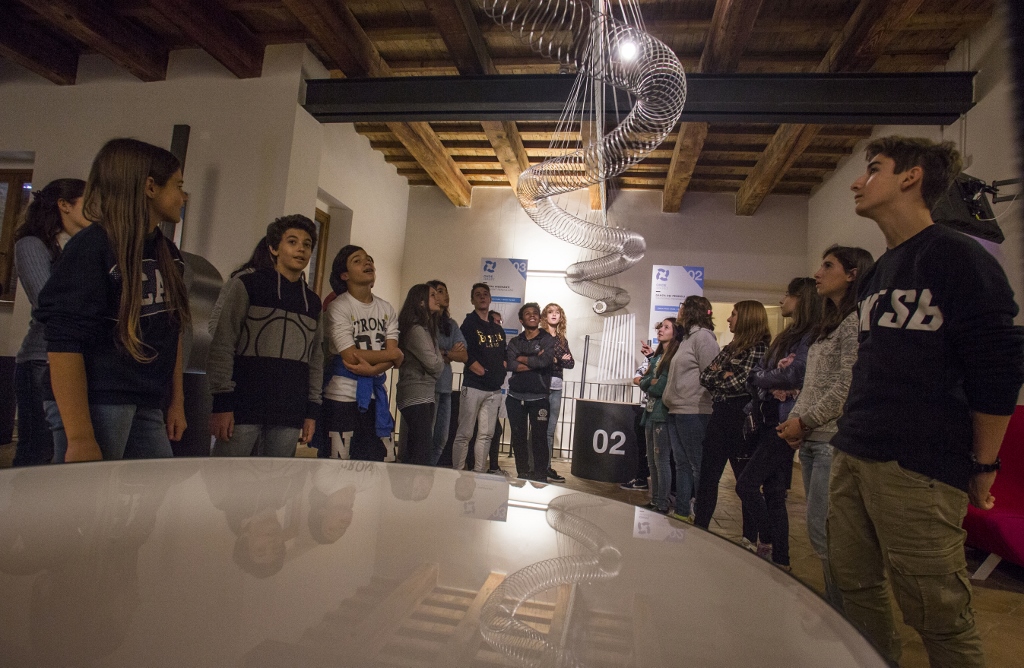 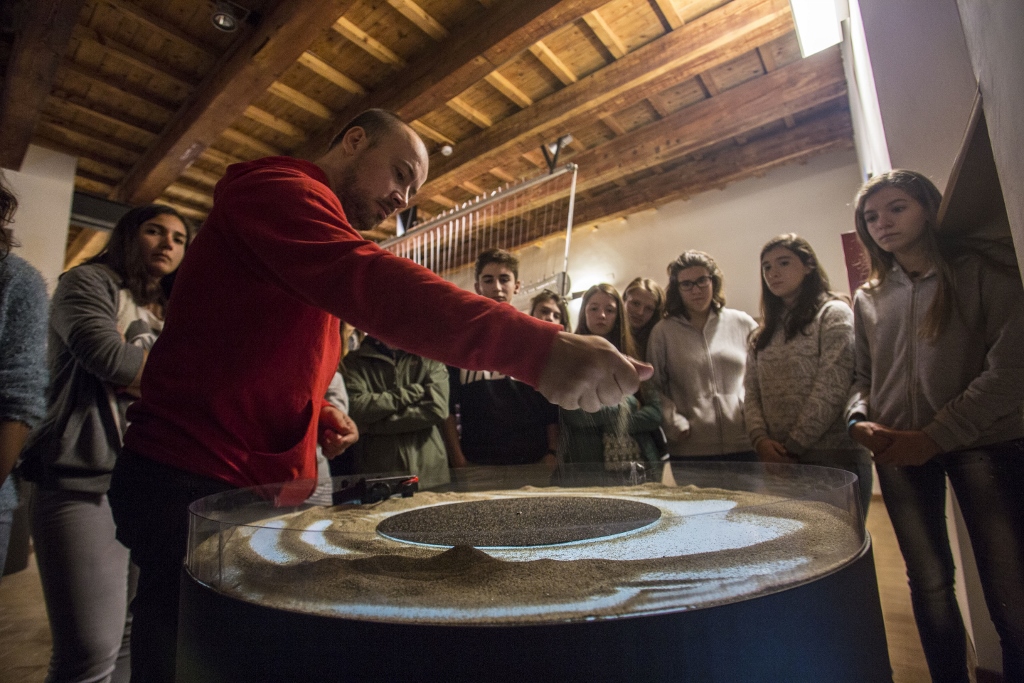 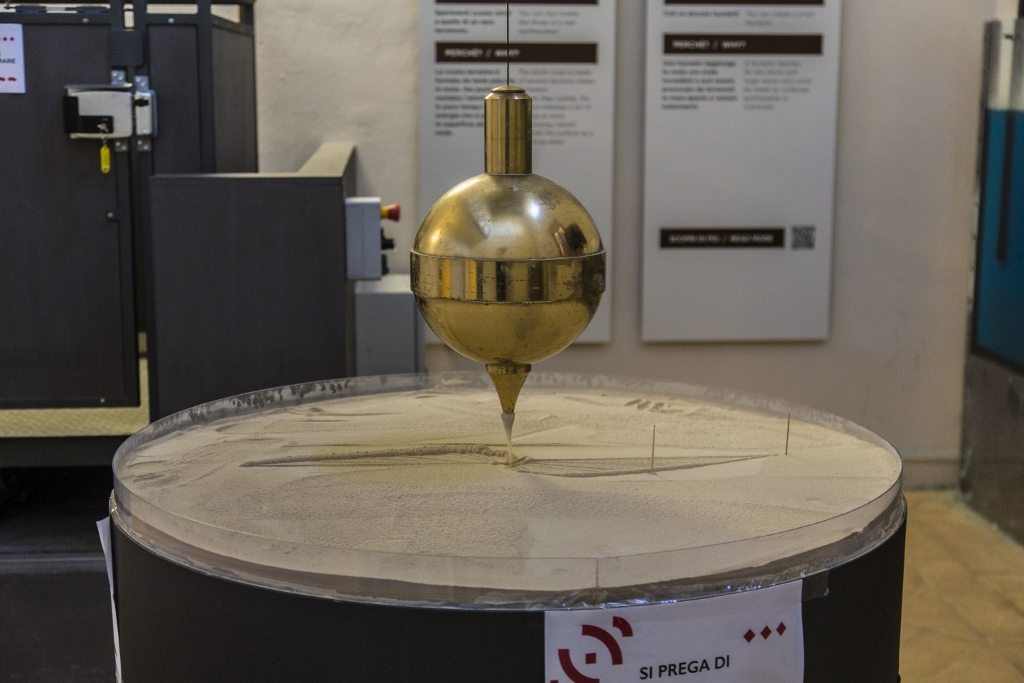 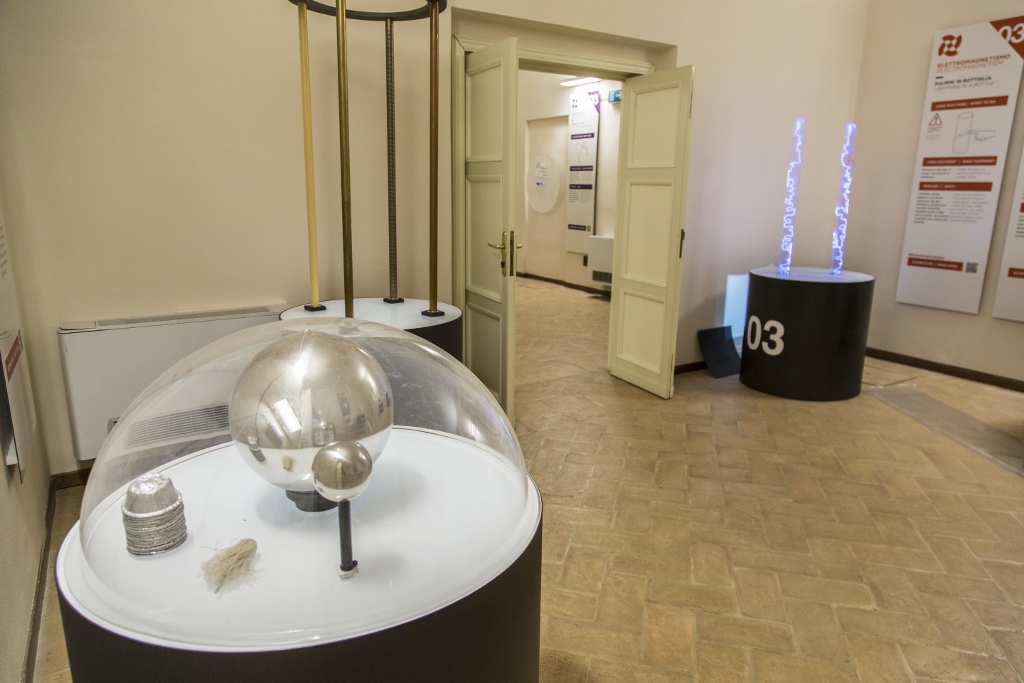 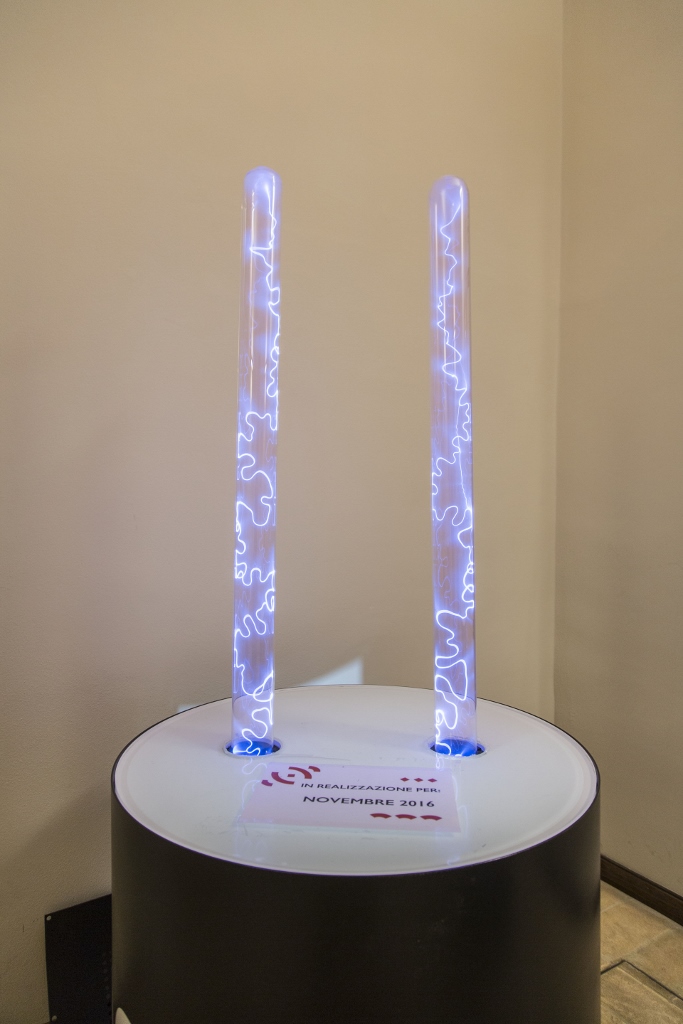 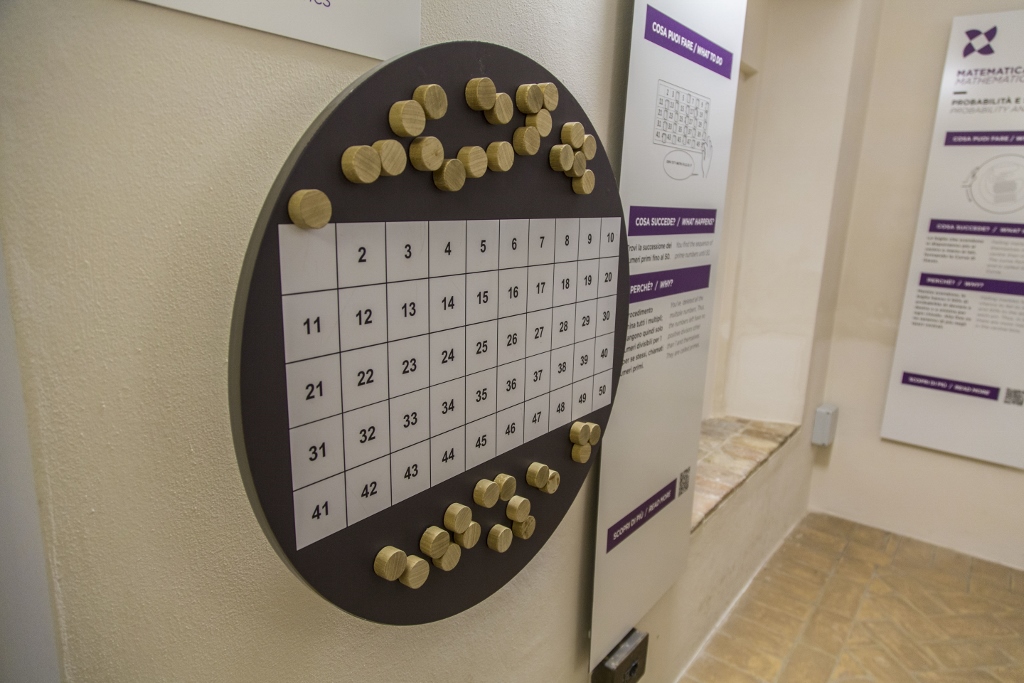 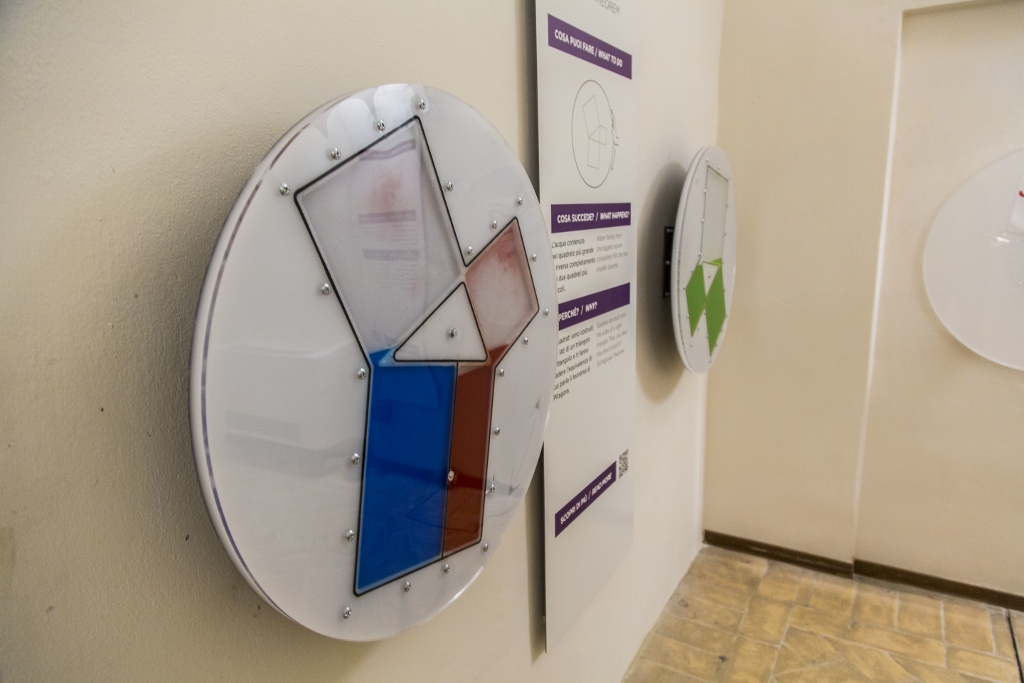 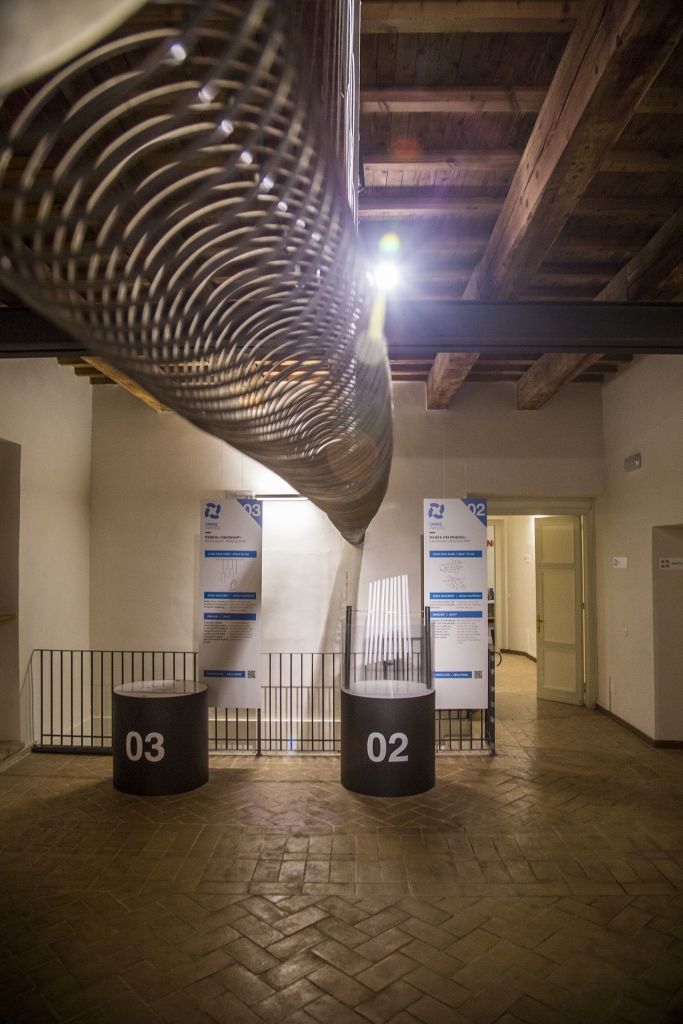 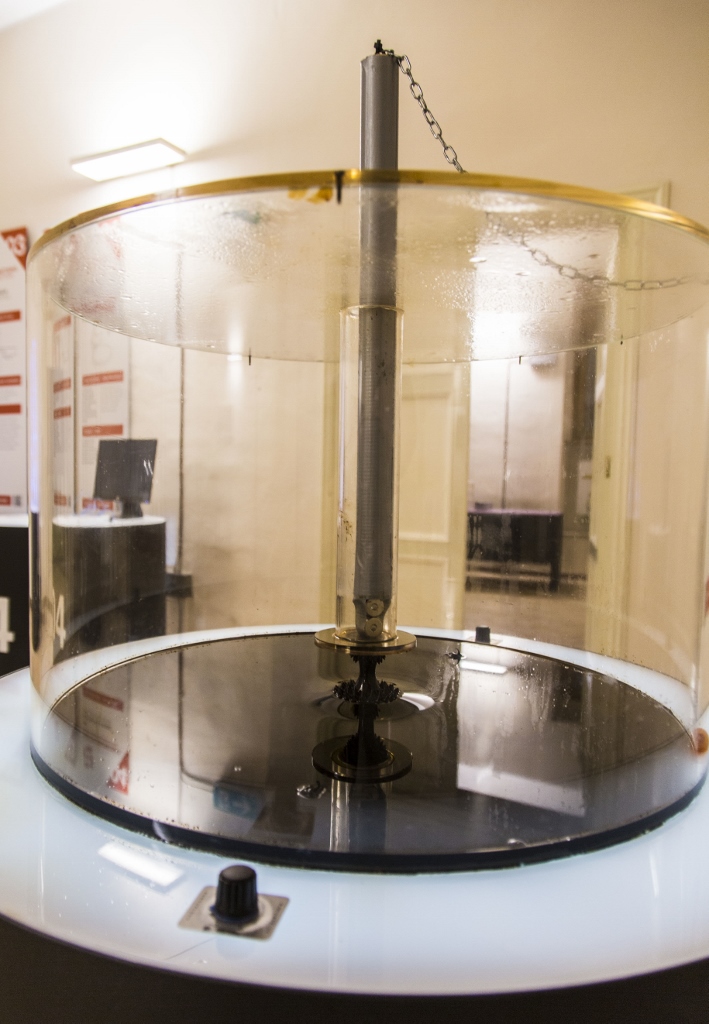 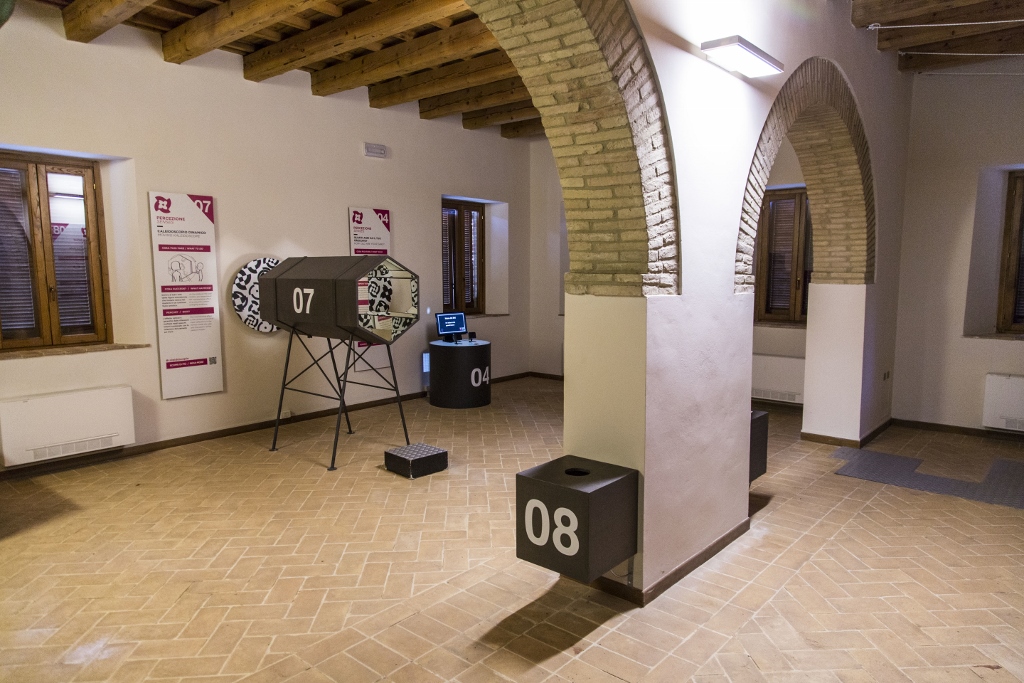