Pagani Automobili: Dreams have no price 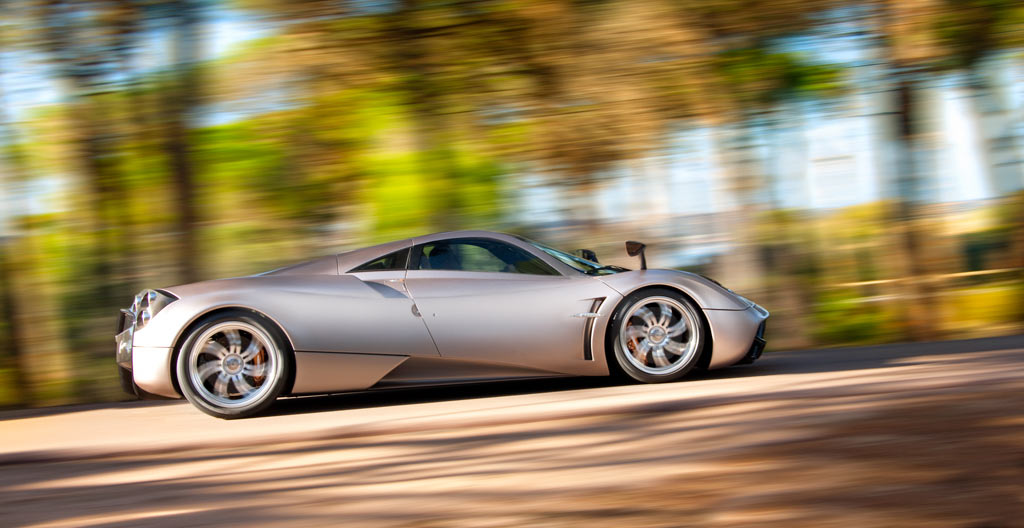 If this small, efficient company based near Modena is today one of the most admired producers of sports cars in the whole world, it is due to the incredible passion, competence and perseverance of its founder and owner.

In the world of the motorcar there are still incredible stories to tell. Today cars are often spoken about only in terms of numbers, statistics, and performance. Vehicles are designed, produced, sold and replaced with an increasingly high frequency, and this frenetic trend tends to hide the true essence of what lies at the heart of the manufacture of a car: true passion, hard work, the desire to stun the world, and producers who are prepared invest simply everything to realise their dreams. These are the people who despite the chaos of everyday life still manage to provide us with the most fascinating tales and Horacio Pagani, the founder of the automobile company of the same name is one of these people . 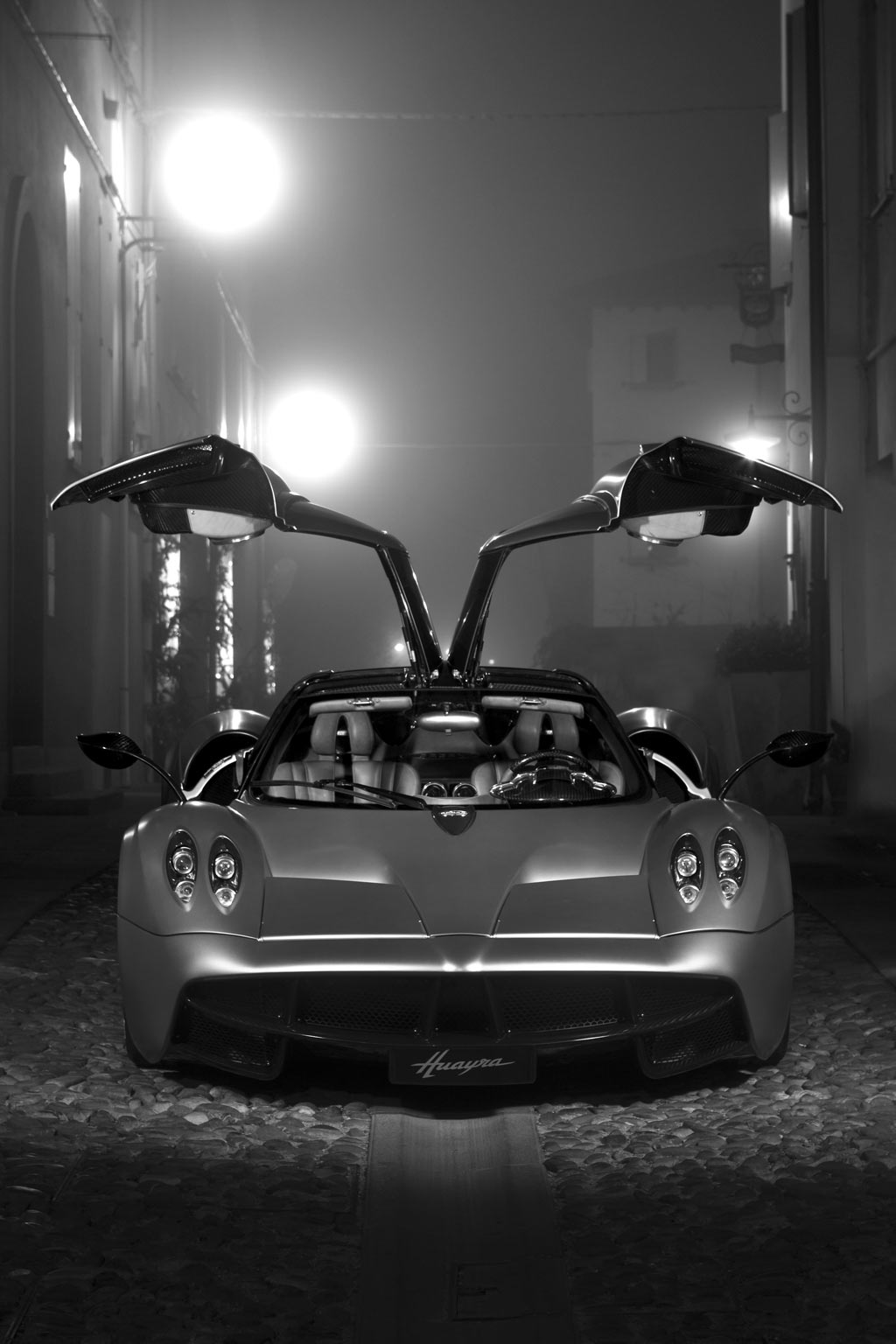 In the sparkling world of Italian supercars, Pagani Autombili stands out amongst the great producers of the sector, even though it is decidedly smaller in size and workforce than its principal competitors such as Ferrari, Lamborghini and Maserati. However size is not the only thing that counts and it seems that his small but hyper-productive company is not experiencing any of the difficulties associated with image or turnover that are afflicting others in the world of luxury cars in this period of crisis.

The secret of the success lies in the spirit of the team, made up of 53 technicians who work on the production of these cars and in the passion of the owner, President, designer and test pilot: Horacio Pagani. Son of a baker from Piedmont who emigrated to Argentina, Pagani seemed to be predestined for success. By the age of 12 he had already built rudimental balsa wood models of cars in Casilda the little village where he was born. At 20 he debuted in the world of racing, creating a F3 racer which competed with the colours of the official Renault team.

The turning point came however with his arrival in Italy in 1982 when he met the legendary Juan Manuel Fangio and came into contact with the “land of the motorcar”. For many years Pagani worked for Lamborghini, initially as a chief engineer and afterwards as an external collaborator. In 1988 he founded Pagani Composite Research, the company that would be the determining factor in the realisation of “fireballs” such as the Diabolo . An intense passion drove the young Pagani to bring about the creation of his own supercar. The end of the 1980s saw the first drafts for what was called “Project C8”, the genesis of the car that would make Paganii famous all over the world. 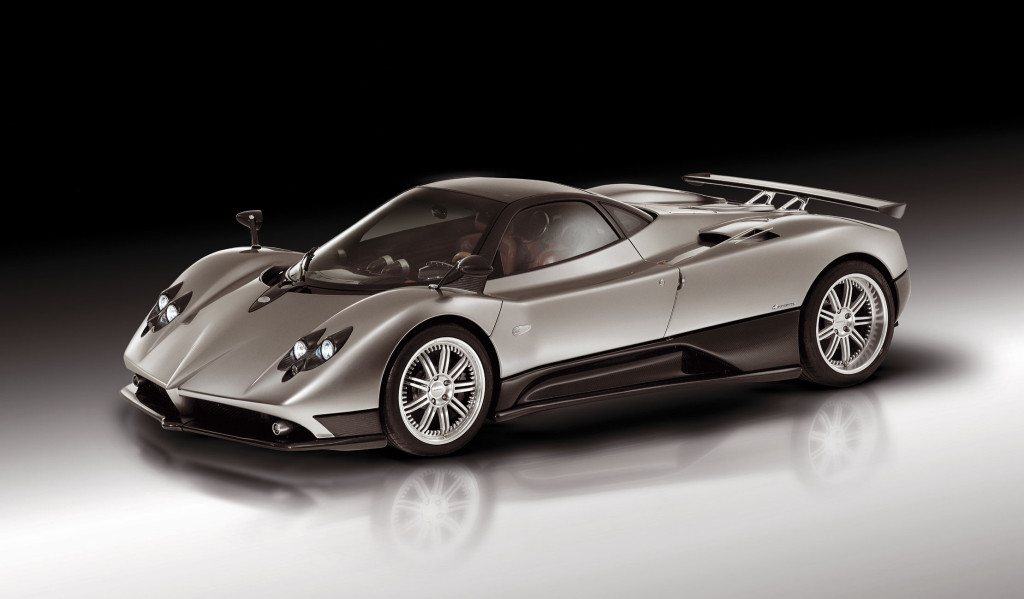 In 1991 by Pagani created Modena Design a supplier for sports cars such as Dallara, Ferrari, Lange e Renault and the following year he revealed the first prototype of the Fangio F1 (which was later renamed Zonda, out of respect, following the death of Fangio who died in 1995). Fangio suggested he contact the management of Mercedes-Benz and two years later obtained a contract to supply AMG motors with pieces that were completely handmade. Pagani Automobili was founded in 1998 at San Cesario sul Panaro near Modena and in the same year the Zonda began its life. With the official launch at the Geneva salon in 1999, this new supercar, the Zonda C12 – handbuilt with a carbon fibre chassis and bodywork, the name Horacio Pagani began to travel the world.
Slender, aggressive and luxurious, this car, which takes its name from a wind which blows through the Andes, has been admired in all its 10 versions and special editions, gaining critical acclamation from the major reviews in the sector. With its exclusive and highly refined technical solutions it soon became a cult car for those impassioned lovers of cars – an instant classic. Apart from the original C12 the most highly appreciated models are the Zonda F (the “F” in honour of Fangio) and the Zonda R which both exist in roadster version, combining a super aerodynamic design with the incredible power of the Mercedes AMG V12 engine. The race track is the most natural habitat for this car and the last R model launched in 2009, boasts 700 CV reaching speeds of 350 km/h. 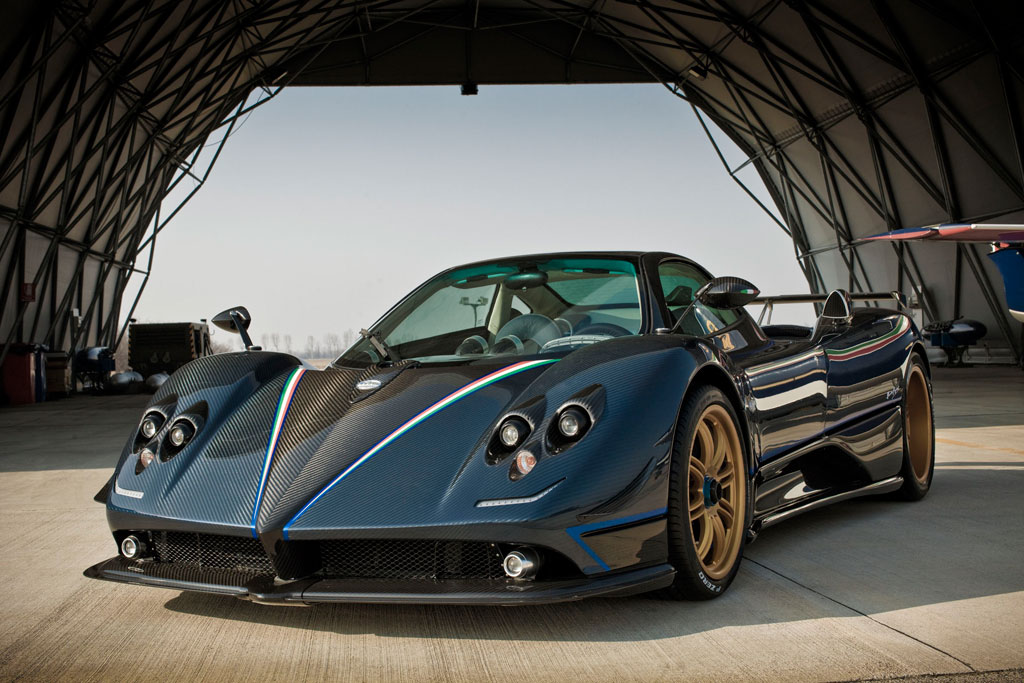 With the success of the Zonda, Pagani rapidly became a niche company satisfying the desires of anyone who wanted a luxury racing sports car that could also be for everyday use. The incredibly high price and amazing performance did nothing to slow the requests from those who have had no worries about money or hesitation about realising their dreams.
To guarantee the exclusivity of his cars, Pagani only produces a small number of models, around 20 cars every year, and since 2000 130 Zondas have been sold. Each model the result of an painstaking attention to detail. Pagani Automobili is in fact a microcosm in which nothing is left to chance. Each part is given a most thorough testing and there is a special register which records the genesis of every model, any defects and the repairs.
Inspired by the Renaissance philosophy of Leonardo da Vinci, who believed that art and science are inseparable, Horacio Pagani launched his new creation in 2011. The Huayra would replace the Zonda, to whom it owes its stylistic inspiration. Combining artisan, art and high technology, the Huayra, saw the light of day after seven long years of hard work. A true object of desire, taking its name from the Argentinean god of the winds, it maintains the same proportions as the Zonda but for the rest it is a totally original project. 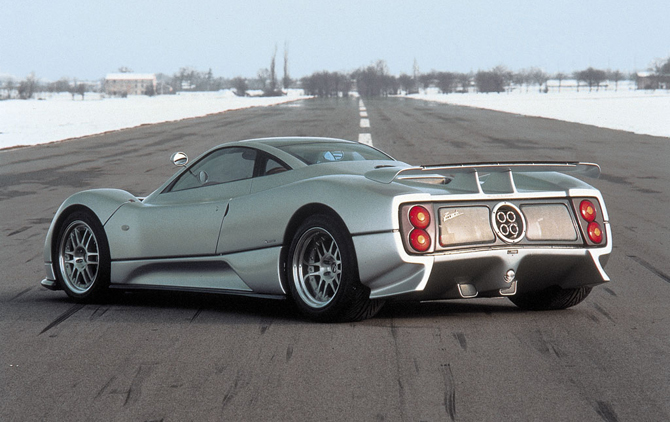 Its form is even more slender and light, carbon fibres dominate the bodywork and the gull wing doors and mobile aerodynamic flaps on the bonnet and the tail mean Huayra is continuously changing its form, guaranteeing minimum friction with the air. The powerful V 12 AMG 6.0 engine with two turbo compressors produces more than700 CV and the 1000 Nm of torque reaching an incredible speed of 370 km/h
The new Huayra, at price of €1 million, has been such a great success, especially in the American and Asiatic markets, that Horacio Pagani has increased production. At the Geneva salon of 2012 the version made totally of carbon fibres was the star of the whole show.
Many would bet that the Huayra merely represents a new beginning for Pagani Automobili, because at San Cesario sul Panaro, a short distance from the strongholds of the “land of the motorcar” there is still some one who wants to tell a story. The story of dreams and passion which have no price.