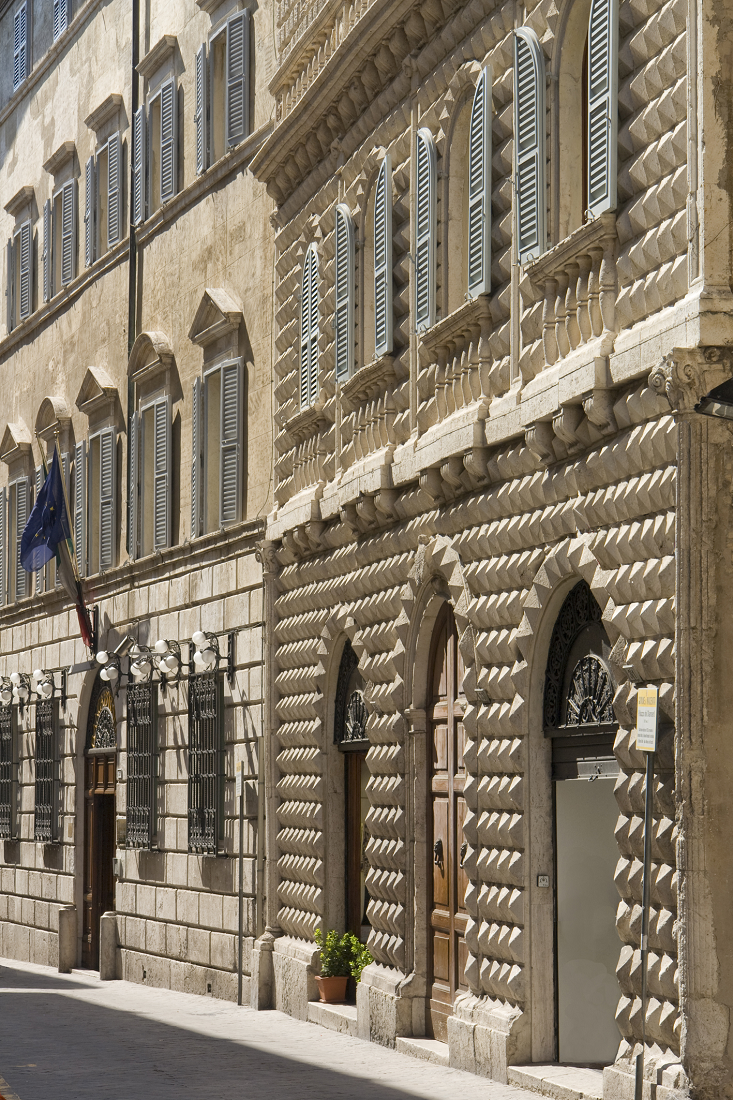 Using the well known Palazzo dei Diamanti in Ferrara as a model which was built between 1493 and 1503 for Sigismund Duke d’Este by the architect Biagio Rossetti, a similar building with a similar structure was erected nearly 30 years later (in 1535 approximately) in Macerata serving as the home of the wealthy Mozzi family.  The Renaissance had created the idea that mankind could challenge the power of God, this led to the rivalry between the old aristocracy and the nouveau riche. 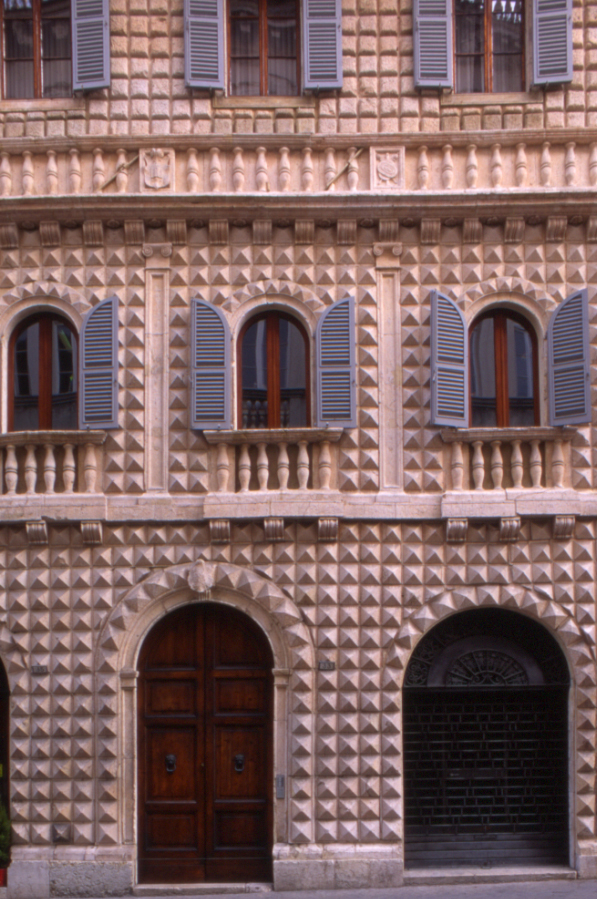 The plan for the new Palazzo dei Diamanti was drafted by the architect Giuliano Torelli. The architect had to adapt the new structure to the existing buildings as far as possible.  For example,  two Corinthian columns were placed at the sides of the base that probably came from ancient ruins.

As in Ferrara, the name of the palace comes from the outer facade decoration with diamondrusticated shaped tips. The rusticated technique for the facade of the buildings was famous and had already been used in Roman times. It was used to insulate the lower floors against noise and dust from the city streets. However, during the Renaissance, this style became purely aesthetic.