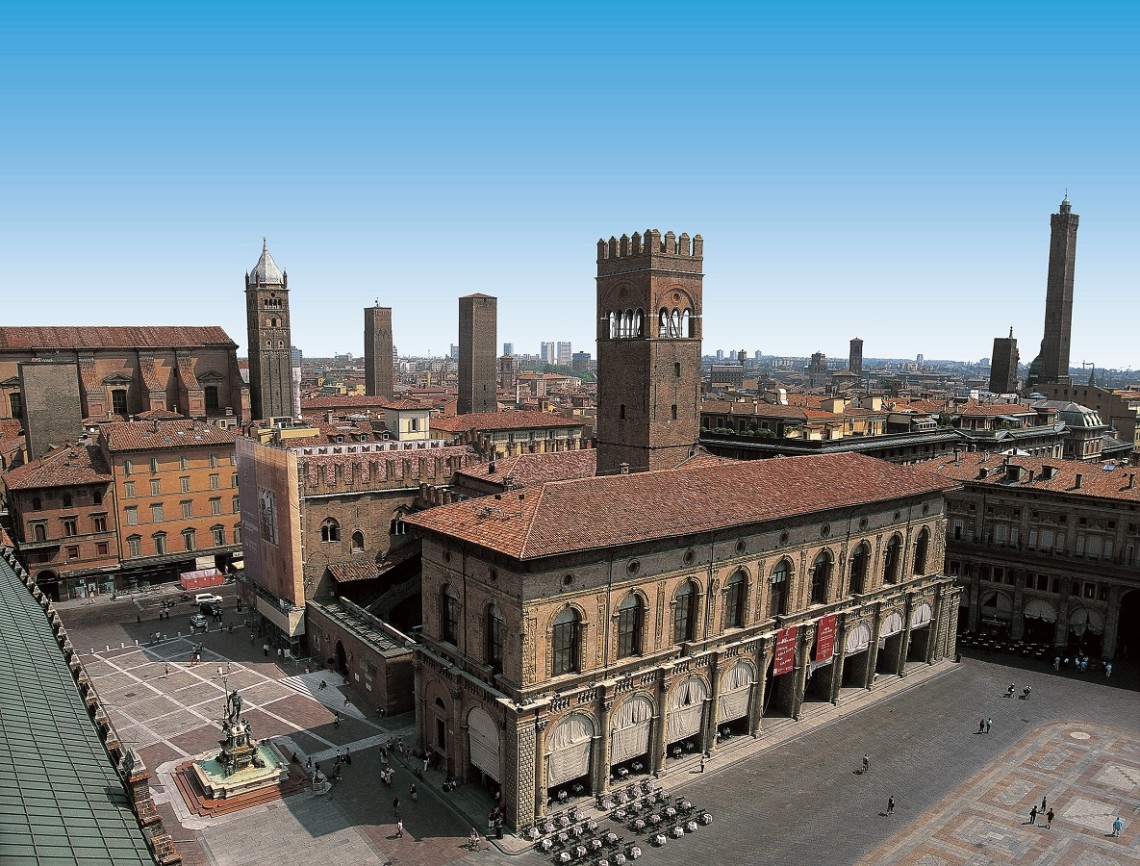 Work began on this building in 1201. In the middle ages it was the residence of the Podestà, the most important figure of authority in the town. In 1484 Giovanni II Bentivoglio, the ruler of Bologna began a series of works to extend and beautify the Palazzo del Podestà which resulted in the new façade of 1485 based on a drawing by Ridolfo Fioravanti (although some critics claim that it is the work of Bramante). 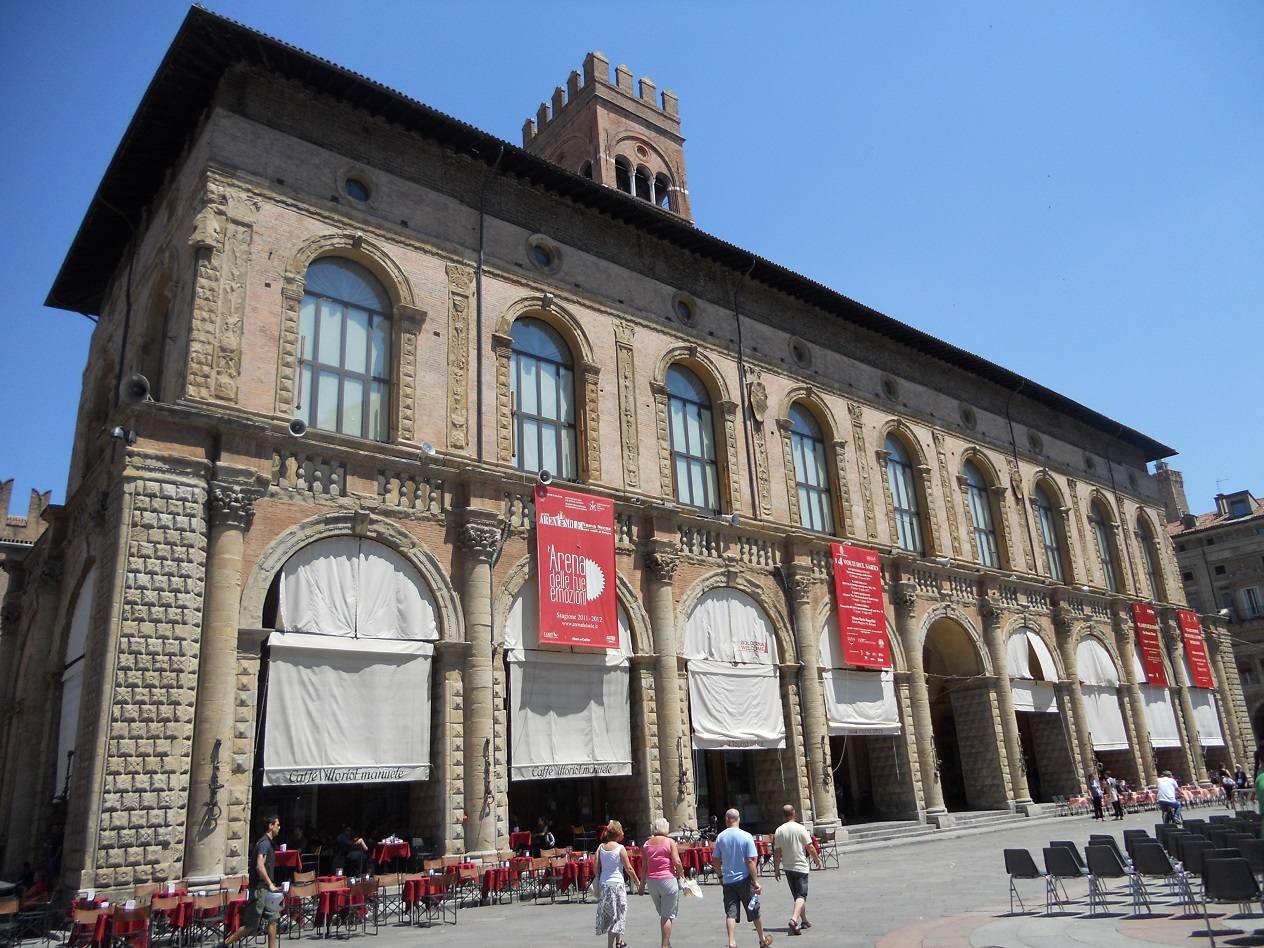 In 1475 Fioravanti was invited by tsar Ivan III to build a new cathedral in Moscow. His wife, the Byzantine Princess Sophia Palaiologina, had lived in Italy and greatly admired Italian culture. In Moscow Fioravanti travelled a lot in order to become familiar with the local architectural traditions and in 1479 the construction of the Cathedral of the Mother of God inspired by the ancient cathedral of Vladimir was completed. 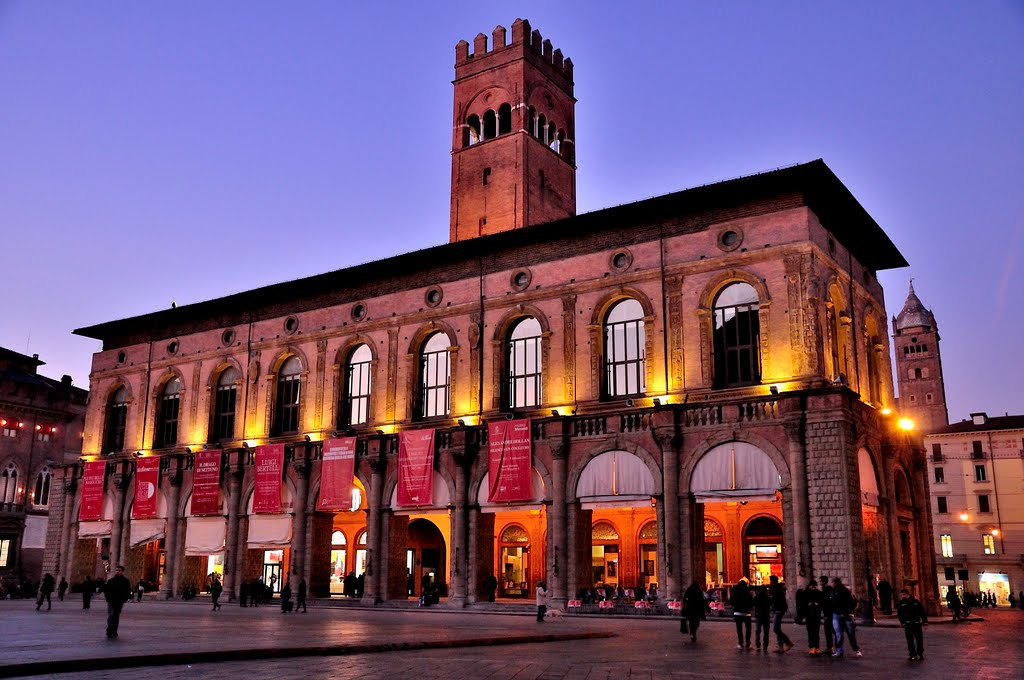 The Palazzo della Podesta was never completed. Giovanni II Bentivoglio fled from Bologna 22 years after following a popular revolt however it is still admired through its magnificence and elegance. The Palace is divided by two passageways. The central vault is decorated by four terracotta statues representing the protectors of the city by Lombardi and is an example of a particular acoustic phenomenon. If you stand close to one of the corners and whisper, whatever you say is perfectly audible to a person standing at the opposite corner. 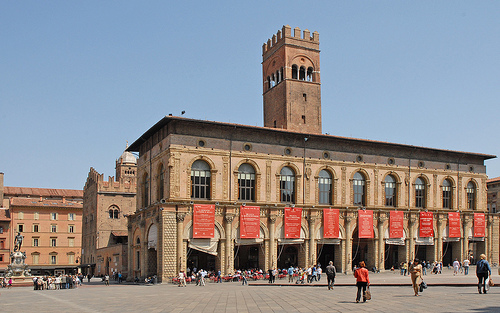 On the first floor of this imposing building you can find the Sala de Notari, (the hall of the notaries) and the Archivio Pubblico ( State archive) which contains rare and precious documents such as the bull of the holy spirit, drawn up in Florence on 6 July 1439 by Eugenio IV for the union of the Greek and Latin churches. On the same floor the conclave for the election of John XXII was held in the Salone del Podesta ( the hall of the Podesta) in 1410. Afterwards it was used as a haul of justice and later as a theatre. The frescoes and decorations by Adolfo di Carolis were carried out between 1911 and 1933, and show some of the most important and glorious moments in the city’s history.