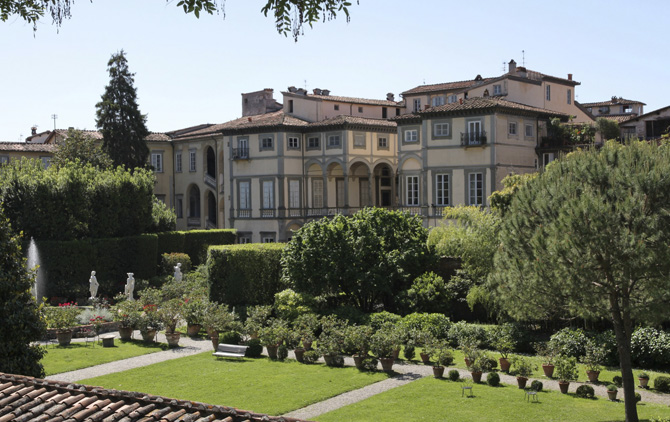 Of the many 17th-century buildings in the town, one of the most beautiful must be Palazzo Pfanner. It was commissioned by a noble family, the Moriconi in 1660. Over the centuries the Palace has had many owners, such as the noted silk merchants, the Controni, and the Pfanner family, the leading brewers of the Duchy of Lucca. In the 17th century Prince Frederick of Denmark stayed here during his travels. Architects were called to refurbish the palace. It is not only noteworthy for its beautiful interiors but also for its gardens, adorned with marble statues: allegories of the four elements and of the four seasons. Yew and cedar trees grow alongside lemon trees and magnolias, while the flowerbeds are full of roses refreshed by the drops of water falling from the fountain. In the 20th century the palace and gardens have often been used as film sets including “il Marchese del Grillo” which was internationally released as the “Marquis of Grillo”. It was directed by Mario Monicelli and starred Alberto Sordi.