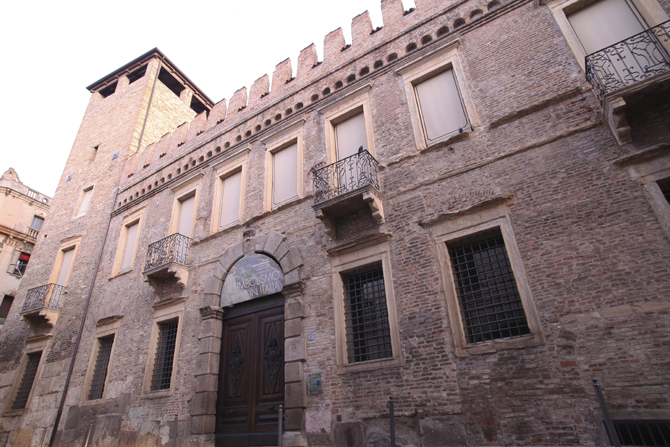 Not far from Palazzo Bo, crossing the Riviera Ponti Romani ( literally “river bank of the Roman bridges”) which takes its name from the ancient canal, the “Naviglio interno” that used to run through the city centre before being covered in the 1950s, you will come to Via San Francesco and Palazzo Zabarella , headquarters of the Bano Foundation, which organises important international art exhibitions. For information regarding current exhibitions you should consult the site www.zabarella.it

The history of this palace runs parallel to that of the city. During recent restoration work, archaeological investigations were carried out over a vast area and depth revealing evidence of at least 1500 years of history. The tower which characterises today’s building dates back to a period when Padua was a city of water with a thriving river port, mills and profuse commercial activity. The history of the palace began with the dawn of Padua’s period as an independent city, in the period towards the end of the 12th century and the beginning of the 13th century. It was in this period that the structure of the palace as a house with a defensive tower originated. Following the recent careful restoration work the Bano foundation has set aside the use of some of the rooms in the tower of institutional use, completing the work with original neoclassical 18th and 19th-century furnishings including a magnificent chandelier and frescoes of the Muses by Francesco Hayez. 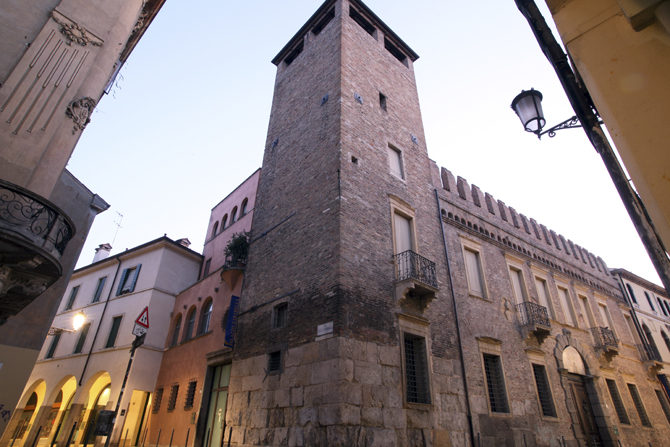 Apart from the tower the complex is extremely well proportioned and has a large pleasant courtyard The Bano Foundation has transformed the palace into a modern cultural centre inspired by the formula adopted by many American foundations. From here you can continue along via Zabarella taking a pleasant walk passing by the historical, characteristic shops of the Borgo Altinate.