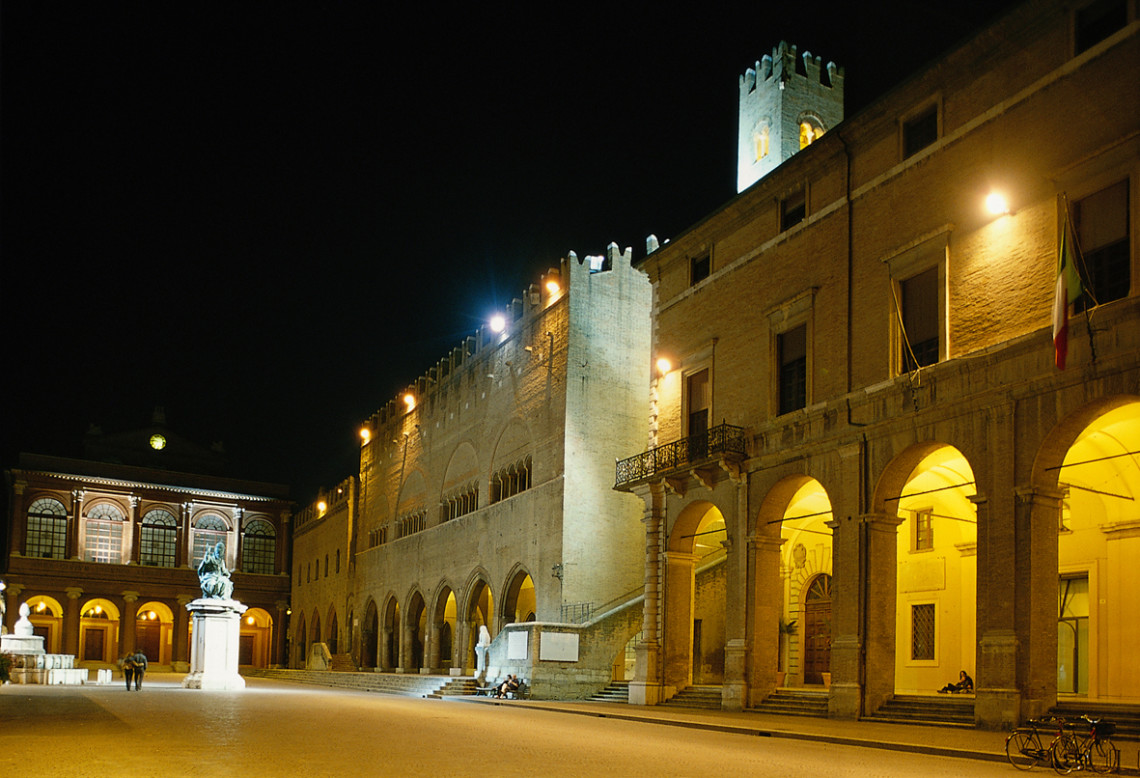 under the blessing of Paolo V

The squares of Rimini have always been the centre of city life. The buildings lining Piazza Cavour, the ancient Campus Comunis, are particularly noteworthy. These include: Palazzo dell’Arengo (1204), Palazzo del Podesta (1330), and Palazzo Garampi (1562) which was constructed by L. Carducci based on designs by Sebastiano Serlio, and rebuilt by Francesco Garampi following the earthquake of 1687.

The ruined Municipal Opera House, Teatro Galli was inaugurated with Giuseppe Verdi’s opera Aroldo. It was previously called Teatro Nuovo (New Theatre) and later Teatro Vittorio Emanuele II, a sign of the importance given to music in Rimini. It was designed by Luigi Poletti and the building (1857) takes its inspiration from ancient Roman temples. It was heavily bombed during the Second World War and has not yet been rebuilt. In the square you will also find a beautiful fountain with the bronze statue of Pope Paul V by Cordier (1611) and the old Fish Market (1747). Palazzo dell’Arengo was used to hold council meetings and public assemblies, and it was here that Emperor Frederick II’s imperial decree was published bringing an end to invasions by Teutonic Knights.

The central Gothic archway of Palazzo del Podesta was the site of public executions. The building underwent restoration work in the 20th century.