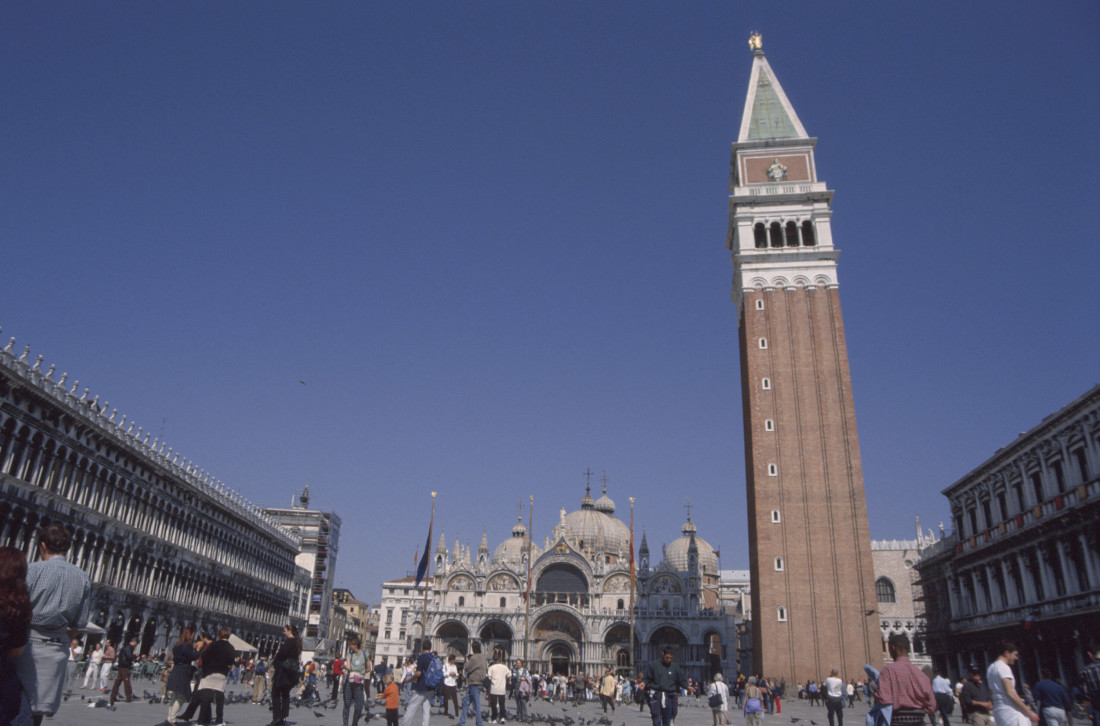 Many visitors hurriedly cross St Mark’s Square, have a quick look at the historic cafes, visit the Basilica, and then leave. Our advice is take things more slowly. Stand in the centre of the square in order to get your bearings in this special place, so rich in art and history. In front of you stands the symbol of spiritual power: the Basilica of St Mark’s and the bell tower; and to the right, the symbol of temporal power: the Doge’s Palace. If you glance to the right you will see the Procuratie Nuove, the former residence of the procurators of St Marks, which now house the Marciana Library. At its corner you will find the entrance to the Bevilacqua La Masa Foundation. If you turn round completely you will see what is called the Ala Napoleonica- the Napoleonic Wing, a section of the square that was rebuilt by Napoleon, and the entrance to the Correr Museum. Continuing in a clockwise direction, observe the other side of the square which consists of the Procuratie Vecchie, and the Clock Tower next to the Piazzetta dei Leoni- the Small Piazza of the Lions. 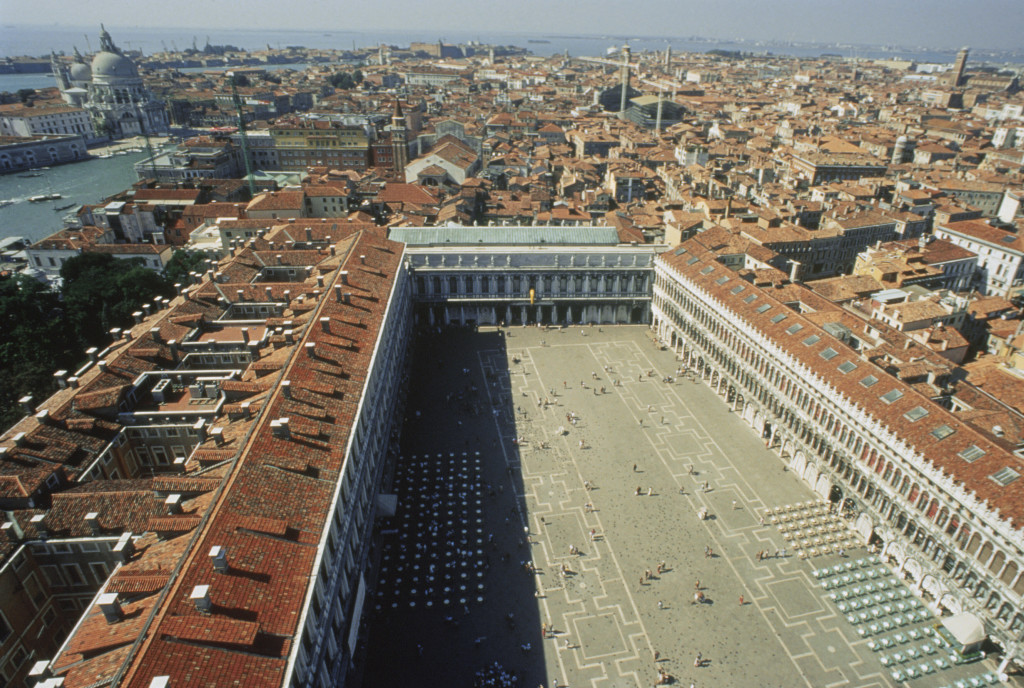 The Bevilacqua Foundation continuously hosts exhibitions of works by young foreign and Italian artists. The Correr Museum on the other hand, puts on large exhibitions of major figures from the history of art such as Klimt or Guardi. It also houses a permanent collection of paintings from the Venetian School of the 14th to the 16th century, and by artists from Ferrara, and the Flemish and German schools The Marciana Library, or the Sansoviniana Library as it is also known, is a masterpiece of 16th century architecture by the architect Jacopo Sansovinio and contains works by Titian, Veronese, and Tintoretto.
And then there are the historic cafes: Caffè Florian situated under the Procuratie Nuove is considered to be one of the oldest in Italy. It was inaugurated in 1720 and during the carnival period the most beautiful masks in Venice can be seen here. Under the Procuratie Vecchie you will find two other important meeting places for literary and artistic figures: Caffè Quadri and Caffè Lavena both dating from the 18th century. Our last stop before visiting the Basilica is the Piazzetta dei Leoni- the small square of the Lions- which takes its name from two lions in red marble which were sculpted in 1722. The lion is the symbol of St Mark’s and of Venice, deriving from an ancient tradition which says that an angel appeared to Saint Mark, who had been shipwrecked in the waters of the lagoon, in the guise of a lion saying “Pax tibi Marce, evangelista meus. Hic requiescet corpus tuum”- “Peace be with you Mark, my evangelist, your body will rest here”. You will frequently find the image of the lion with its paw placed on a book with this Latin sentence in many works of art and souvenirs. Behind the Lions you will also notice the well and the new classical façade of the Palazzo Patriachale.