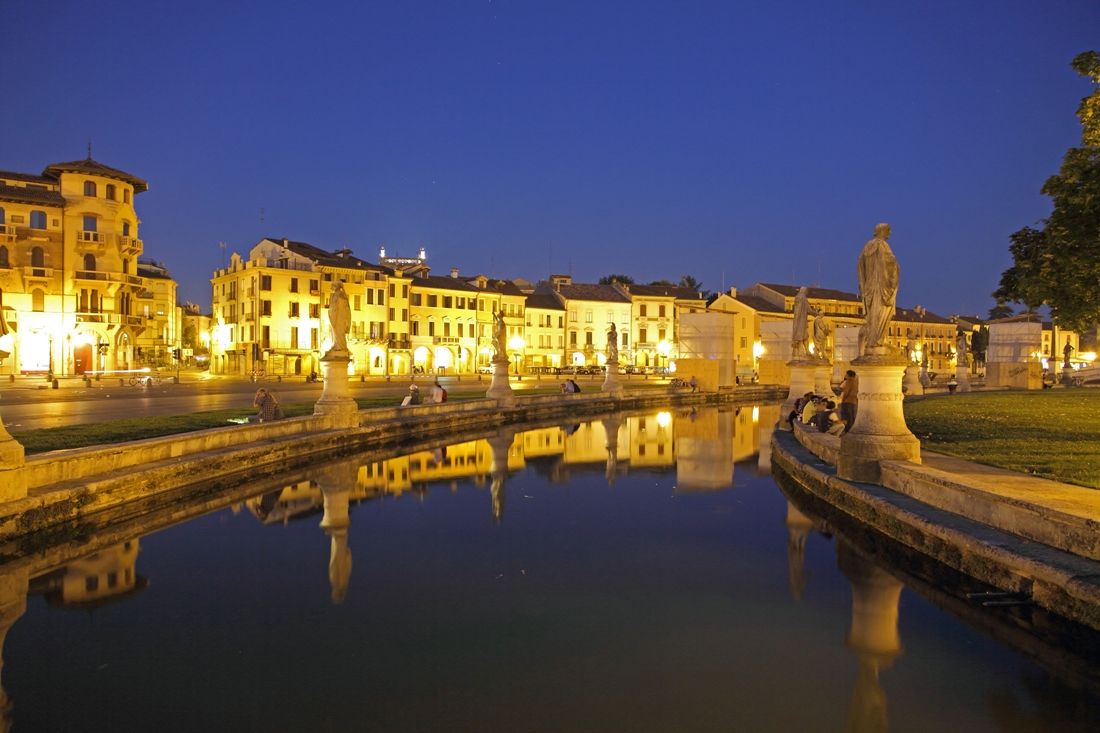 Prato della Valle is one of the largest squares in Europe and is certainly the largest in Padua. It was designed in the second half of the 18th century and constructed on the ruins of an ancient Roman theatre called Zairo, in a low marshy area of the town. The work was carried out by Andrea Memmo, the Venetian Republic’s Provveditore (a representative/governor) and the green island in the centre of the piazza is named after him: Isola Memmia. It is bordered by a narrow canal (which takes its waters from the nearby River Bacchiglione through underground channels), and is surrounded by a double ring of stone statues featuring 78 illustrious men of the city and University, including the mythical founder of Padua, Antenore, as well as Francesco Petrarca, Galileo Galilei, and Antonio Canova. It has always been used for gatherings and popular celebrations and nowadays it hosts many events including a weekly market on Saturdays and an antiques fair every third Sunday of the month as well as sporting and food and wine events. 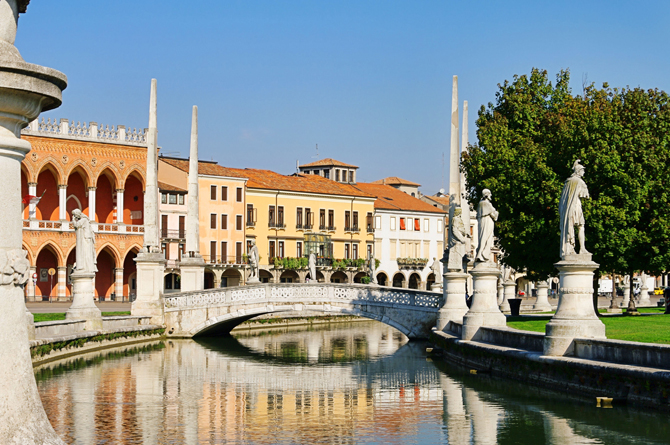 It is said that the stones of the ancient theatre were used to build the Benedictine Basilica of Santa Giustina which overlooks the Prato. It is considered to be one of the largest churches in the world and is one hundred and twenty metres long. At the sides of the steps leading to the main entrance there are two griffins carved from red marble. While its unfinished façade is extremely simple, a visitor may be surprised by its majestic interior. It was originally built to house the tomb of Saint Giustina, the first Paduan martyr and over the centuries it has undergone numerous additions and rebuilding due to earthquakes and the desire to extend the basilica. The oldest and most valuable part is the sacellum- a small shrine dedicated to Saint Prosdocimo. In addition to those of St Giustina, the Basilica houses the relics of numerous other saints of the Catholic church. The monastery was suppressed by Napoleon in 1810 and transformed into a barracks. However it was reopened in 1919. 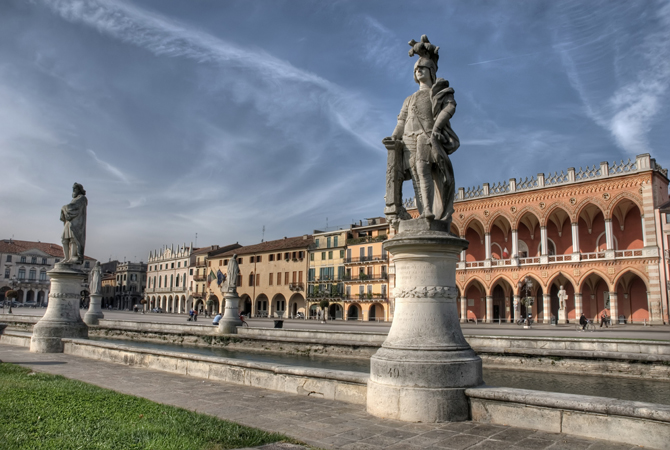 A shortwalk from the Prato, taking Via Luca Belludi, you will come to the majestic Basilica of St Antonio, locally known as “il santo”- the Saint. A large equestrian statue of the Paduan militia commander, Erasmo da Narni “il Gattamelata, by Donatello catches the eye. It took six years (1447- 1453) of hard work and trial and error to complete but the result is one of the masterpieces of the Renaissance and many believe it to be the most beautiful equestrian statue of all time, along with the horses of the Basilica of St Mark’s in Venice. The basilica you see today is the result of three phases of successive rebuilding between 1238 and 1310. When St Anthony died in 1231 at Arcella to the north of the city, his body was brought to the church of Santa Maria Mater Domini in accordance with his wishes. This small church was later incorporated into the Basilica as the Chapel of the Dark Madonna, next to the monastery, It formed the original nucleus of the future Basilica when work began in 1238 with the building of a Franciscan church with a single nave and a short aspe. The two side naves were added later and gradually the building was transformed into a wonderful complex we admire today. The interior contains many works of art including the tomb of the Saint called the “arc” and a collection of his relics, the most important being his tongue, which has been miraculously preserved.