Saint Michael’s in the Woods 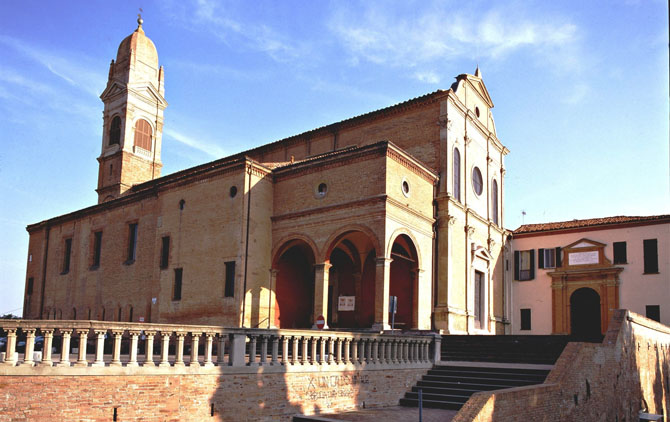 The complex of Saint Michael ’s in the Woods has very ancient origins (there has probably been a community on this site since the fourth century), and it takes its name from the thick woods that cover the hill on which the church is situated. It seems that the first monastery was destroyed by the Goths, rebuilt by the Lombards only to be destroyed again by the Magyars in 900 A.D, however the oldest documents which speak of a community of Augustine monks, and date to the 11th century. 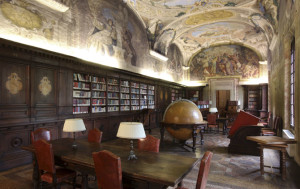 During the 13th century the monastery was transformed into a military fortress due to its strategic position. When the monks were allowed to return they began aprogramme of rebuilding that gave rise to the complex we see today. The church was divided into two separate areas: the higher part for monks and the lower part for laymen. The 160 metre long hall, which is one of the largest in Bologna, was used as a dormitory while other additions were also made: a sacristy, the library and the Vasari refectory, which takes its name from the marvellous tapestry Cena di Gesù in casa di Marta by the famous painter Giorgio Vasari. 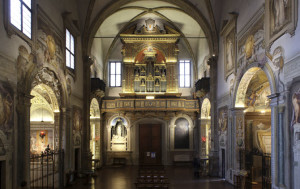 Inside the church of San Michele in Bosco © Genus Bononiae . Musei nella città

In the 17th century two cloisters were also built. One has an octagonal shape and is decorated with frescoes by the famous painter Ludovico Carracci and his pupils. This is now known as the Carracci Cloister.
When Napoleon invaded Italy in 1798, once again the monks were expelled and the complex was used, first as a barracks and then as a residence for the King of Italy. 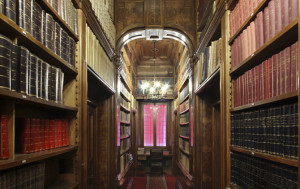 In the second half of the 19th century the complex was transformed into a hospital with the help of an extremely generous donation made by the famous Bolognese surgeon Francesco Rizzoli. The hospital, named after Rizzoli, was inaugurated in 1896 in the presence of King Umberto I and his wife Queen Margherita. In 1933 Olivetan monks returned to officiate in their church and to look after the ill in the new hospital.