The Arch of Augustus in Rimini 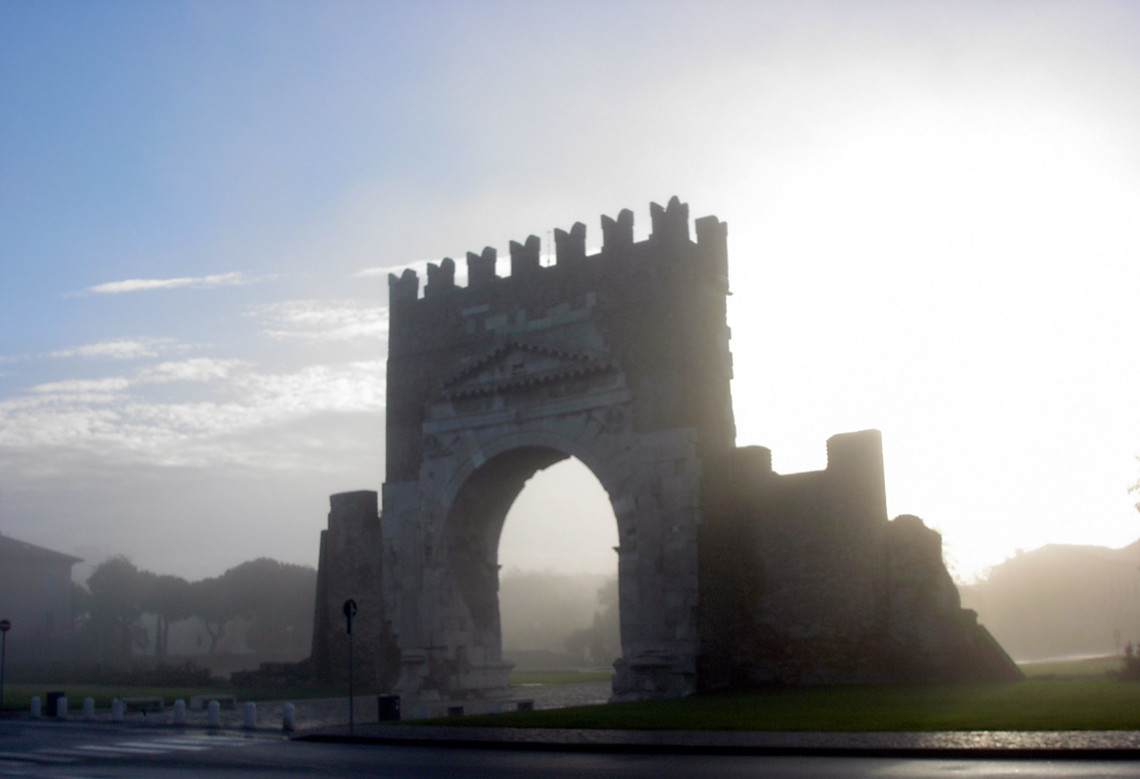 The triumphal arch of Augustus is a celebrative and commemorative arch and, together with the Tiberius Bridge, it represents one of the symbols of Rimini that is most well known throughout the world. It is also one of the oldest arches from the Imperial period it was built in 27 AD in honour of Caesar Octavian Augustus and is situated at the point where the via Emilia crosses the via Flaminia, the road which leads to Rome. Clad with Istrian limestone on sandstone from the Republican era it conserves important decorations with significant political and propaganda character alluding to the splendour of Rome. The large vault of the archway evokes and celebrates the period of peace that followed the long bitter civil war. Four important divinities are depicted on the four clipei (medallions) located between the lintels and the Corinthian capitals: Jupiter, Neptune the sea god, Apollo and Minerva, protector of Rome. 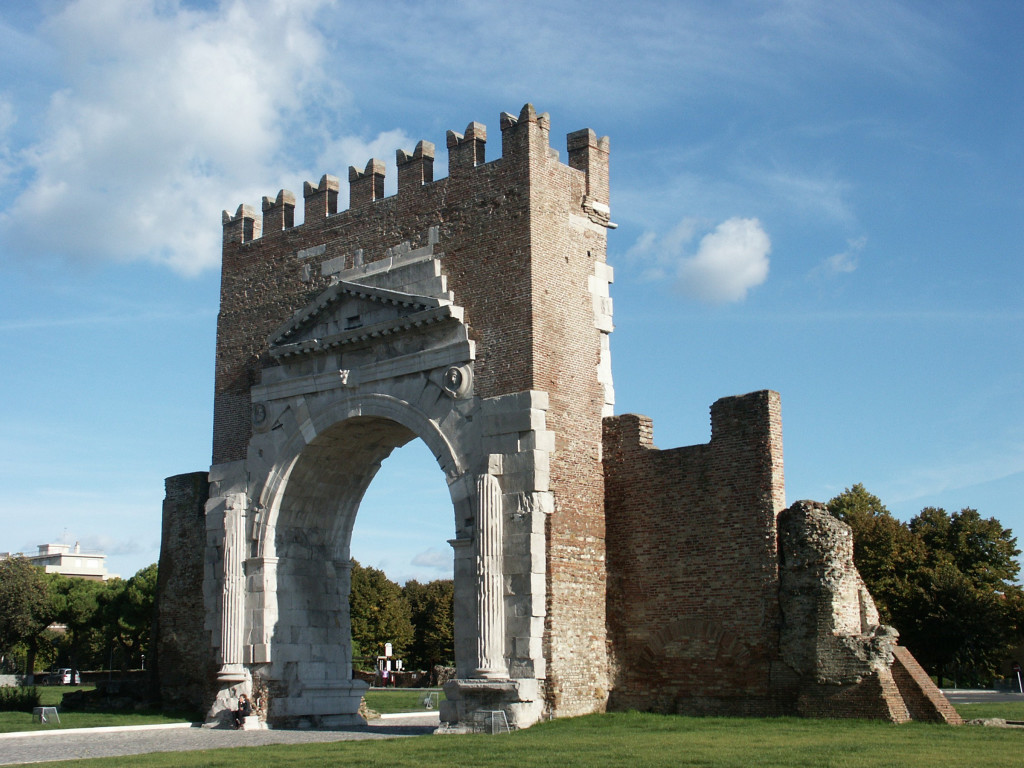 The Arch of Augustus

On top of the archway there are two bull’s heads, which referred to the significance of Rimini as a Roman colony. The archway was one of the gates to the city. It is supposed that there was a marble Equestrian statue of Augustus at the summit of the arch. It was partly demolished in mediaeval times and it seems that the battlements date to the 10th century. An inscription is dedicated to Augustus Octavian Caesar, nephew of Julius Caesar. The structure of this arch is solemn and sober and it acted as a gate of the city until the fascist period when the old walls of the city were demolished. Now it stands as a symbol of the city and is part of the Rimini coat of arms.