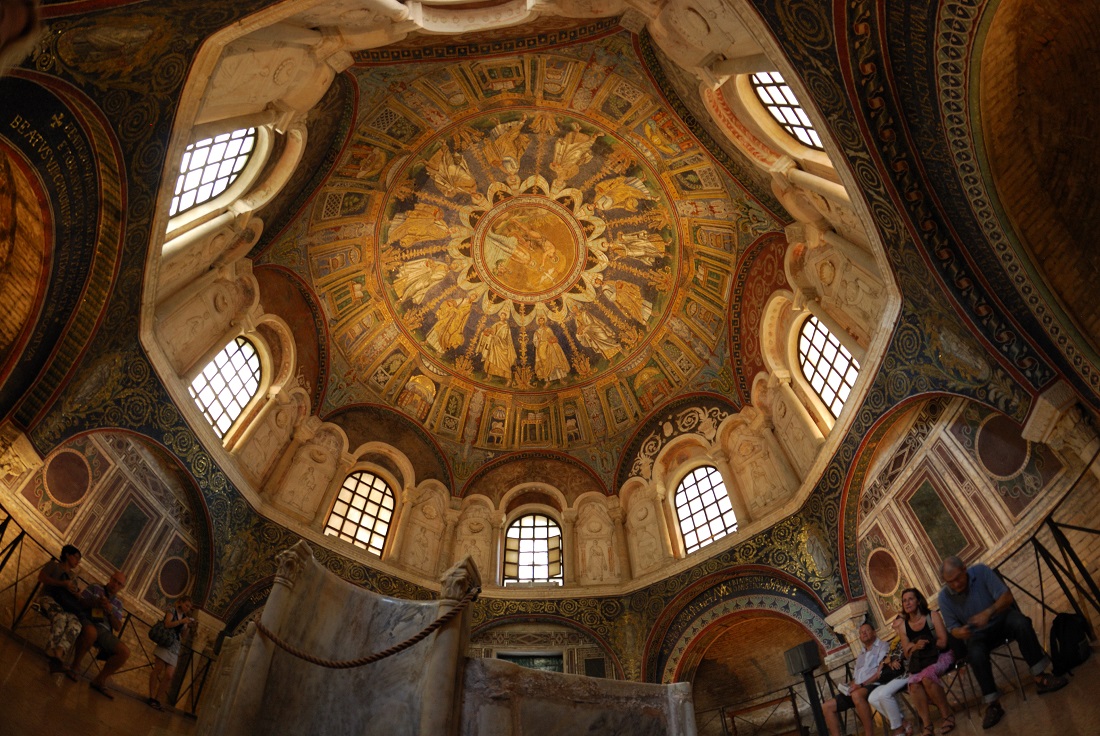 On the first floor of the archbishop’s palace there is a small museum; Collected treasures from the ancient churches of Ravenna are on display in its rooms.  In the first room you can admire fragments of mosaics in the classical Byzantine style of the twelfth century. “Mother of God in Orans” and “portraits” of the apostles situated detached from the walls of the apse of the church of the Christ (Basilica Ursiana) which was demolished in 1733. The following rooms contain marble sarcophagi and carved panels that are part of other sarcophagi. In the last room there is a masterpiece of applied art: the Throne of Maximian carved in ivory, given to Archbishop Emperor Justinian  according to tradition. In the palace there is also the ancient architectural complex of the Archbishop’s Chapel and Oratory of St. Andrew.

This is the smallest of the oldest churches in Ravenna, comissioned by Archbishop Peter II and decorated with mosaics in the years between 495 and 520. The harmony of  the architecture and the design of the mosaics shows the direction that Byzantine art follows. The building is shaped like a Greek cross with a small rectangular atrium with a barrel vault. This is decorated with mosaic lilies and birds and the walls are covered with Latin script that are now frescoed but were once also ancient mosaic. They magnify the beauty and splendor of the chapel following the literature genre of “Ekphrasis ” developed a lot over the centuries following the Byzantine culture.

The entrance lunette depicts a rare iconographic: “Militaris”, a young Christ Emmanuel dressed as a Roman soldier with a purple robe over his shoulders, the cross in one hand and a shining halo around his head who  is “trampling the young lion and the serpent” (Psalm 91: 3).  According to tradition, this image represented a guardian, the Christ warrior who defends his church. The chapel has a high vault resting on arches. In this we see four angels who carry the chrism and the symbols of the evangelists. The northern and southern edges are decorated with the clipeus of the martyrs that flank the chrisms placed at the centre of the arches. In the eastern and western arches the terminal stones are “strengthened” by the images of Christ Emmanuel in mandorla, surrounded by six apostles. In the apse, the Golden Cross which dominates the universe is raised in a deep blue background with golden stars. 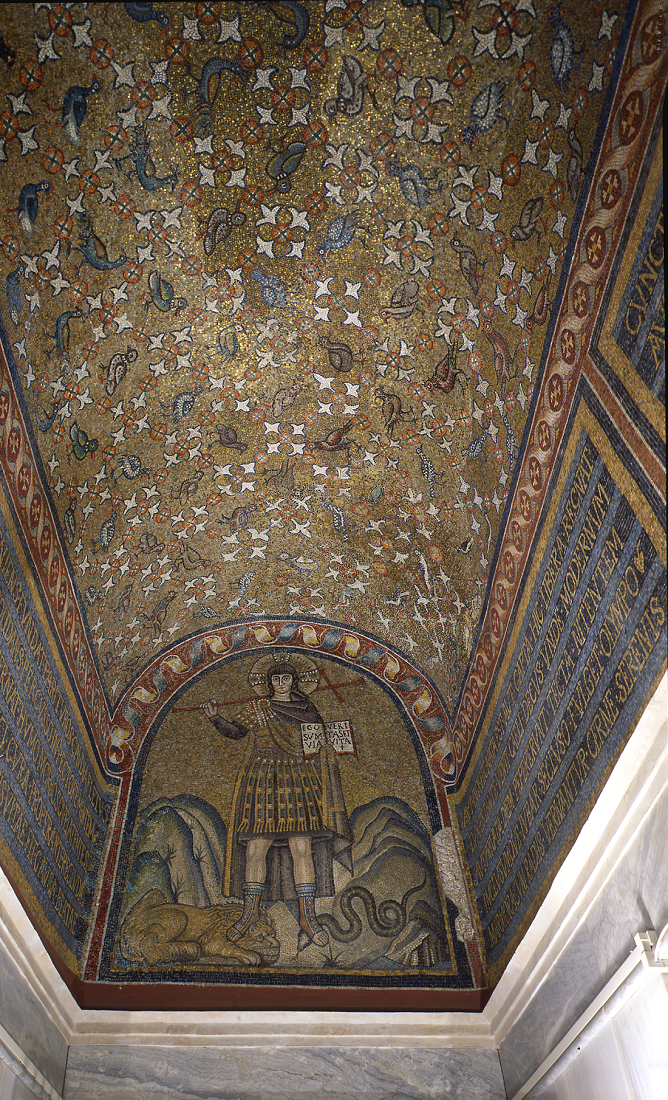