The church at Tho 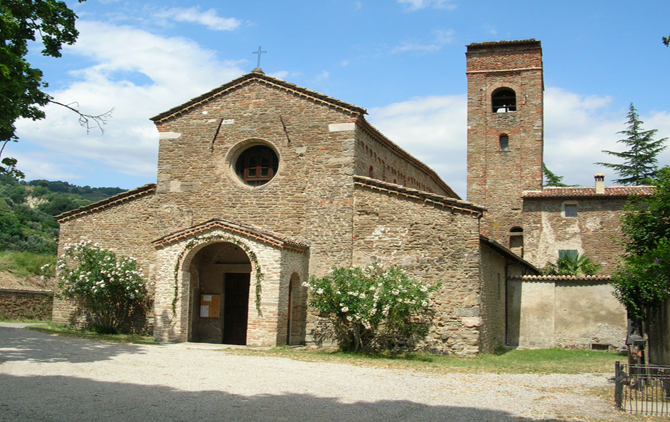 Shortly after leaving Brisighella on the road for Florence, you will suddenly see a splendid church in a pure Romanesque style on your left. This is the Church of San Giovanni in Ottavo, which literally translated means “the church of St John at the eighth (mile)” since it is located at the eighth mile of the Via Faentina which was built by the Romans to connect Faenza with the south. It is also known as the Church of Tho.

The oldest building in the Lamone valley, its origins are extremely ancient. It is said that Galla Placida, the daughter of the Roman emperor Theodosius, had it built on the remains of a temple dedicated to Jupiter-Amon at the beginning of the fifth century. However the exact details of its construction are unknown and the building we see today probably dates to the 11th century. The first documentary evidence is from the year 909, and it is certainly built on the site of an older building dating from the fifth century, possibly a military structure, since the church contains columns made of old milestones. 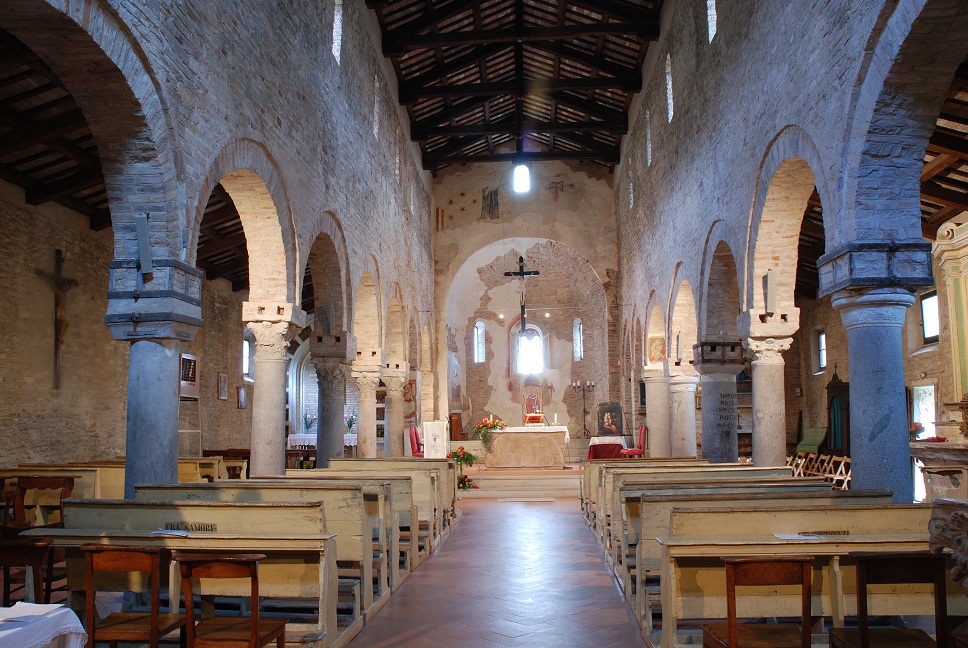 Pieve del Tho – inside

The Romanesque church is very evocative. It has a central nave with two aisles, with arches resting on 11 columns of grey marble and one of Verona marble. The columns are all very different from one another in terms of width, perhaps because as has been mentioned above, they were reused from the ruins of a pre-existing pagan temple. There are wonderful decorations, capitals, frescoes tombstones and other particulars which bear witness to the antiquity of this mother church of the Valley of Lamone. In the crypt an ancient oil press was discovered during archaeological excavations. This is a sign that the production of olive oil goes back a long way, in this area which prides itself on the quality and excellence of its oil.

One of the columns on the left is a Roman milestone with an inscription mentioning Roman emperors in the period of decline between 376 and 378 AD. This is how Mons. Giovanni Andrea Calegari, the Bishop of Bertinoro who was born in Brisighella described it in 1594 in his “Breve descritione di Brassichella et Valle di Amone, l’anno di nostra salute 1594”(Brief description of Brisighella and the vale of Lamone in the year of our health 1594)

“….. and as to the question of the age of the Church, the letters carved into one of the granite columns on the right bear witness to this. The letters mention the emperors Gratian and Valentinian which means there were inscribed somewhere around the year 380, numbering the years from the birth of Christ. The inscriptions are on a column of marble in that church, which I have already studied with great care and diligence attention in the year 1570 while I was prior of the Church, are as follows: 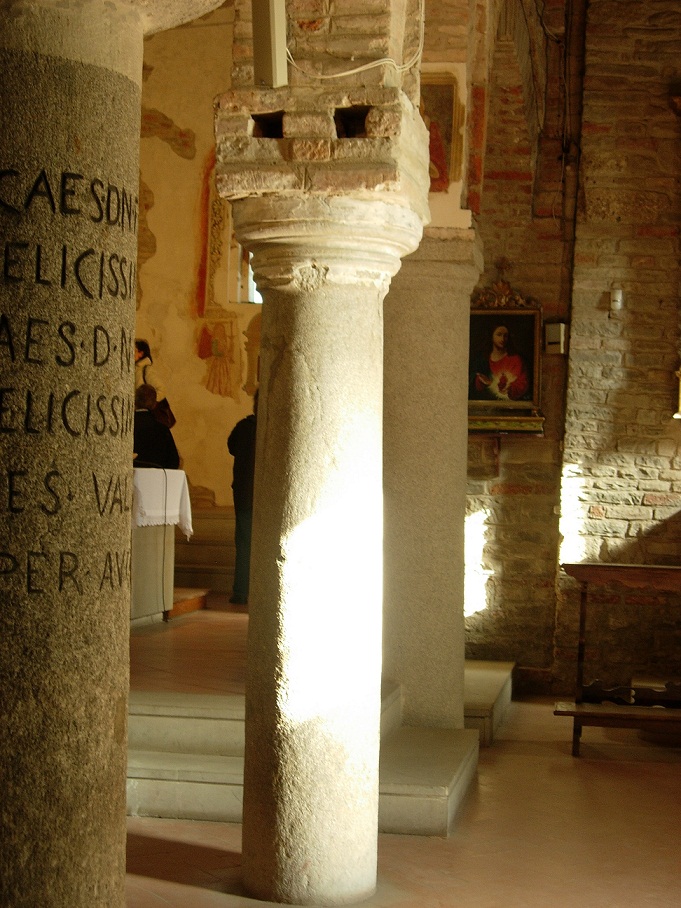 In 2009 work was carried out to ensure the safety of the electrical circuits and a restructuring of the loft area. You can see the archaeological remains that were found in the crypt. Don Pio Lega the fondly remembered parish priest was among the first to promote the excavations under the church which were terminated in 1968 and continued by brother don Benedetto. The excavations were also brought an annex to the crypt to light revealing many precious fragments from the late mediaeval period.

The “Pieve” can be visited on Sundays and holidays between three o’clock and five o’clock. However if you call 0546 81166 is possible to organise a visit on request. This is a magical place far removed from the stresses of the modern world. It even seems that the railway line which runs along an embankment to the side of the Church is protecting it, and perhaps it really has over the last 120 years.