The Church of Saint Colombanus 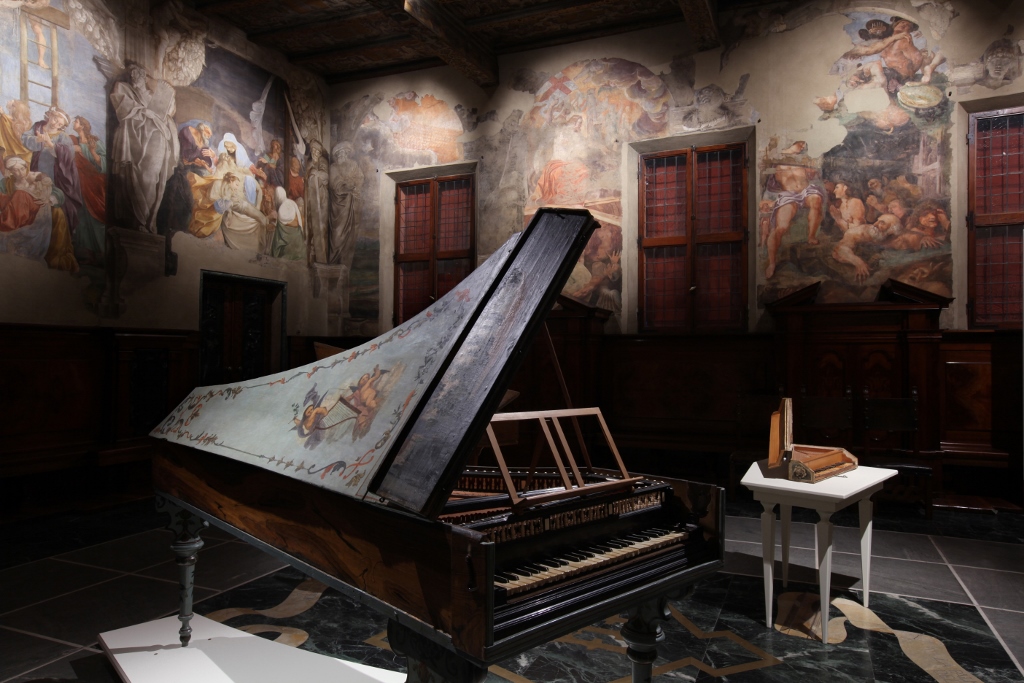 The Church of Saint Colombanus, a tabernacle of history, religion, culture and art

There is no other place quite like it like in Bologna. So many elements of history, religion, culture, and art come together here. This ex-monastic complex includes the Tagliavini Museum of Musical Instruments, the chapel of the Madonna dell’Orazione, a beautifully frescoed Oratory and the Church of San Colombanus.

The church takes its name from the Irish preacher and hermit who founded a series of monasteries in France and Italy between the sixth and seventh centuries. He died in 615 in Bobbio, a year after having founded a monastery there. In the year 616 the Bishop of Bologna, Peter I, a disciple of St Columbanus, founded a new monastery on the site of an an earlier Roman structure. The nucleus was the church dedicated to the Irish ascetic. The Basilica was decorated with splendid frescoes in the late 15th century, painted by the most famous masters of the Bolognese school. Among these are “Madonna and Child” by Francesco Cacciaguerra and the “Blessed Virgin” by Marco Zoppo. 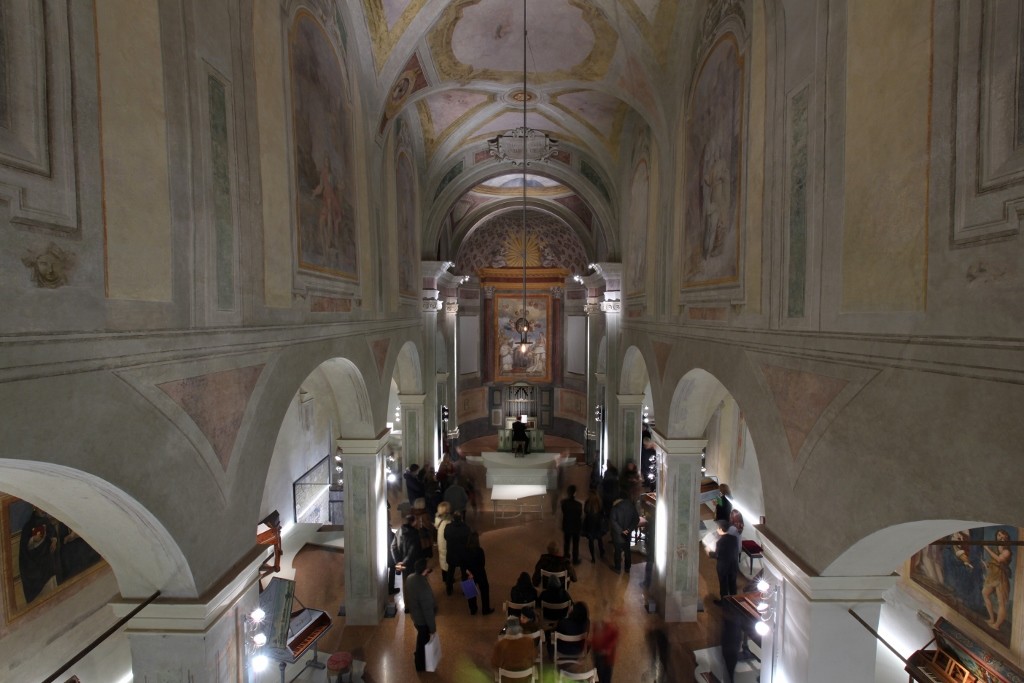 In 1591 the Chapel of the Madonna dell Orazione was built to protect a popular image of the Madonna, located on an exterior wall of the church. It had been painted by Lippo di Dalmasio in 1399. This great artist was mentioned by the famous art historian Carlo Malvasia, whose book on Bolognese painting “Felsina Pittrice” was published in 1678. The oratory is located above the chapel. It is simply a jewel. The cycle of frescoes represent the Passion and Triumph of Christ the Lord. They were painted by pupils of the great master Ludovico Carracci, including Guido Reni, Domenichino, Francesco Albano, Lucio Massari, Francesco Brizio and Lorenzo Garbieri.

During the recent restoration work on the complex, a crypt was discovered under the nave of the Church. While it dates back to the Roman period, a marvellous medieval depiction of the crucifixion, dating from the 13th century, was also found on its ancient walls. It has since been attributed to the great master Giunta Pisano. Since the completion of the restoration project in 2010 the church has become home to a wonderful collection of musical instruments dating from the 16th to 18th centuries. These include organs from Bologna, harpsichords and other instruments from Bologna and Naples, as well as Amsterdam, Paris and London, all of which were donated by Maestro Luigi Ferdinando Tagliavini. It also houses a specialist music library donated by the heirs of the Bolognese musicologist Oscar Mischiati. 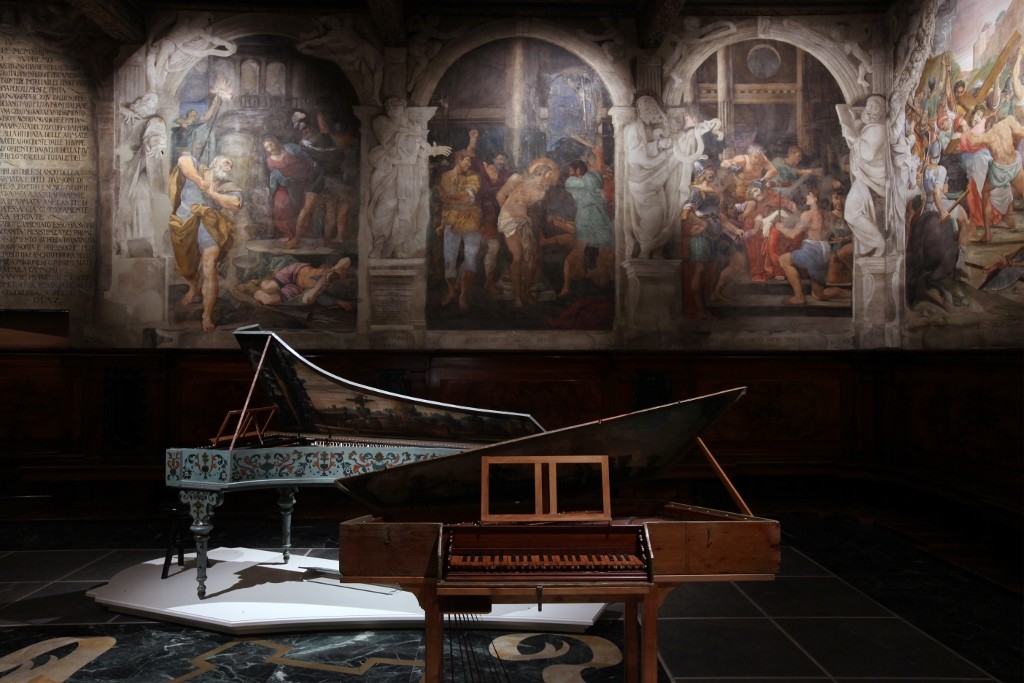 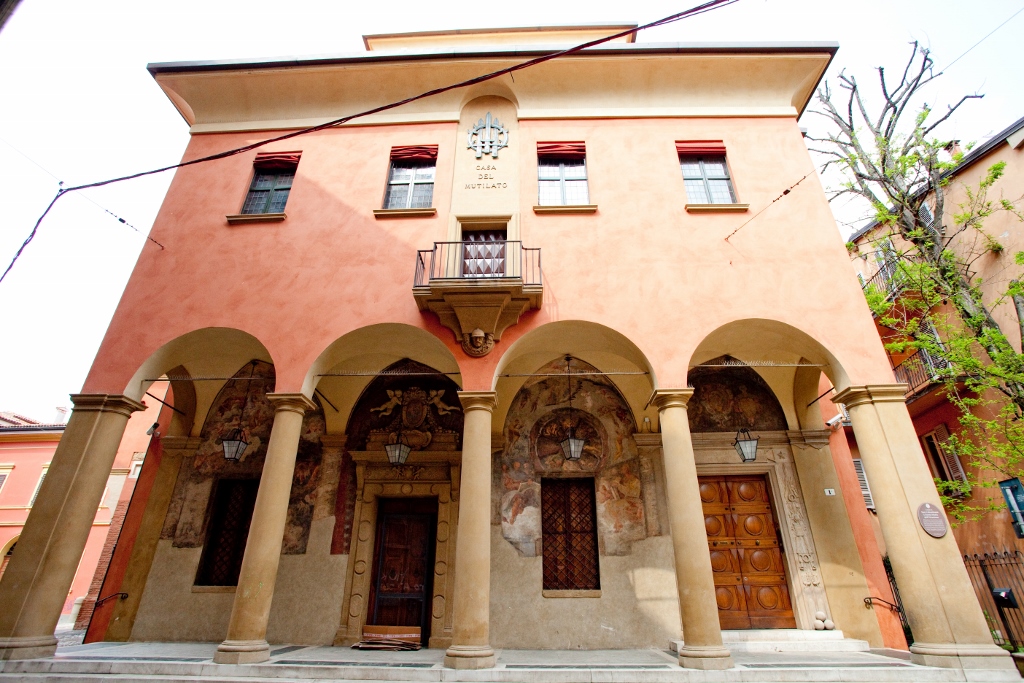 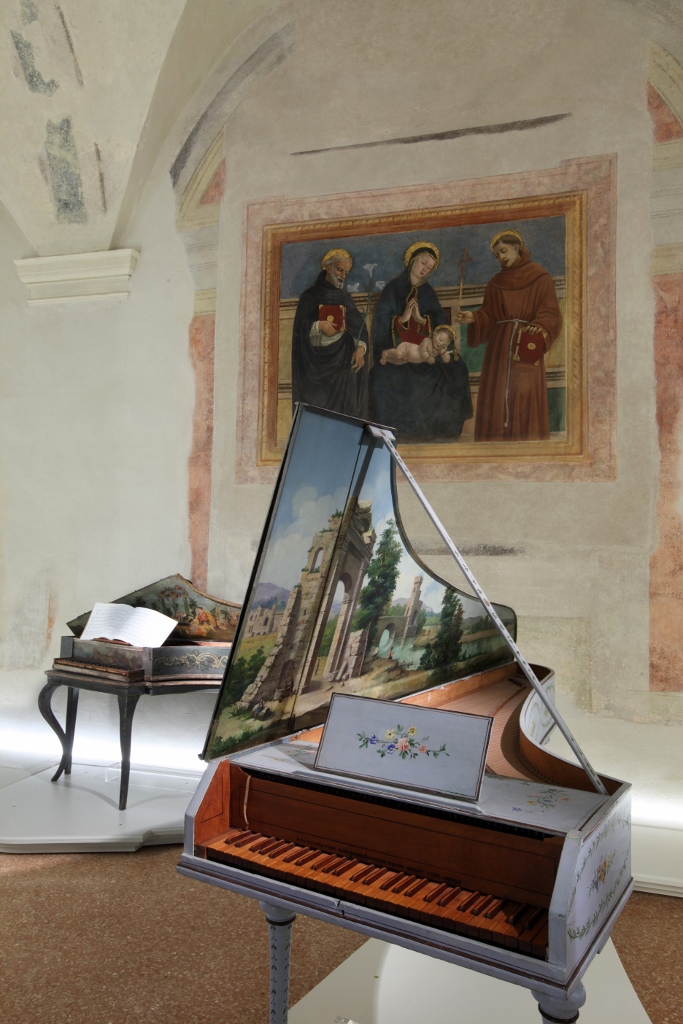 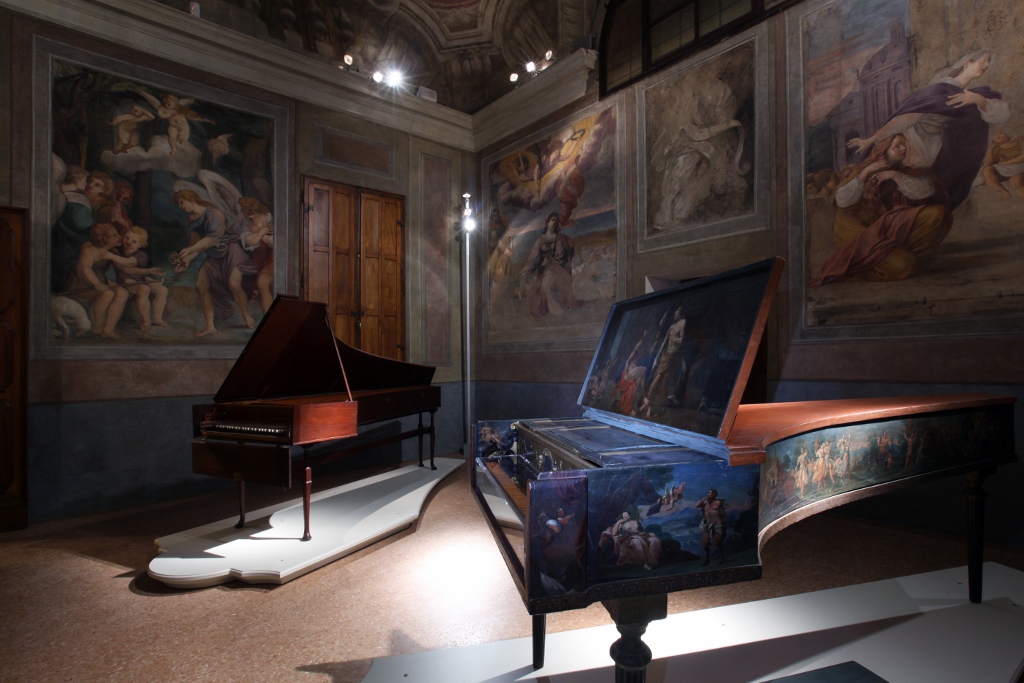 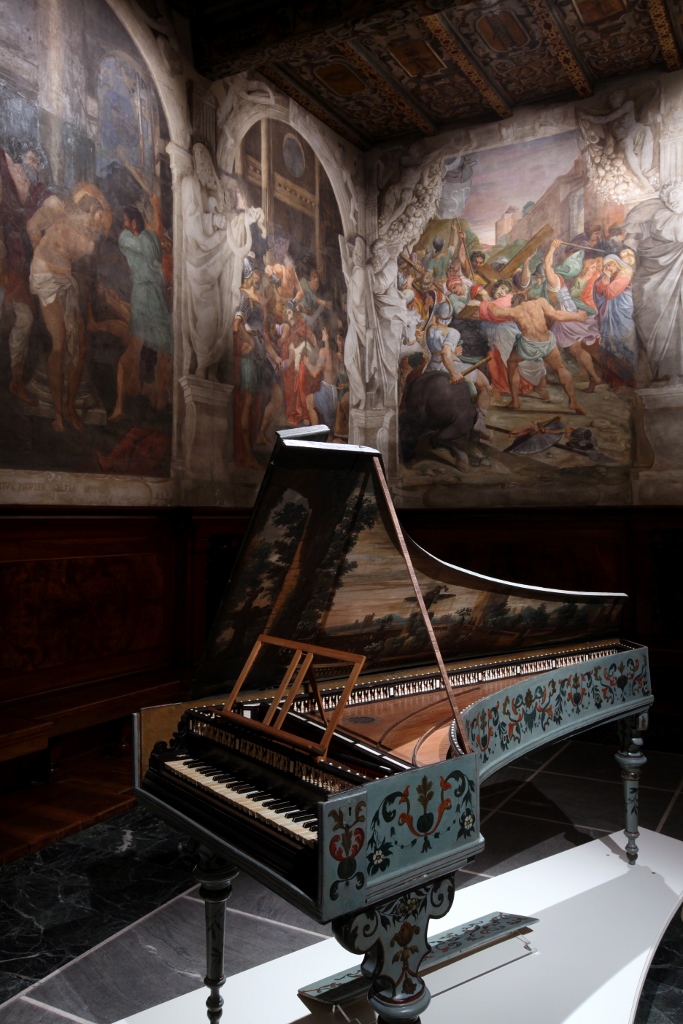 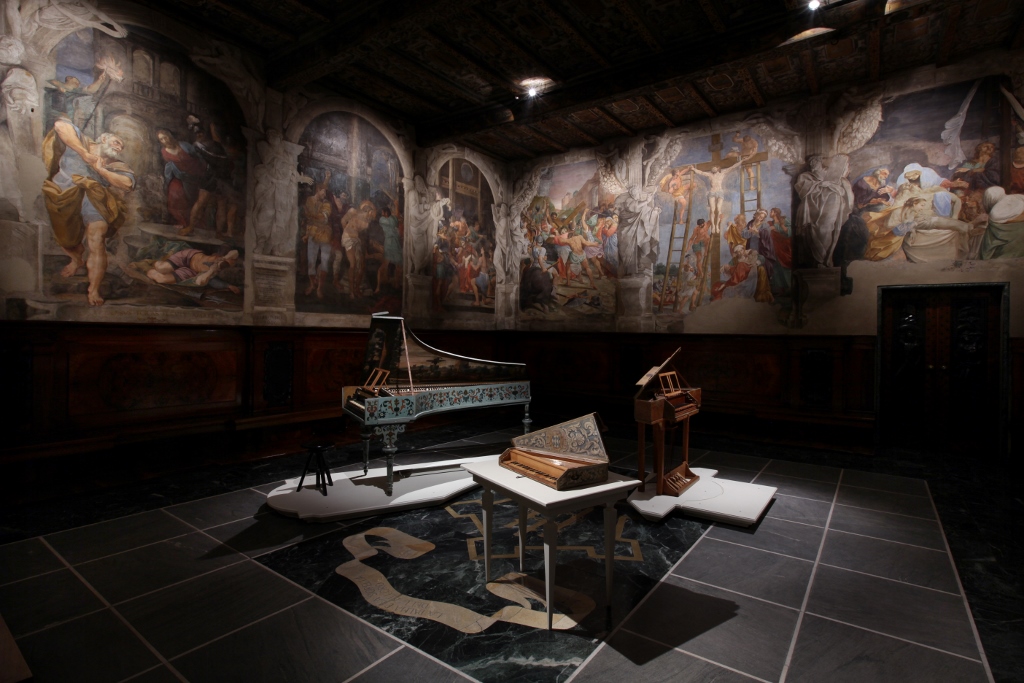 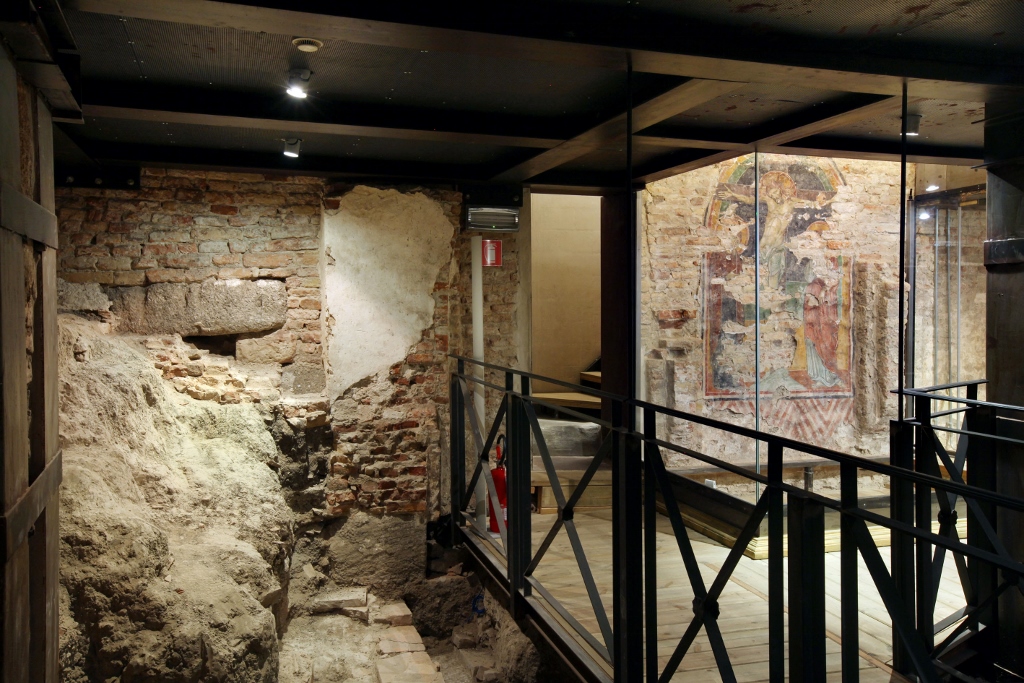 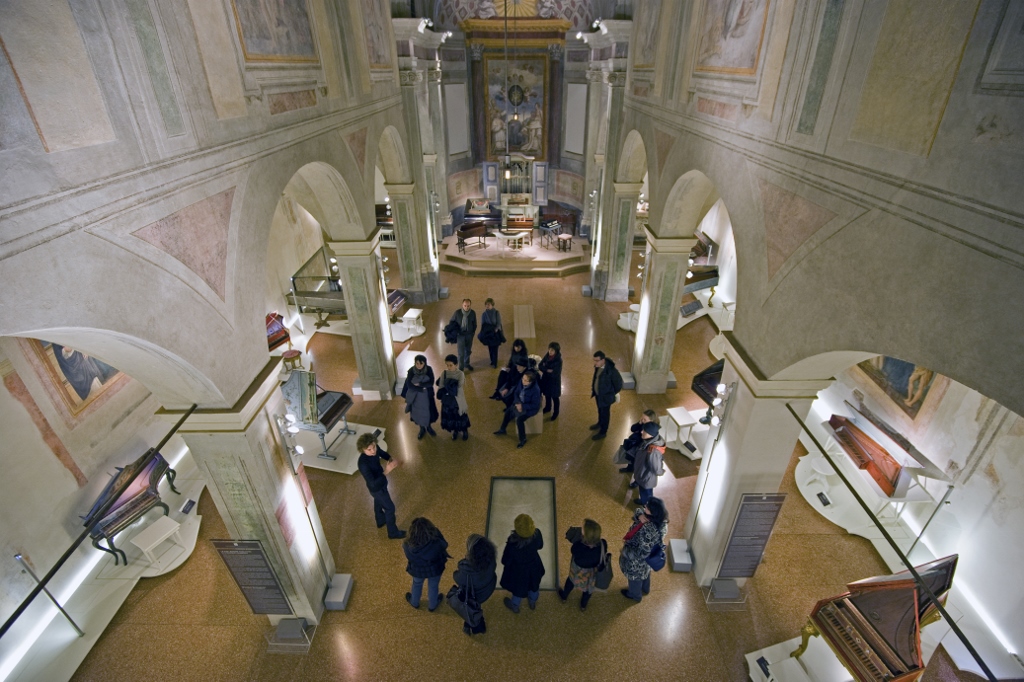