The Civic Museum of Padua and Palazzo Zuckerman 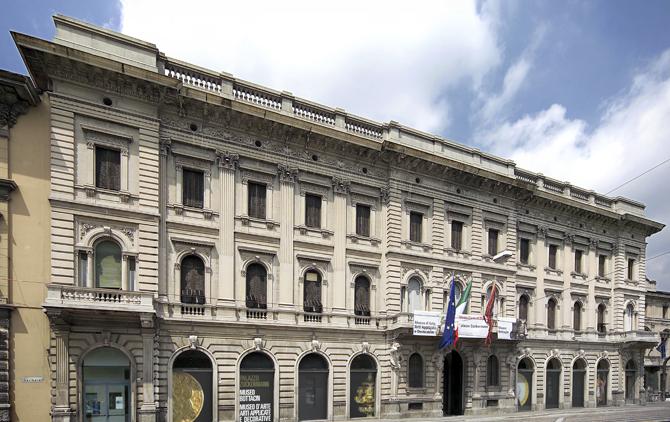 The heart of the collection in the Civic Museum of Padua (Museo Civico) is made up of artistic and artisan artefacts that were recovered when the monastery or San Giovanni da Vedara was closed by the Venetian Republic in 1780. It is the oldest museum complex in the region and it is set among the cloisters of the ex-convent of the Eremitani friars. Apart from the Scrovegni Chapel, it includes the Archaeological Museum, with its important collection of exhibits from the Palaeolithic, pre-Roman and Roman era as well as a large Egyptian section. It also houses the Museum of Mediaeval and Modern Art. The Egyptian collection was enriched by the archaeological discoveries of the Paduan explorer Gian Battista Belzoni (1778-1823). You can find out more about his character, travels and discoveries in a multimedia installation in the museum.
The Pinacoteca- the art gallery- contains works by the great masters of painting from the 14th to the 19th century and includes Giotto’s crucifix which was previously hung in the Scrovegni chapel. There are works by Guariento, Boccaccini, Veronese and two important canvases by Jacopo Tintoretto: Meal in the house of Simon and the Crucifixion. Moreover there are works Tiepolo St Joseph with Child, the Madonna and Christ on the Mount of Olives which should not be missed on any account.
The museum also includes multimedia installations which will enrich your visit to the Scrovegni Chapel by providing information about Giotto’s frescoes and the artistic and historical context in which he worked.
On the other side of the wide avenue, Corso Garibaldi, which runs alongside the Arena Gardens lies the majestic Palazzo Zuckermann which houses the Museum of Applied Arts on the ground and first floor, and the Bottacin Museum with its rich collection of coins and medals on the second. These were collected by the studious businessman, Nicola Bottacin who later donated them to the city.
The Museum of Applied Arts houses more than 2000 objects belonging to the collection of the Civic Museum of Medieval and Modern Art. Exhibits include glass, ceramics, silverware, ivory objects, jewellery fabrics, furniture and other furnishings. A curiosity: the museum also includes a small collection of objects which were recently taken from the museum’s deposit, consisting of objects of oriental art, the fruit of travels to the east by explorers from Padua in the 19th century. We should also not fail to mention a valuable collection of drawings and engravings from the 16th century up to the contemporary period. It includes 14,000 prints and 9000 portraits by French, Dutch, Flemish and German artists.