The Clock Tower and the Guinigi Tower 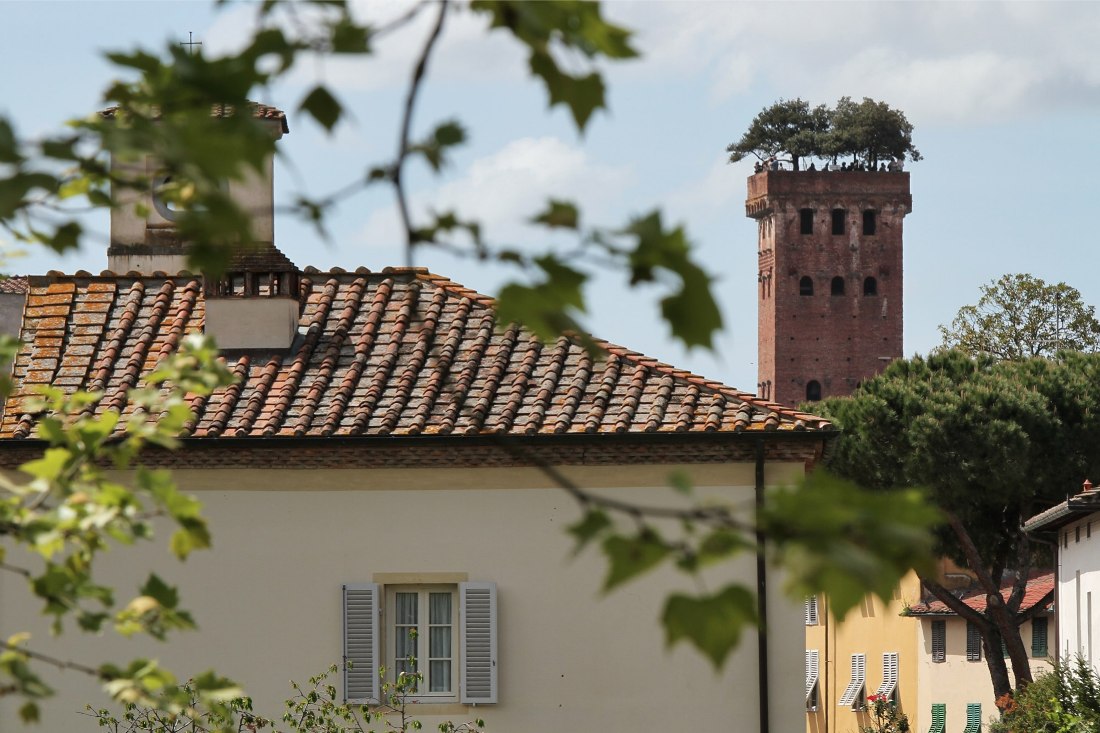 The walls of Lucca are unique in all Italy since they are the only city walls to survive completely intact in whole peninsular. However visitors to the city are also attracted by two mediaeval towers. The Clock Tower (Torre dell’Orolorgio) is located in via Sant’Andrea which crosses the city centre, beginning at the Borghi Gate and continuing until the intersection of four roads which is called Canto d’arco. 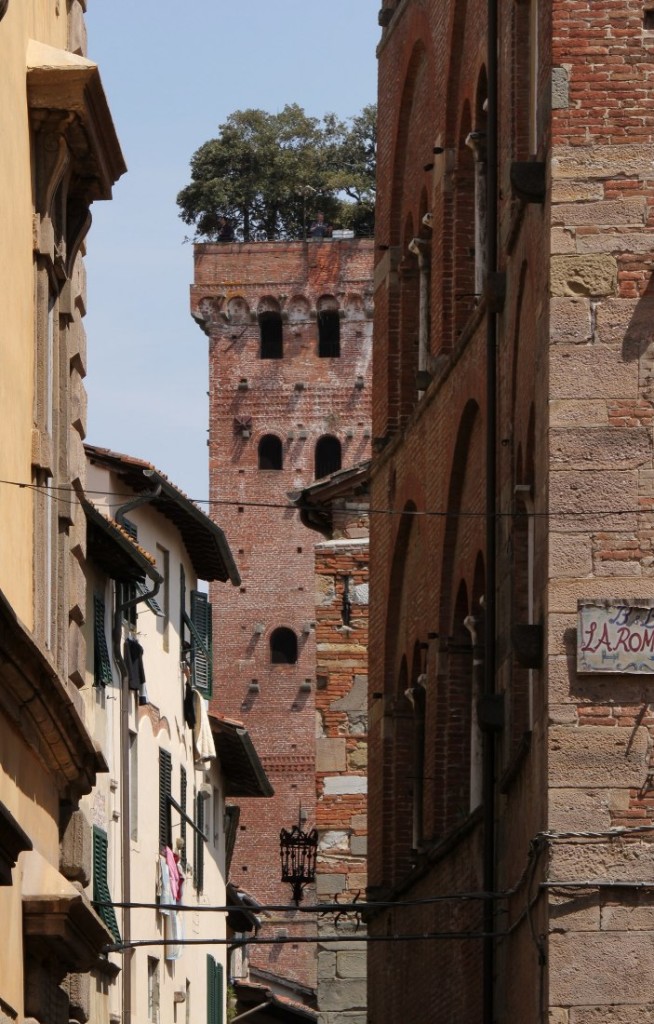 50 m high and erected in the 13th century, it was the highest of the many towers of the mediaeval city. In 1319 the town council decided to place a clock on the tower “orologio bonum, sufficienter aptum et bene distinguentes tempus per horas”. Labruccio Cerotti, an expert Luccan clockmaker, was commissioned to carry out the work. The clock face is decorated with Roman numerals. The bells strike the hour on the hour from one to six. 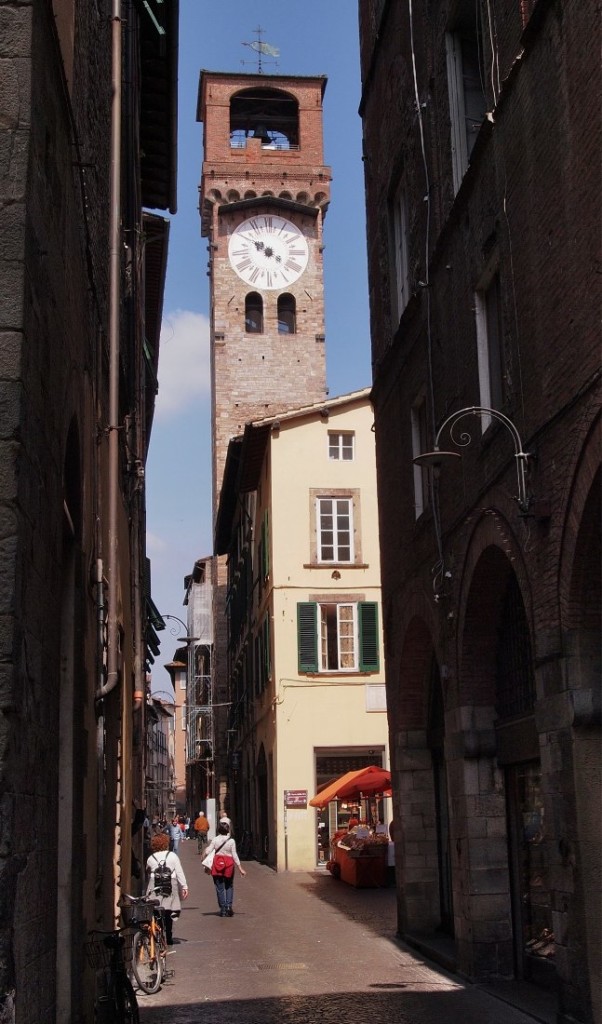 The summit of the tower can be reached by 207 well preserved steps and under the arch you can see the mechanism which has to be wound up by hand. A local legend describes how a sixteenth century noblewoman, Lucida Mansi, sold her soul to the devil. When she was about to die the Devil came to claim his dues, but Lucida, repenting, tried to block the mechanism of the clock which was sounding the last minutes of her life. She was unsuccessful…. 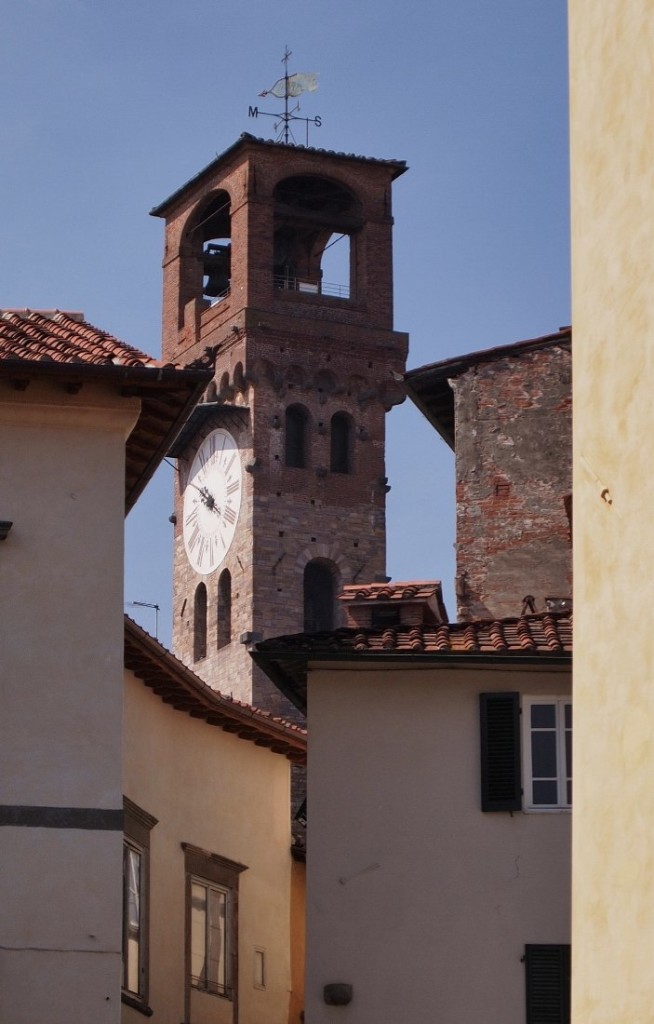 The Guignigi Tower is famous throughout the world for its hanging garden, which decorates its summit like a green crown. The tower was built by the Guinigi family, the city’s ruling family at that time. The seven Holm oaks which grow in the garden symbolise rebirth. The tower is 44 m high and from its summit you can admire a panorama over the old city including the Piazza dell’Anfiteatro, the Apuan Alps and the Apennines to the north east of Lucca.