The Doge’s Palace and the “Leads” 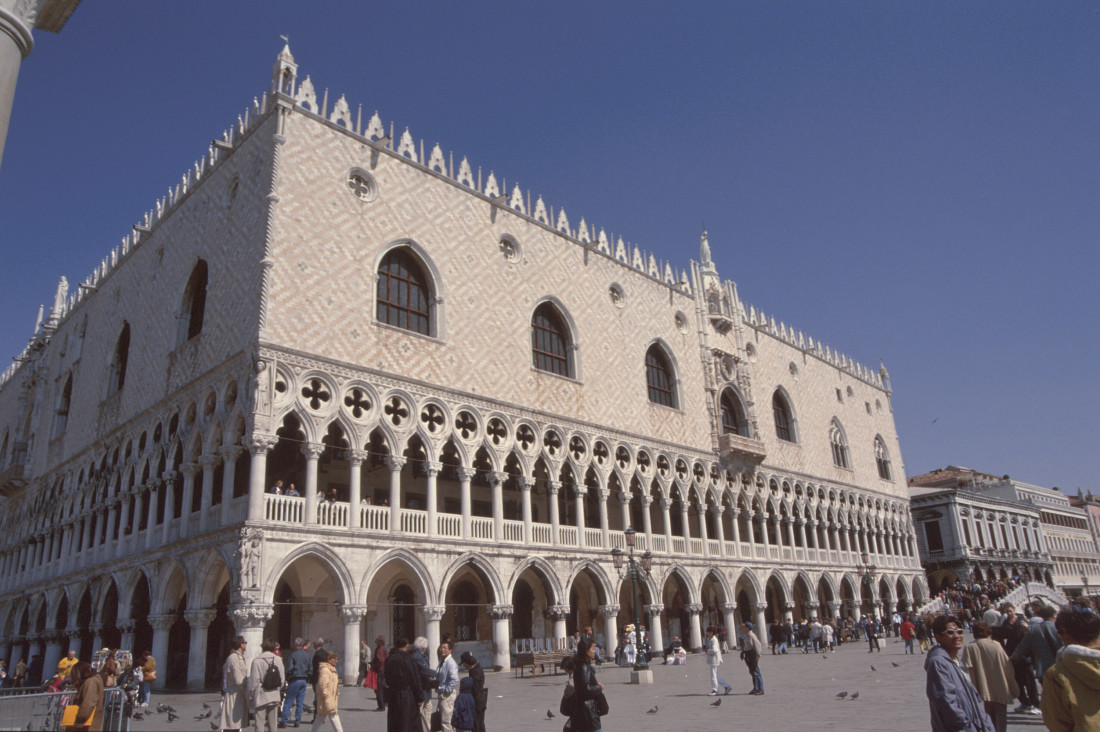 Before entering the Doge’s Palace, that masterpiece of the Venetian gothic style, walk around the outside of the Palace and admire its exterior, just as John Ruskin suggests in the Stones of Venice.
On the façade which is joined to that of St Mark’s Basilica, you will notice the Porta della Carta (the paper gate) which derives its name from the fact that it was the place where scribes worked and new laws were put on public display, and above the archway, you will see the Doge, Francesco Foscari, kneeling down in front of a lion, symbol of this city, also known as the Serenissima. 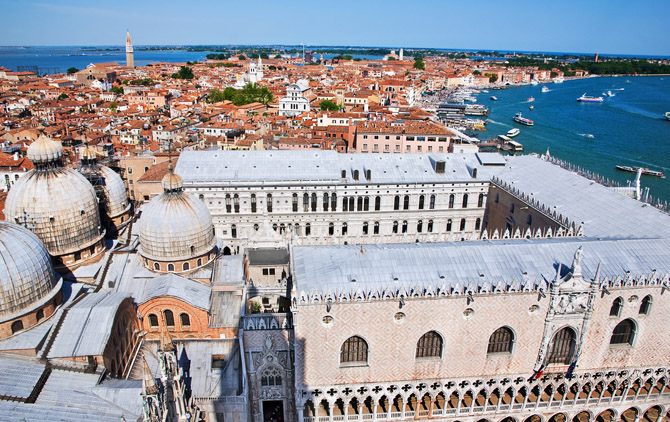 On the corner of the balcony you will also see a sculpture which depicts the judgement of Solomon. Now cross the small square to the opposite corner towards the sea where you see a statue of Adam and Eve, then take Riva degli Schiavoni where the main sea-facing façade begins, go past the Porta del Frumento, the entrance for visitors to the palace, and you will come to a bridge, Ponte della Paglia, which is an ideal spot for taking photos. From here you can see the façade of another bridge the Ponte de Sospiri- the bridge of Sighs-which connects the Doge’s palace to the new prisons, the Prigioni Nuove, and at the far end of the façade a sculpture of drunken Noah. Now turn around and carefully observe the 36 capitals of the columns which are extremely rich in imagery. The first capital depicts a child holding a comb in one hand and scissors in the other; the second, a serpent touching a bird with its tongue; the third an enthroned woman; the fourth, three babies; the fifth, three roman emperors and so on. One can only be captivated by the variety of the symbols and stories evoked by these sculptures which date to the thirteenth century. 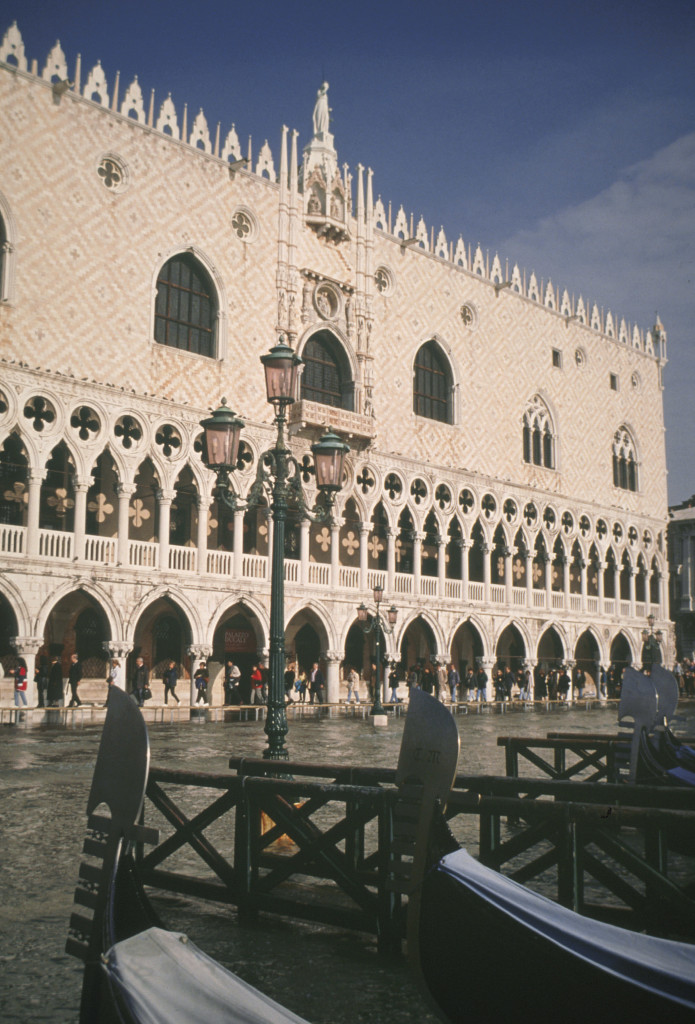 Now for the interior. In the main courtyard our attention is drawn to fifteenth century ceremonial staircase- the Scala dei Giganti- the Giant’s Staircase, which is dominated by imposing statues of Mars and Neptune. From the balcony level you can visit the Sala dello Scrigno (the coffero, la Sala della Milizia da Mar (Marine mlitia), la Sala dei Censori (the censors), la Sala dell’Avogaria(magistracy) from where you reach the Bridge of Sighs- il Ponte dei Sospiri made up of two corridors, one above the other.
The Golden Staircase takes us to the state apartments with a first stairway dedicated to Venus and a second to Neptune. On the first floor we find the Scarlet Chamber – the Sala degli Scarlatti, (the colour of the robes worn by the Doge’s advisors), the Map room, the Grimaldi chamber with Bellini’s lamentation of Christ, and the Philosophers room, the Doge’s apartments and the Shield Hall.
On the second level you will find the Square Atrium with decorations by Tintoretto, Veronese, and Bassano ; The Four Doors room, designed by Palladio with frescoes by Tintoretto; the Senate Chamber with Jacopo and Domenico Tintoretto’s Venice seated receiving gifts of the sea; the Chamber of the Council of the ten; The Compass room with its opening for secret accusations; the Chamber of the Three Inquistitors; and the Sala del Tormento, where suspects were tortured and which is connected to the old prisons called the “leads” so called because of their location under the lead-plated roof of the Palace. These prisons were less infernel than the terribile “wells” prison situated below the water level and made up of narrow damp cells. Giacomo Casanova escaped from the “leads” on the night of 1 Novembre 1756. He wrote “I put myself at God’s mercy, asking him for help but not for a miracle”.