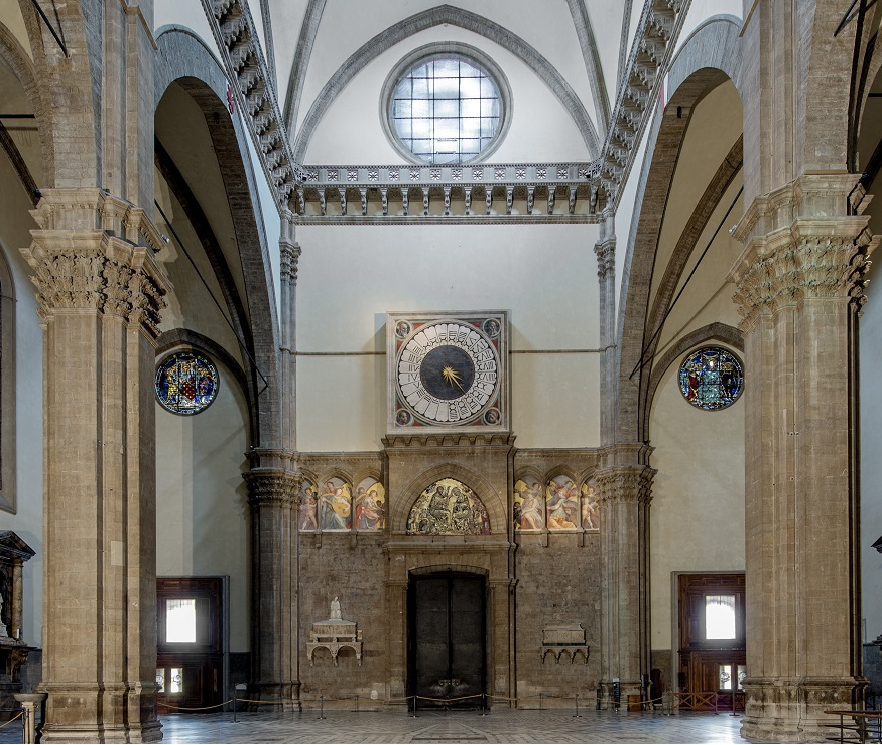 The rediscovery of a masterpiece hidden for three centuries. 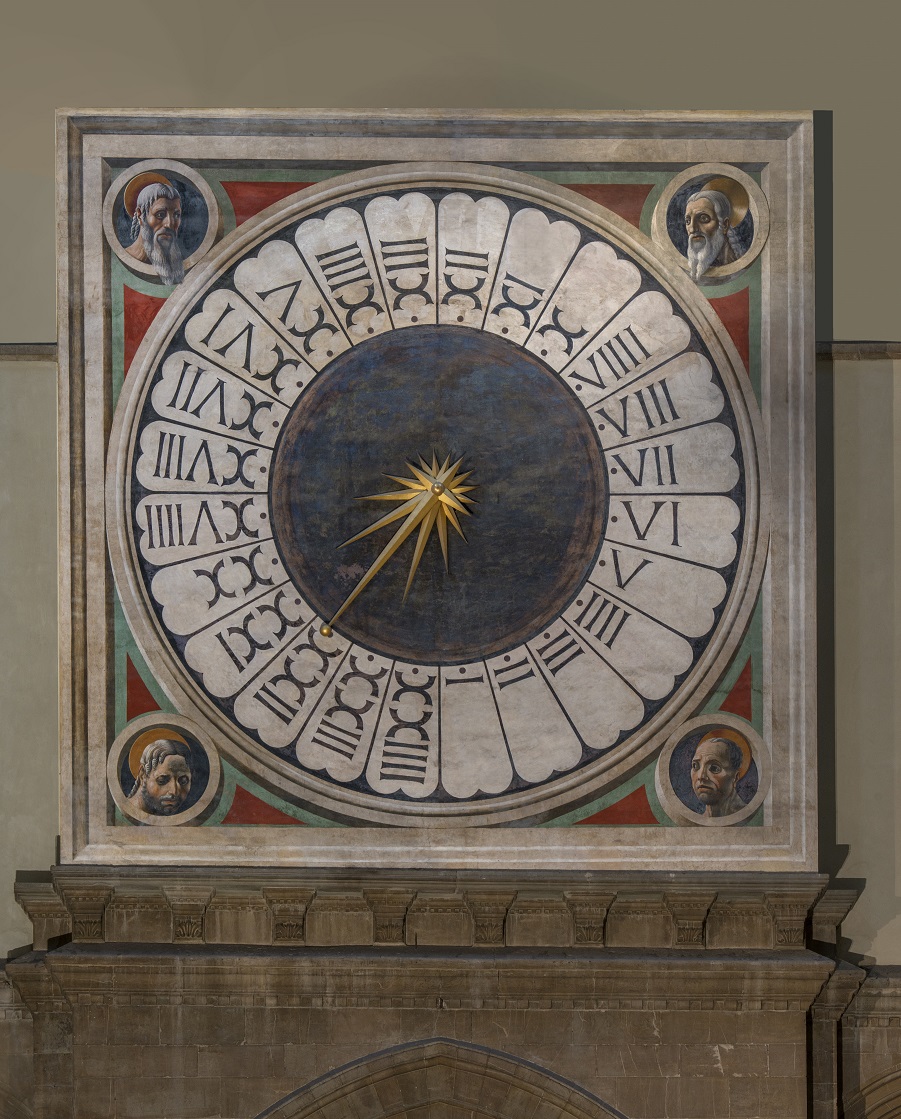 Behind the facade of Florence Cathedral you can admire a clock with particular details that make it unique and it is one of the most beautiful and interesting clocks in the world. Its face was painted by one of the greatest painters of the Renaissance: Paolo Uccello and the method used to mark the hours is particular since it goes from sunset to sunset, the so-called “Italic hours” with the counterclockwise rotation of the hands and the face divided into 24 hours. 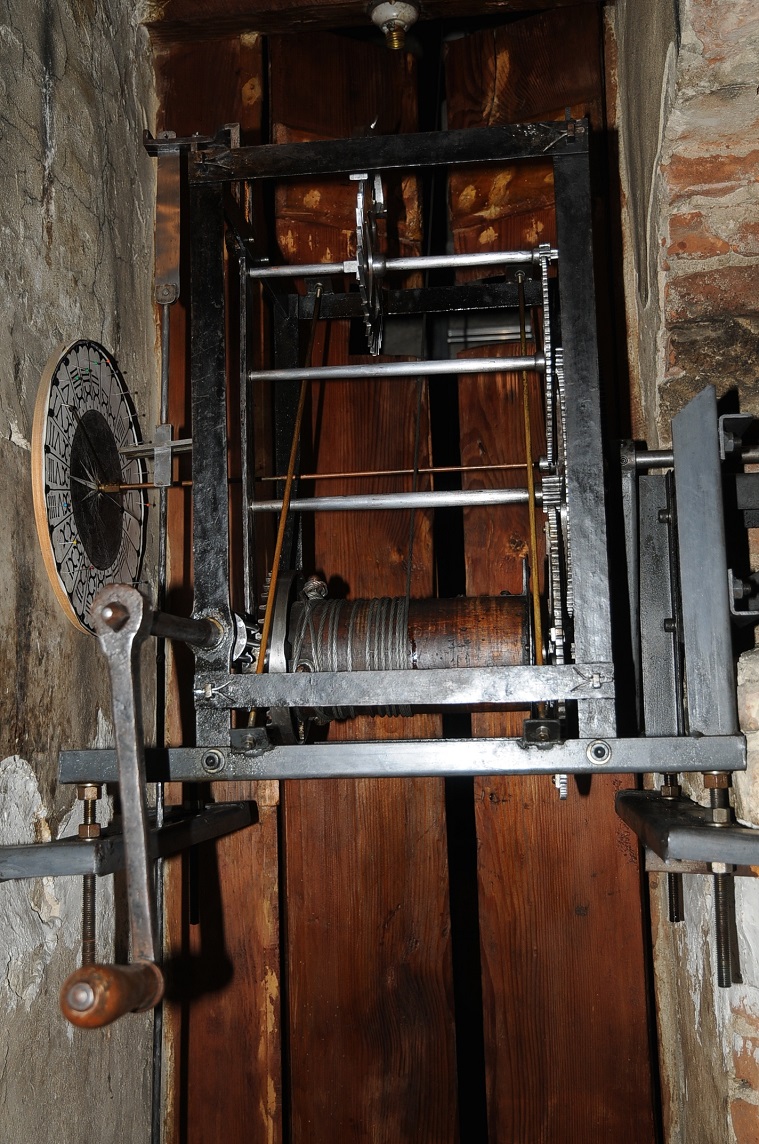 The time mechanism and basic structure is set about 15 metres high into the cavity in the facade of the Basilica in a one metre wide corridor. The first clock for the Basilica was made by Angelo di Niccolò in 1443 and it was a time mechanism like the current one. Over the centuries, many clock makers were called to look after the clock, the most renowned are the Della Volpaias.

On February 20th 1669, Paolo Uccello’s clock face was covered with fresco-secco paint, divided into twelve hours and the movement was changed into clockwise 12 hours. In 1761 Giuseppe Bargiacchi, a Florentine watchmaker, was called by the Opera del Duomo Basilica workshop for the construction of a new up-to-date mechanism such as the pendulum and the free anchor escapement. This device came to us intact and is still operational.But despite the clock of the Basilica of Santa Maria del Fiore in Florence being so ancient, distinctive and valuable, it has not had much press or recognition and it is rarely referred to books on the most ancient and famous clocks. This obscurity can be attributed to the fact it was only rediscovered about 50 years ago even though it dates back to 1443. 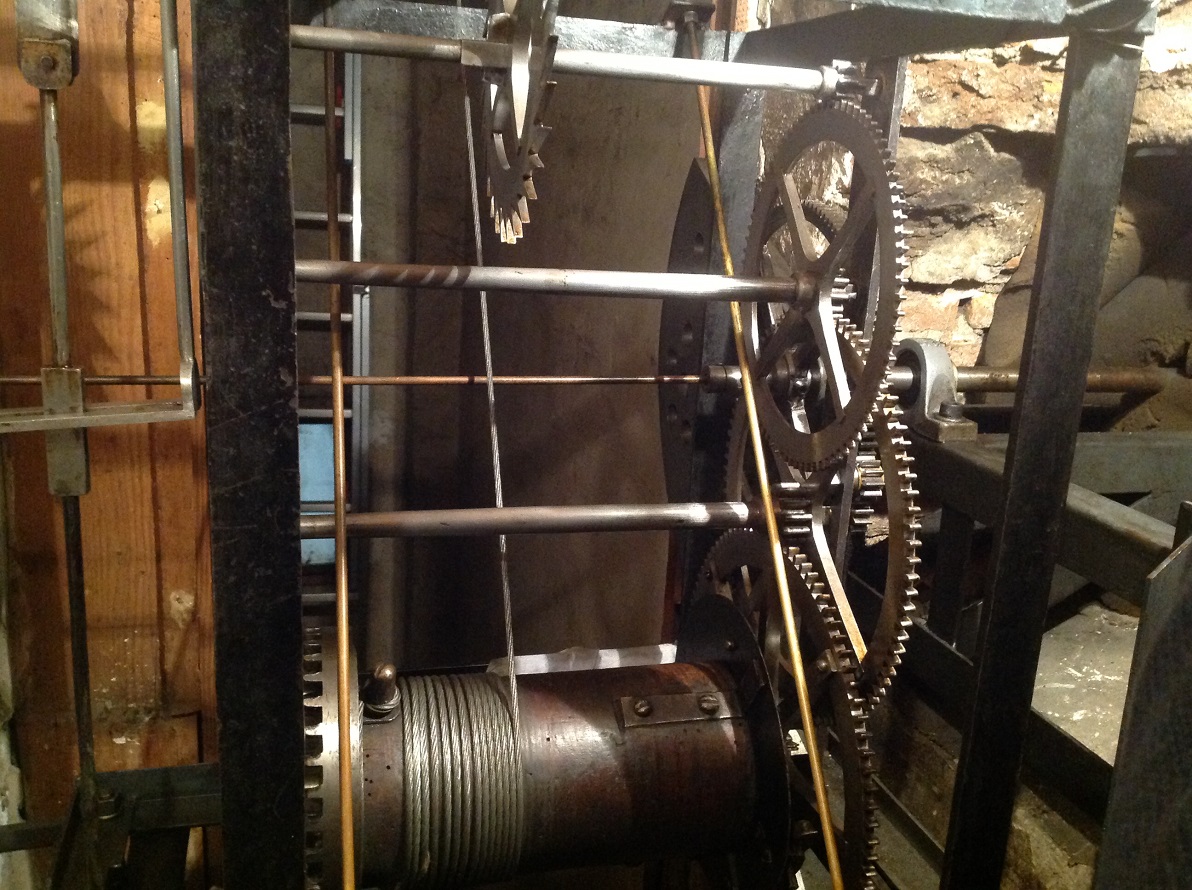 The rediscovery of a masterpiece is no understatement because during the restoration carried out in 1968, the fresco secco paint was removed to reveal the ancient splendor of the original design by Paolo Uccello. Another important restoration was the rotation of the hands to counterclockwise and the timekeeping subdivision from 12 to 24 (Italic hour). For three centuries from 1669 until 1968 the clock was presented to the Florentines with a traditional face similar to others of the time.

The restoration of 1968 also had to address the problem of the reconstruction of the hand as the 1761 version was no longer suited to the characteristics of the original face by Paolo Uccello. The description of a document of 2 April 1443 that spoke of a golden star-shaped hand was used in order to remain faithful to the hand’s original shape. The reconstructed hand in the restoration of 1968 is in gilded copper with the framework and the design of the comet which Paolo Uccello left us a splendid example of in the Basilica itself in the stained glass of the Nativity. It is in the tholobate of the dome created by Angelo Lippi in 1443 on papers with drawings by Paolo Uccello. The stained glass window of the Nativity Cathedral of Florence (473 cm in diameter) was deisgned by Paolo Uccello and created by glassmaker Angelo Lippi in 1443. 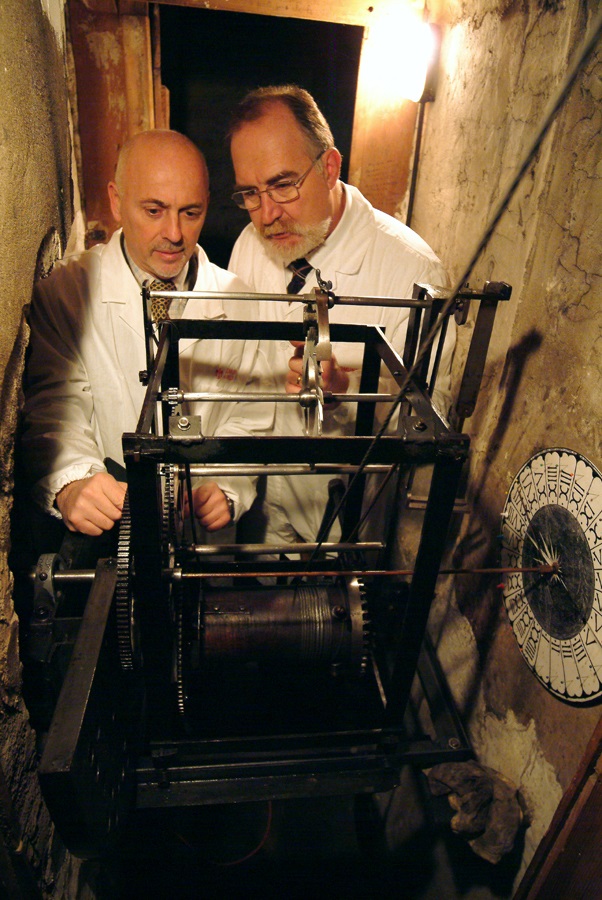 In 2014, a number of operating and “gear” precision defects were noted in the mechanism therefore immediate work was needed to salvage the clock. The Opera del Duomo workshop, always meticulous in preserving this precious work of art, immediately carried out the restoration sponsored by Panerai, on of the most important watch and clock makers in the world. The restoration was carried out by me in partnership with Prof. Andrea Palmieri. 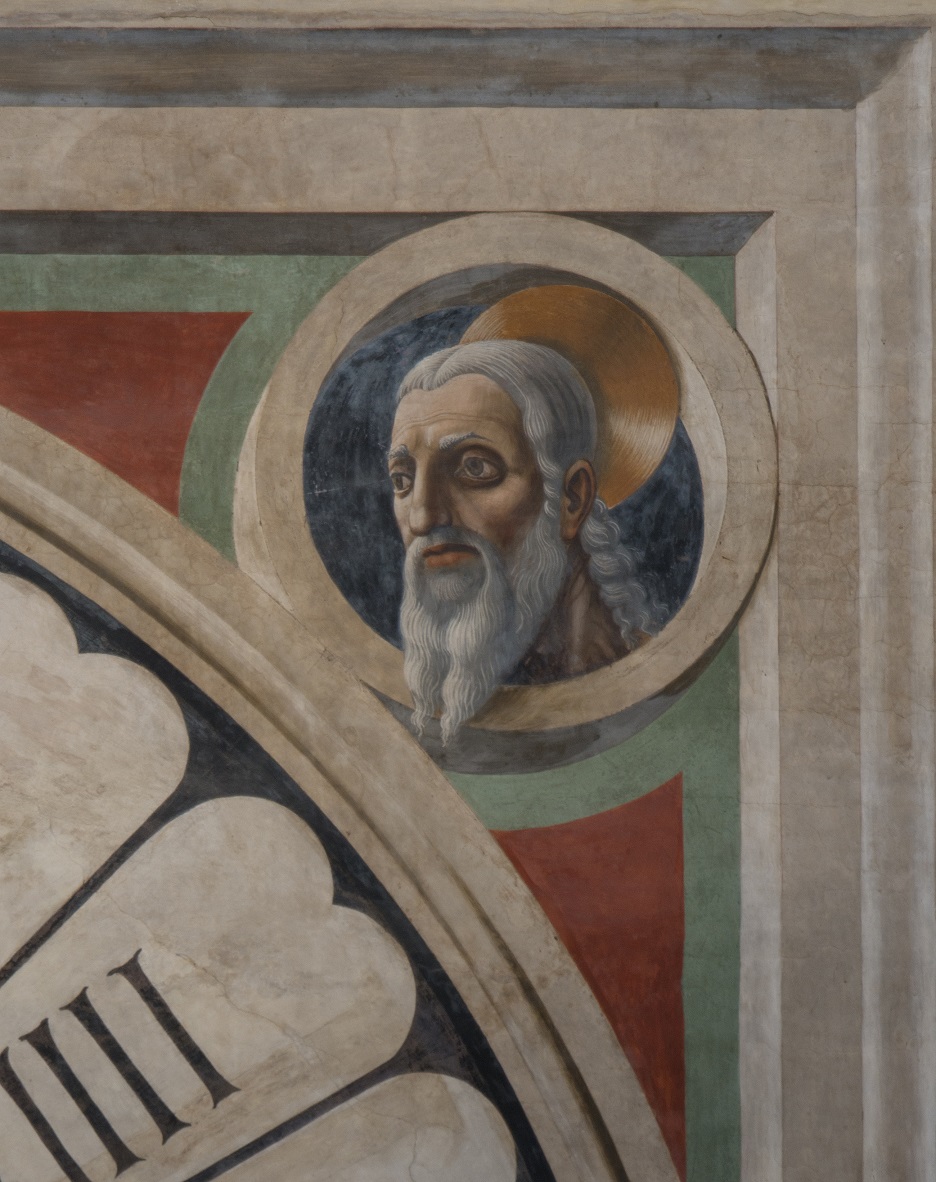 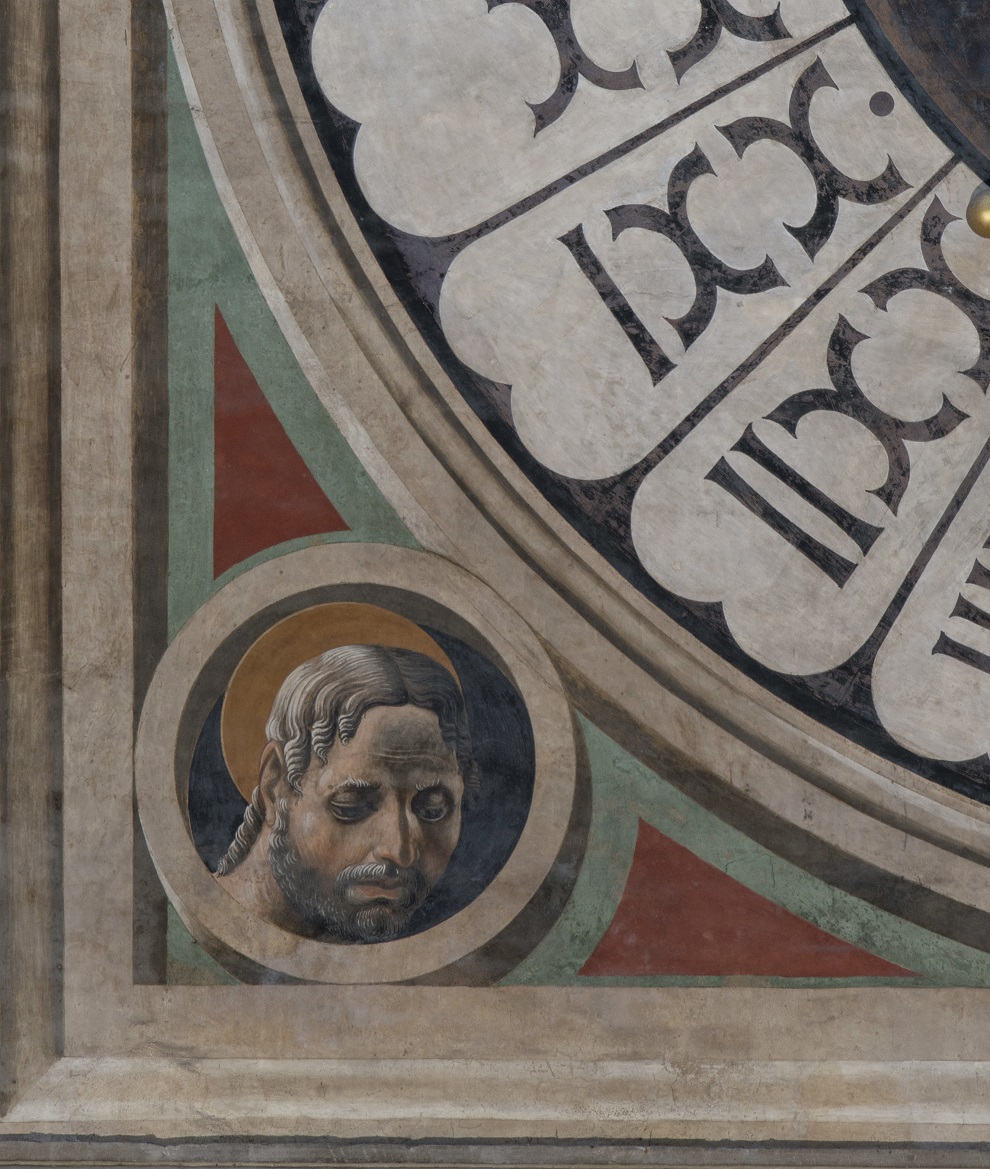 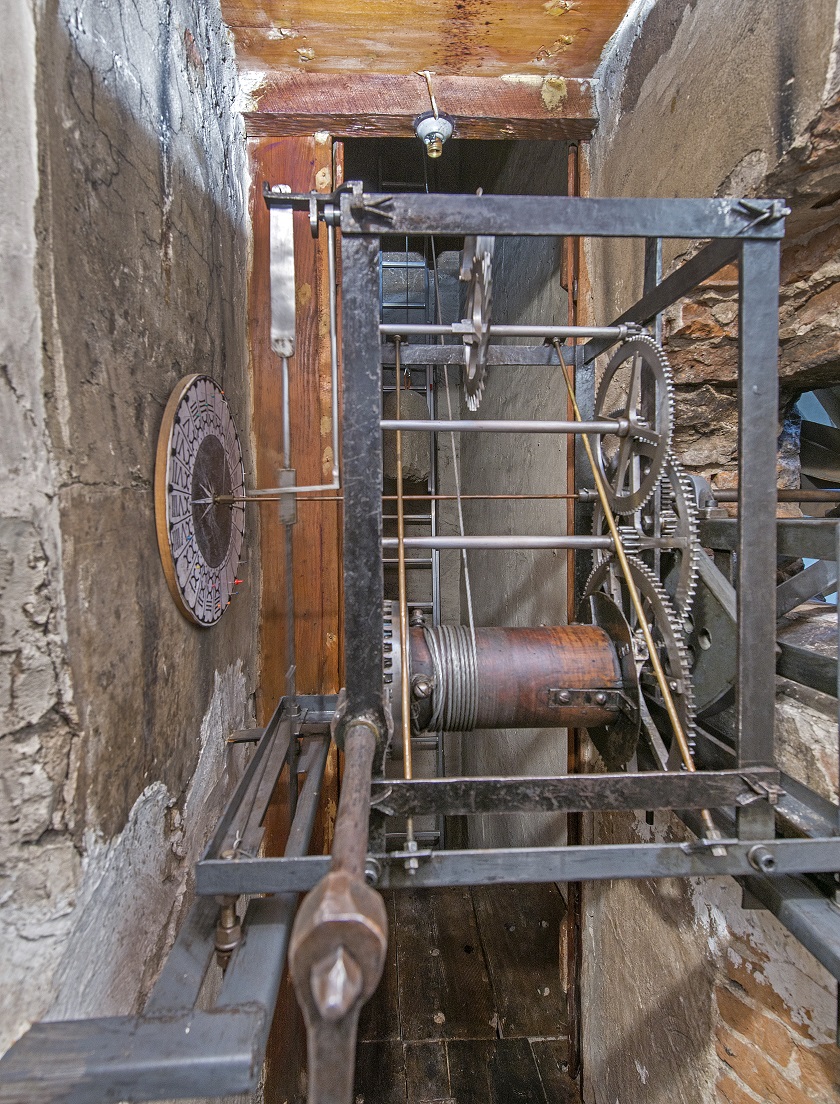