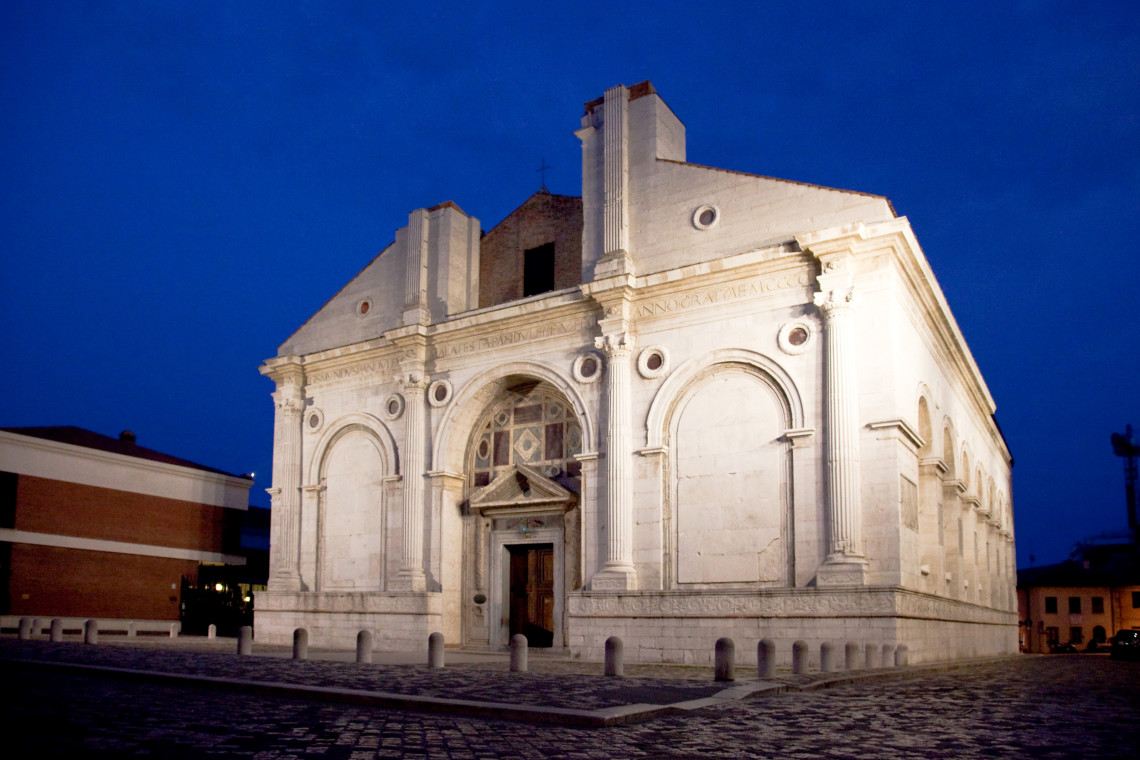 This is the first work of ecclesiastical architecture by Leon Battista Alberti (1404 – 1472). His task consisted of transforming the existing Church of St Francis into a temple dedicated to Sigismundo Malatesta. The actual building work was executed by Matteo de’ Pasti. Alberti’s contribution consists of the façade and one of the sides. The whole structure is a reference to the classical world, with a triumphal arch on the façade and arcades lining the sides. This is highly articulated architecture defined with great balance between light and shade. All of its elements from the cornices to the columns and archways seemed to pull the visitor towards a precise interior space. 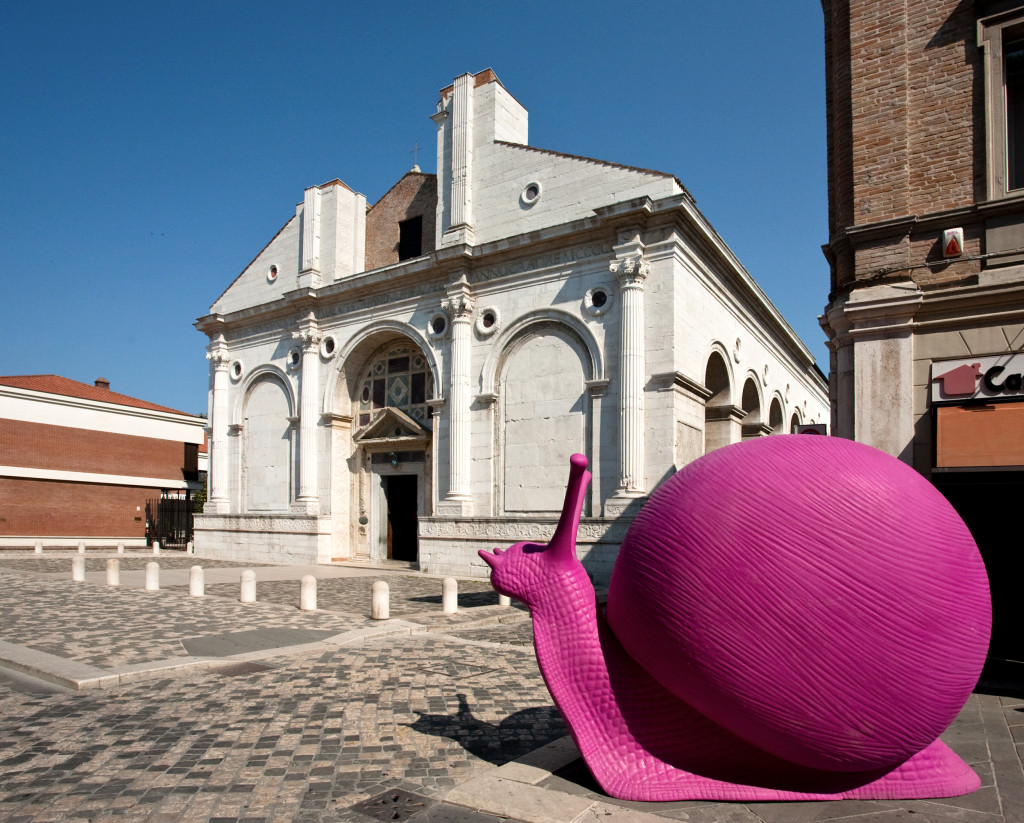 The Malatesta Temple with a Modern art work

The profound link between the volume of the building and the perception of space is aided by the fact that it is placed on a podium which encourages the observer to see the building with a prospective from low to high.
The tombs of Sigismundo and Isotta degli Atti (that are contained in the interior of the church) were originally intended to be placed in two archways on the exterior facade. This mausoleum was an important statement for the Malatesta family and Sigismundo invited many important artists of the time to contribute to this work. Agostino di Duccio created many of the fine sculptures, while Piero Della Francesca produced his first fresco, portraying Malatesta praying to St Sigismund (1451). 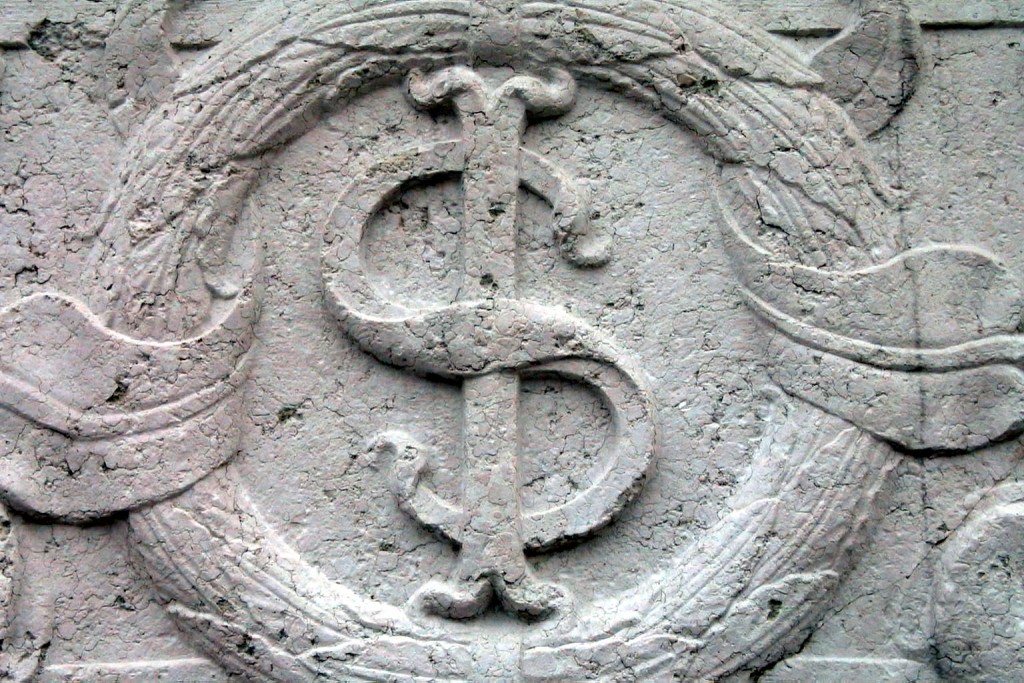 The first chapel on the right, Cella delle reliquie, contains the preparatory drawing for the fresco, which was dedicated to St Sigismund King of Burgundy, the patron saint of soldiers. On the altar a statue of the Saint shows him seated on a throne supported by two elephants, a heraldic symbol of the Malatesta family. The temple also contains a crucifix painted by Giotto for the Church of St Francis, to celebrate the first Jubilee in 1300.
The chapel of the Angels contains the tomb of Isotta degli Atti, former lover and third wife of Sigismundo, who died in 1474. Agostino di Duccio also decorated the Chapel of the Planets with relief sculpture showing the planets and signs of the zodiac. The sign of cancer represents Sigismundo Malatesta, and there is also an interesting relief sculpture offering a panorama of the city of Rimini in the renaissance period. Under the arcades on the right hand side of the church there are sarcophagi of members of the Malatesta Court. The first chapel on the left, the Chapel of the Madonna dell’Acqua (Our Lady of the Waters) contains the Malatesta sarcophagus containing the remains of Sigismundo’s predecessors.