The new “Ferruccio Lamborghini Museum”: The birth of a myth 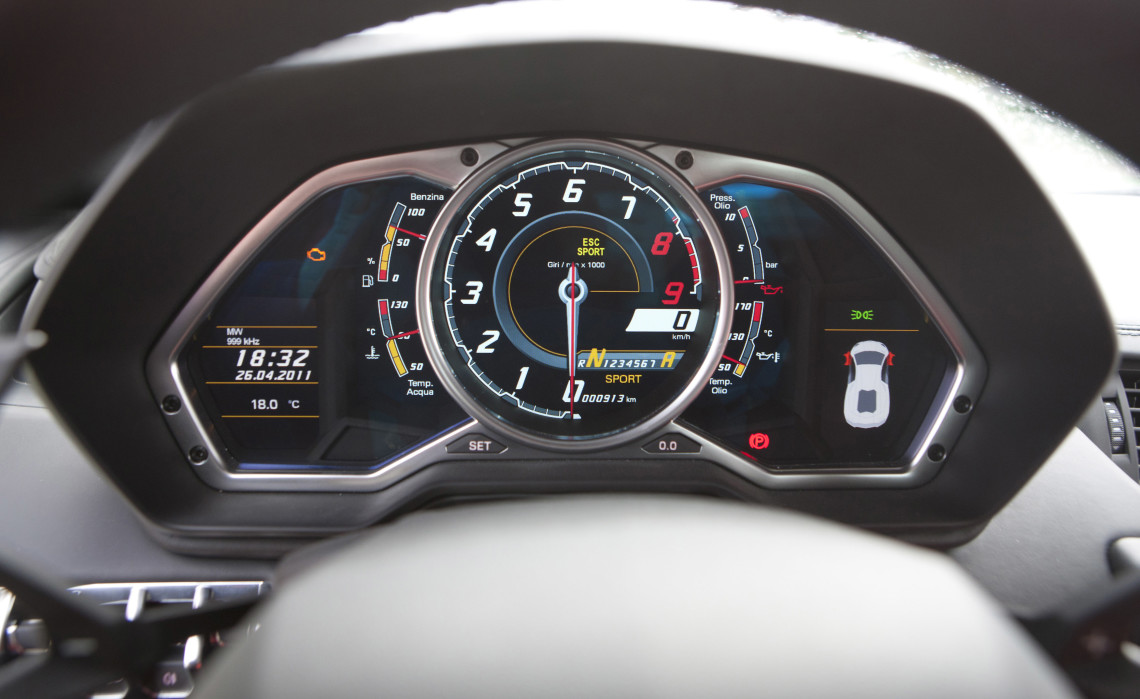 Leap into the past with this exploration of one of the greatest innovative minds of the four wheeled world. The Ferruccio Lamborghini Museum is a multifunctional container and extremely versatile exhibition space. An exciting journey through the incredible history of ingenious founder of the “bull” reflecting his exceptional skills and creativity. 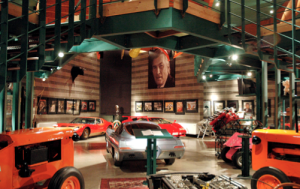 Just outside Bologna you can now enjoy a museum dedicated to the story of the “raging bull” and its farsighted founder Ferruccio Lamborghini. This new museum shows us the life of a genius of the world of mechanics, with an exciting display of everything from tractors, futuristic supercars, and original prototypes alongside memorabilia and photographs. 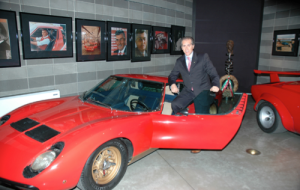 Just outside Bologna in buildings belonging to the family which have been restored, the new museum dedicated to Ferruccio Lamborghini does not go unobserved. 20 years after its inauguration in 1995 at its original site at Dosso, this jewel of the museum has found a new, much larger home at Funo di Argelato in the heart of the so-called “motor valley”.

The move was inspired by Ferruccio’s son, Tonino, and provides far more space to the story of a man who was able to create an enormous industrial empire from nothing, giving life to a brand that still represents the flower of “made in Italy” all over the world, 50 years after its birth. In order to celebrate one of the greatest Italian car manufacturers, his son Tonino and grandson Fabio wanted to tell his life through the new museum, bringing together a vast selection of his most interesting creations ranging from the tractors with which he began his career to the supercars that dominated the 1960s and 70s alongside unique prototypes, family memorabilia, photographs and a whole lot more.

A cross-section of Italian industrial culture. Ferruccio was a simple person but extremely farsighted which can be seen from his very first creation in 1947, the Carioca, an affordable tractor that was manufactured using ex-military components: a clear sign of his inventiveness and ability to amaze. He continued with burners and air conditioners in the 1960s, he also toyed with solar panels and watered purifiers which at the time were virtually non-existent in Italy. He swept away competition with his powerful aspirated motors which he used in his dream supercars as well as in helicopters and motorboats.

It was his innate passion for all things mechanical that set Ferruccio Lamborghini on the road to challenge the powerful producers of the age, Enzo Ferrari in particular. Under his supervision those jewels were created which now take pride of place in the museum: from his first “experiment”, the Topolino Mille Miglia; the original prototype of the first commercial vehicle the 350 GTV to the famous avant-garde Miura (the one on display is Ferruccio’s own) and the Countach with its scissor doors. 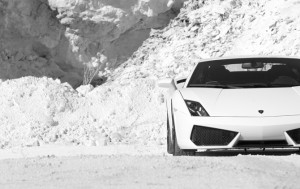 Among the unique cars on show in their new Ferruccio Lamborghini Museum there are the many prototypes such as the Islero, Urraco and Jalpa from 1981 and the unmistakable four-door Espada from 1968.

Ferruccio Lamborghini was an extremely eclectic man who loved to show off how his powerful motors could have other applications outside the world of the automobile. It therefore comes as no surprise that in the museum you will also find an enormous 13.5 m long Offshore Class 1 equipped with two Lamborghini motors, the winner of no less than 11 world titles (eight of them consecutive) along with a rarity, the superlight dual command helicopter. It would have been impossible not to include the luxurious Riva Aquarama in the private collection. In 1968 Ferruccio decided to strip it of its original American motors and install two of his own adapted for the sea. The result was a floating racing car of 700 CV with a record win on the Pola- Cervia Adriatic Crossing in 1970. This motorboat has been totally restored and will be on show at the museum until October.

There are 5000 metres of exhibition space allowing visitors to get extremely close to who Ferruccio Lamborghini really was and what he produced. There is a reconstruction of his first office, personal objects, family photos and his many awards. There is a section dedicated to his “second life” as a farmer when he decided to leave his work in the company in 1974 and to dedicate himself to his land in Umbria. There are also examples of his wine, in particular the prestigious Sangue di Miura, dedicated to the famous car.

Apart from 12 unique prototypes the museum also displays other curiosities, for example the minicar that Ferruccio’s father made him when he was eight years old; his personal collection of cars (Alfa, Bentley, Rolls-Royce…) and one other unique model which also has a “spiritual” value, the Golfcar Tonino Lamborghini that was used by Pope Saint John Paul second during his public visits. Ferruccio Lamborghini chose the bull as a symbol for his company not only because Taurus was his sign of the zodiac, but because it was an animal he liked. It reflected his spirit, like a bull in the Corrida, ready to attack at any moment, without fear. This was what Ferruccio Lamborghini was like and this wonderful new museum tells you all about his incredible story.