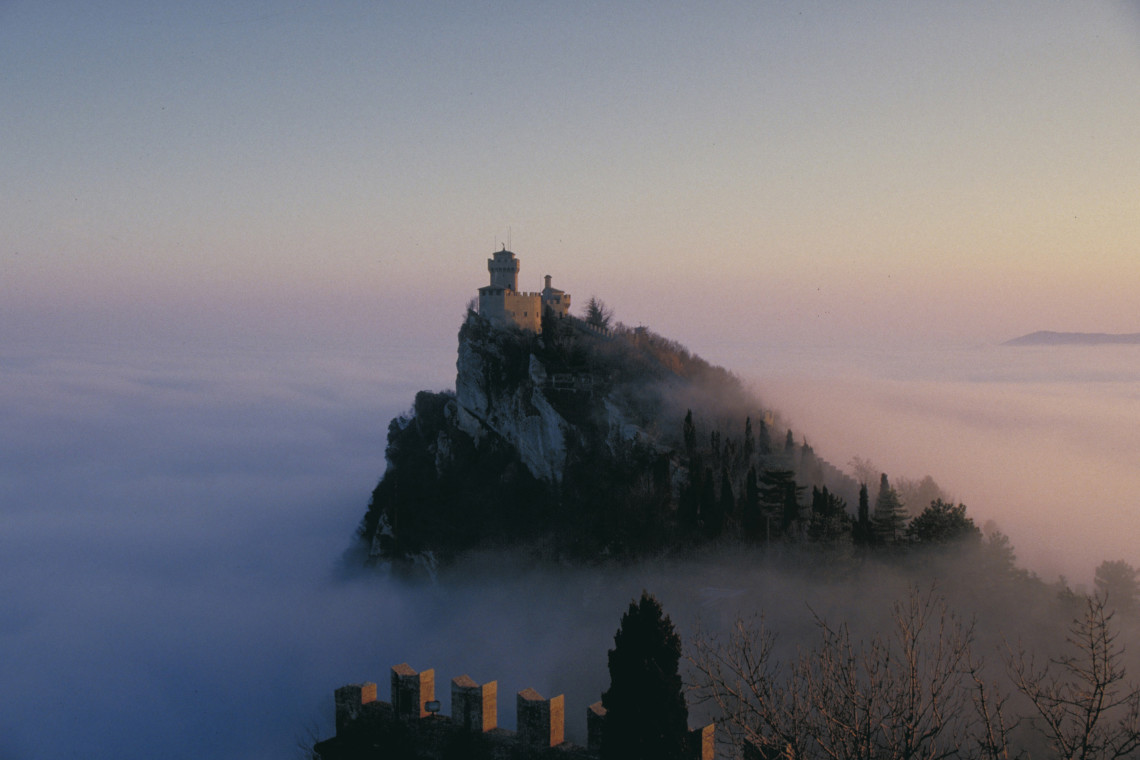 The second tower which is also called “the Fratta” or “Cesta” rises up on the highest summit of Mount Titano, at 755 m above sea level.

The construction dates to the 13th century and at first it was used as a watchtower. In 1320 the tower was joined to fortifications that were being built as part of the second wall around the city. The Gateway giving access to the castle was opened up during the 16th century and was remodelled in 1596 as a carving tells us on the architrave to the side of the coat of arms of the Republic of San Marino. In the 17th century the castle fell into disuse as its strategic value declined. However between 1924 and 1925 important and radical restoration took place. The Cesta has a pentagonal shape and like the Guaita tower it was built using sandstone built directly onto the rock. It is a complex structure surrounded by a high external wall which develops along the mountain’s ridge and is reinforced by a semicircular bulwark. You enter by way of a stone stairway which leads to a rectangular gateway, embellished with the arms of the Republic. The gate leads to an internal courtyard where between the rocks you will find the pentagonal shaped tower crowned by Merlons It is connected to a lower building which was used as a lodging for the guards. At the foot of the Cesta you can admire one of the most splendid and unforgettable views of San Marino and you can also visit the Museum of Historic Arms which is located within the walls. Four rooms trace the evolution of arms from the Middle Ages to the 1900s. The collection comprises 700 objects including various valuable weapons, bows, crossbows and armour.