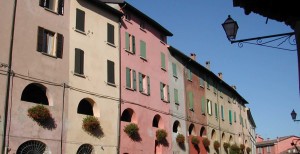 Situated on one of the three hills above Brisighella, offering splendid views over the Lamone valley, the Venetian Fortress is one of the best preserved fortresses in Romagna, making it easy to imagine how life was in the past. This is not a typical feudal castle but a military structure designed to defend the valley. The ancient Roman road the Via Faventina, which connected Faenza and Florence, was a highly strategic route throughout the entire middle ages since it connected Florentine territory to the plains of Romagna and the Medici  rulers of Florence always had their eyes on the rich cities along the Via Emilia.

A census of 1371 records that the fortress was manned by a Captain with a pay of 30 florins a month and 12 men. 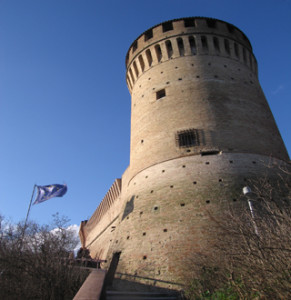 The Torricino (the “little tower”) is the oldest part of the castle and was built in the early 1300’s by the Manfredi family, the powerful rulers of Faenza, and it remained in their possession for the next two centuries. Cesare Borgia, also known as the Duke of Valentinois, “il valentino”,  the son of Pope Alexander VII, seized the castle in 1500 during the expansion of the Papal States into Romagna.  On his death the fortress briefly became part of the Venetian Republic between 1503 and 1509 and was extended on the southern side with the addition of a grandiose tower – la Torre dei Veneziani  (the Venetian tower) along with two new sections of wall. In this period the fortress represented the most southerly point of Venetian expansion. The captain of the garrison, Diogini di Naldo, himself a native of Brisighella, was Commander of the Venetian troops  fighting against Pope Julius II. He set about conquering all of Romagna  and in gratitude would be rewarded with burial and a monument in Venice itself, a rare honour for a non-Venetian.

However, the war was eventually won by the Popes armies and the fortress returned to papal control and remained so until the unification of Italy in 1860. The summits of the two Towers  can be reached by  narrow spiral staircases. The echo of your footsteps on the stone steps might bring to mind those of the armed garrison that presided over the fortress centuries ago. The small rooms off the staircase were used as dormitories and for storing water as well as providing quarters for the commander.

There was also a torture chamber. At the top of the stairs the large circular rooms were used as guard posts, controlling movement in the valley below. 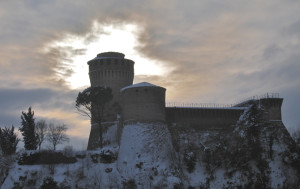 The fortress conserves many features of a mediaeval castle: the openings for the chains of the drawbridge above the main gateway, the brackets and grates, the ramparts, and slits for archers.  The circular towers represent an evolution in defence systems. They were designed to minimise damage caused by the introduction of firearms during the 14th century. The large walled courtyard was a place where the whole population could gather during times of invasion and gave access to underground passages where food and arms could be stored. Leaving the fortress through the large gateway we descend the steep steps towards the valley and come back to the present. 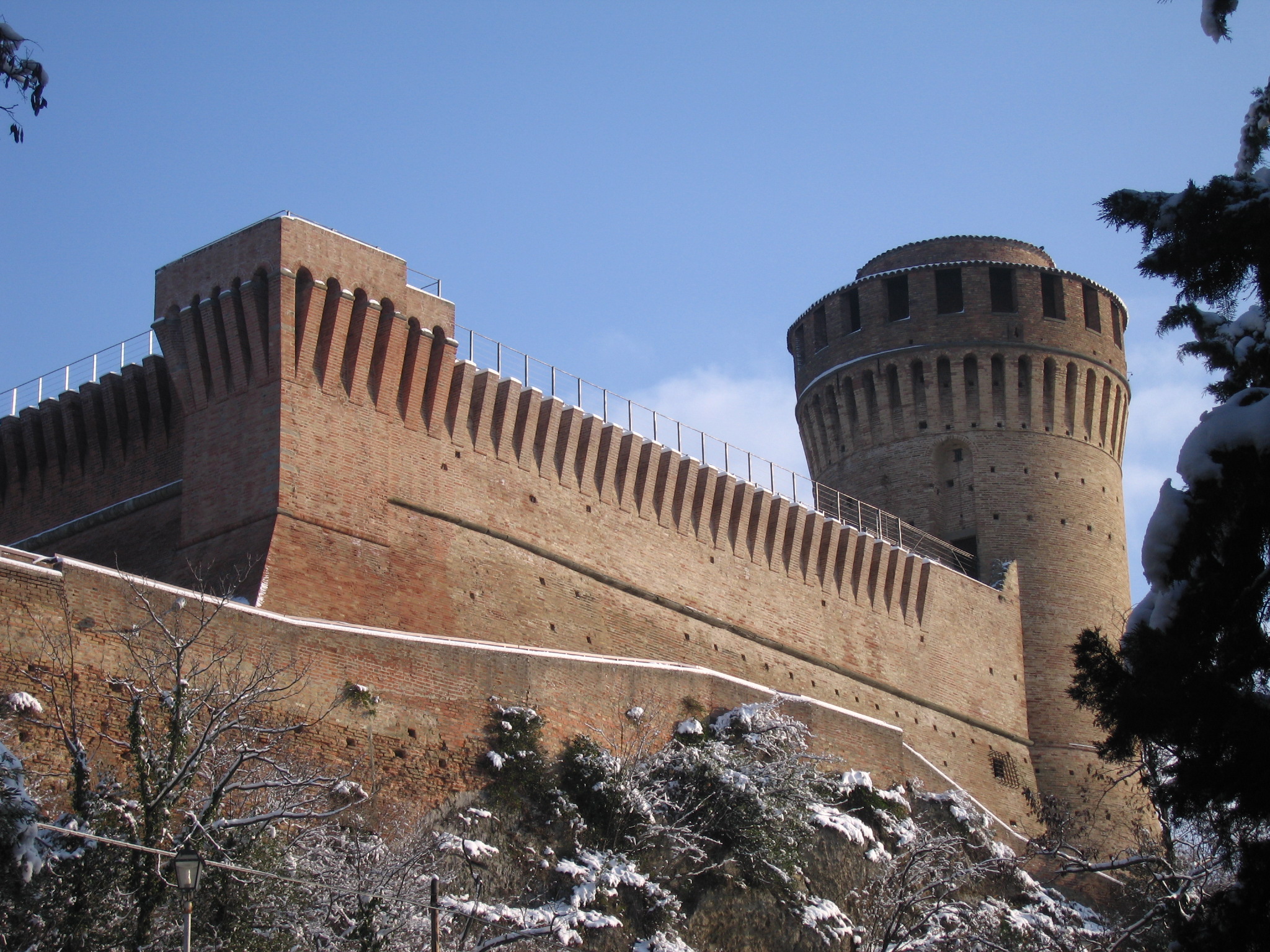 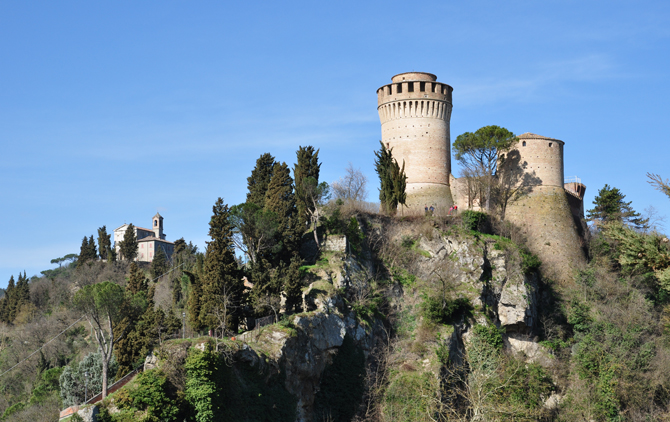 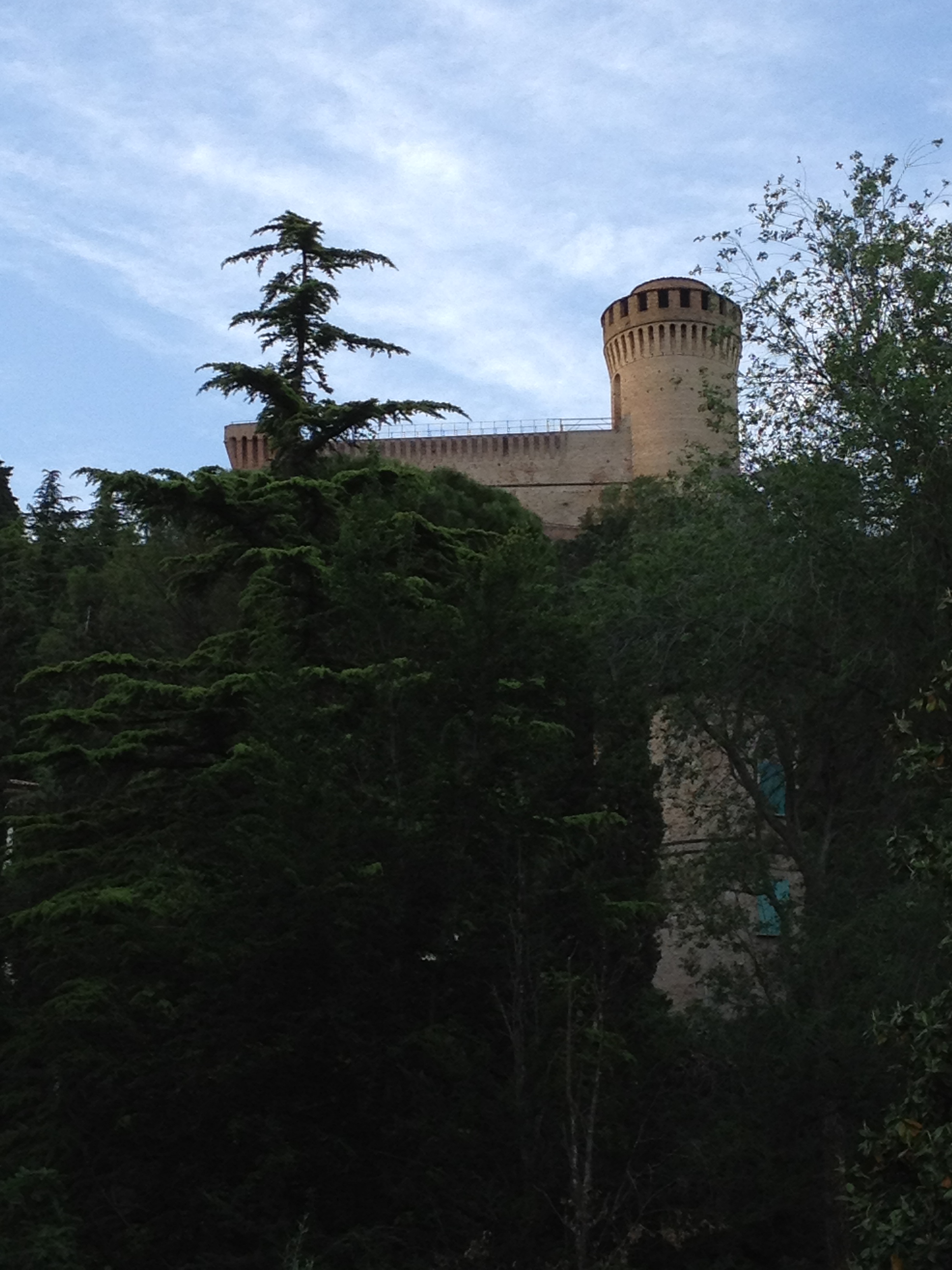 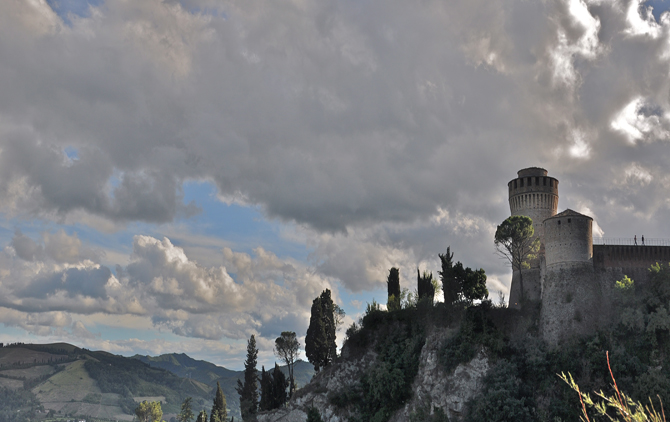