The via degli Asini 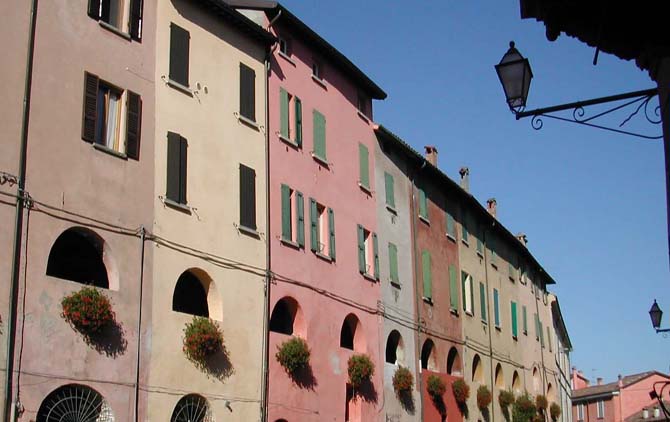 There are many reasons why the Via degli Asini constitutes one of the major attractions of Brisighella- it is basically unique in the world, the only other comparable structure being the famous “Rows” in Chester in Great Britain.

Imagine a defensive bastion, with battlements protecting the houses grouped around a chalky mount crowned with a watchtower (the clock tower). This is more or less what you would have seen had you been in Brisighella in the 12th century. It was built by the Manfredi family, the lords of Faenza, as a defence against their numerous enemies which included Venice, the Papal States and other greedy feudal lords…) at the top of the walls there was a patrol walkway where the townsfolk could gather in times of danger. However after the 15th century life became more peaceful and the walkway was covered up and rooms were constructed above. The spaces between the battlements were left open supported by the large arches and still illuminate the road which is on a higher level than the ground level in front of the old walls. 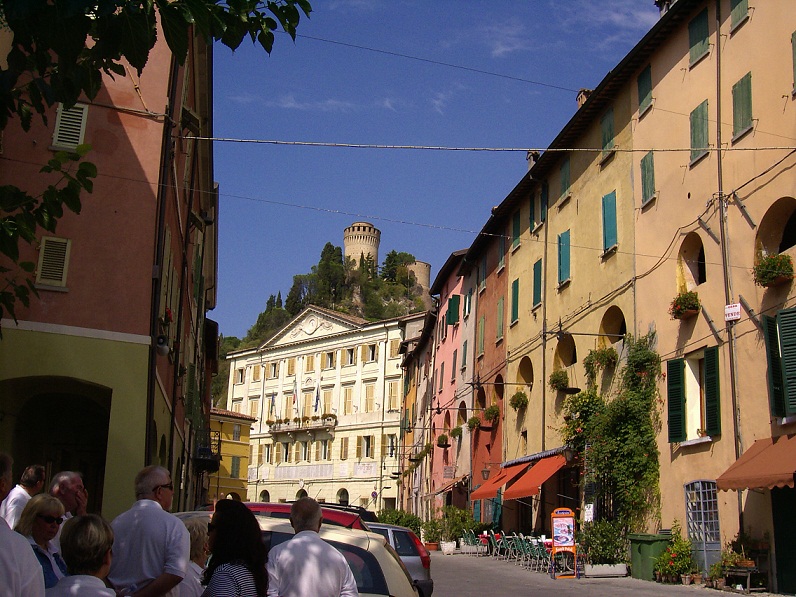 These rooms became part of the town and were inhabited by the carters who transported chalk from the quarries above the town using donkeys and that is how the road got its name “Via deli Asini”- which means the “road of the donkeys”. In fact the stables for the donkeys were located in front of the arches and the body heat given off by the animals warmed the living quarters on the upper floors through openings in the floor. A highly efficient use of energy that can only make us reflect in these times of waste. The carts were housed in large spaces carved out of the chalk which opened up onto the square below. 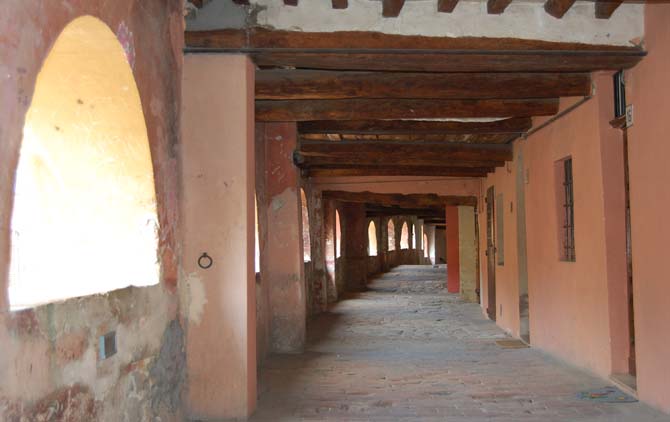 Hidetoshi Nagasawa, an internationally famous Japanese artist, was walking down Via degli Asini early one morning at sunrise. He noticed the archways of the road were illuminated by shafts of light in a fascinating sequence of colours. He took his paints and brushes and immortalised the light of the sunrise on the arches with shafts of golden paint. Nagasawa also created the suggestive “hortus conclusus” in stone in via Spada entitled “the garden of Ebe”.