The largest square of Lucca is dedicated to Napoleon. It is also called “Piazza Grande” and has a long history. When Castruccio Castracani ruled the city he built an enormous fortress- the Fortezza Augusta. This architectural complex took up a fifth of the total area of the mediaeval city. 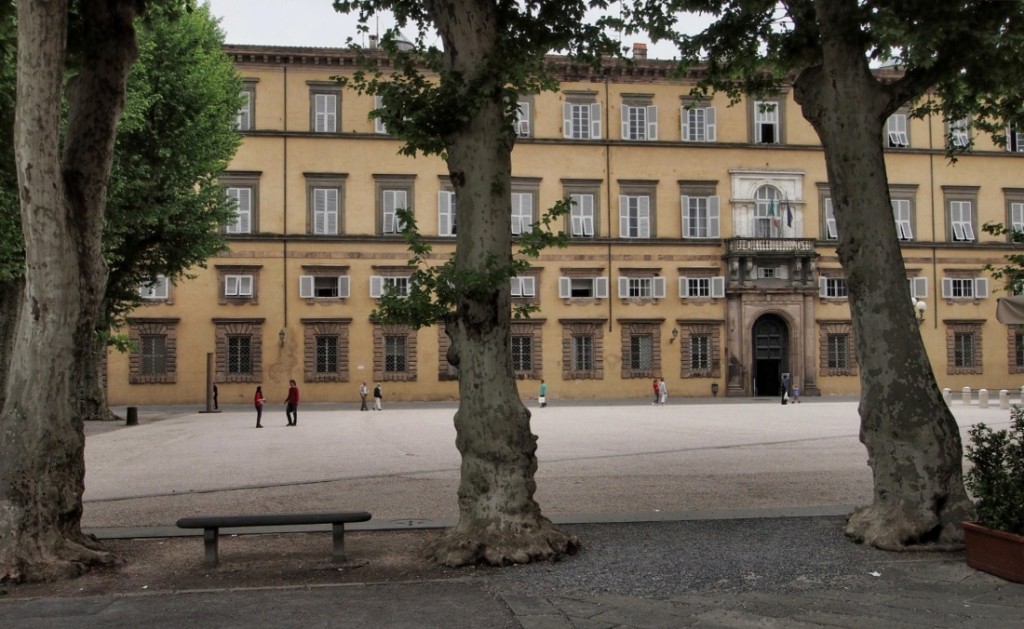 In 1370 this palace-fortress was destroyed during a popular uprising. Later the ruins were restored by Paolo Guinigi the then ruler of the city. This new building was called Cittadella di Lucca, but this too would be destroyed in 1429 when the Guinigi family lost power. It was rebuilt once again and used initially as the town hall and then as the Ducal Palace under Duchess Elisa Baciocchi, sister of Napoleon.

From the fall of Napoleon until 1861 the palace was the seat of government, and thereafter it housed the provincial government. Before its move to Villa Giunigi it also housed the National Art Collection. The building underwent much rebuilding between the 16th and 19th centuries by various architects including Bartolomeo Ammannati, Francesco Pini and Lorenzo Nottolini, giving the Palace the monumental appearance it has today. The loggia (1528) in the Cortile dei Svizzeri (the Swiss courtyard) by Ammannati is particularly beautiful. 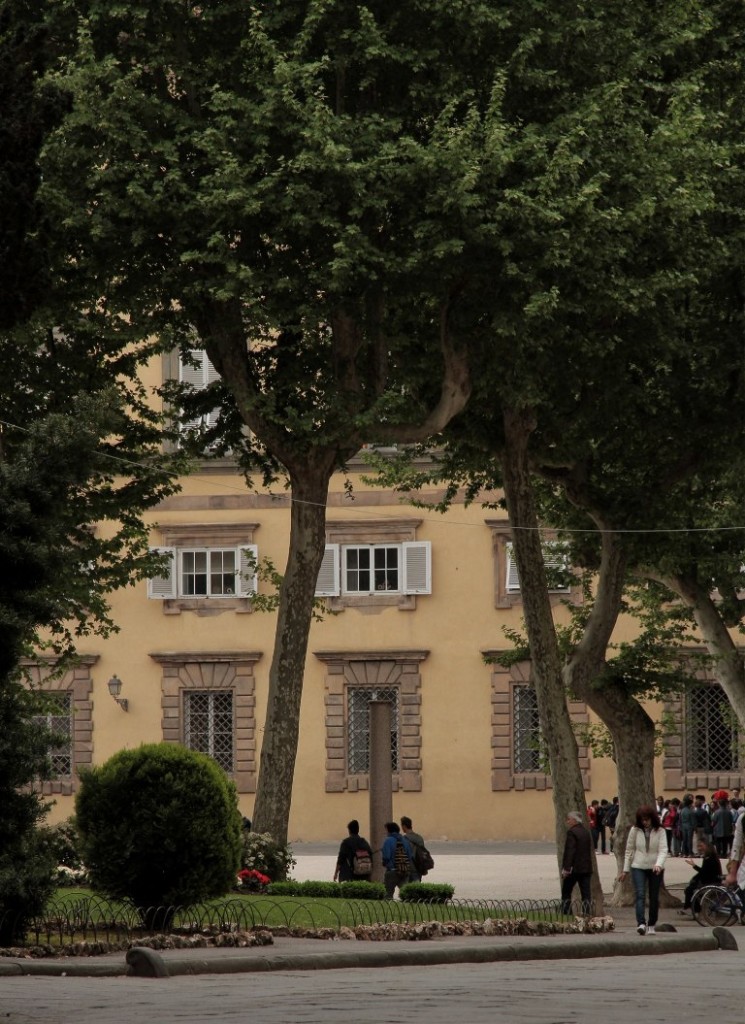 The architectural unity of the square was completed in 1806. A statue of Maria Luisa di Borbone, who was Duchess of Lucca between 1817-1824, now stands in the centre of the square. She replaced Elisa Baciocchi as ruler and became a great patron of culture and the arts and was responsible for many public buildings. Nowadays the square hosts the famous musical festivals in the summer season.