The Bridge of Tiberius in Rimini 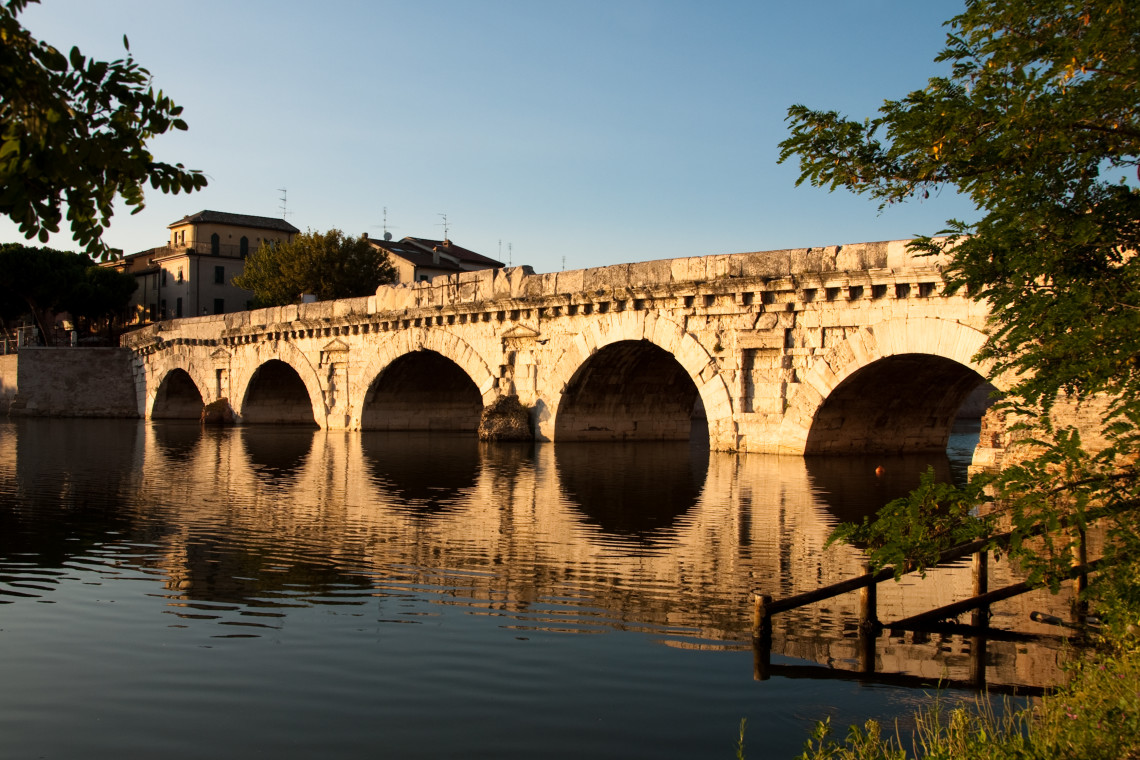 The Bridge of Tiberius is one of the principal symbols of Rimini and is featured on the city’s coat of arms. The bridge was begun during the reign of Augustus in 14 AD and was finished under his successor Tiberius in 21 A.D. This imposing structure in Istrian stone, connected Rimini and the area of modern-day San Giuliano, at the end of the Decumano Massimo (the starting point of via Emilia and the via Popilia Annia). It has five semicircular arches with blind niches between each one. The width of each arch grows progressively with the central arch being the widest. There are breakwaters set obliquely to reduce resistance to the flow of the river. Inscriptions placed along the parapet inform us of the dates of construction – a typical Roman usage, and we can see other Latin inscriptions on the pavement. The shafts are decorated with four rectangular windows surmounted by a tympanum, while above the parapet there are pedestals which were probably used to mount statues. There are also traces of sculptured images but it is difficult to decipher exactly what they are showing; however they probably refer to a divinity. 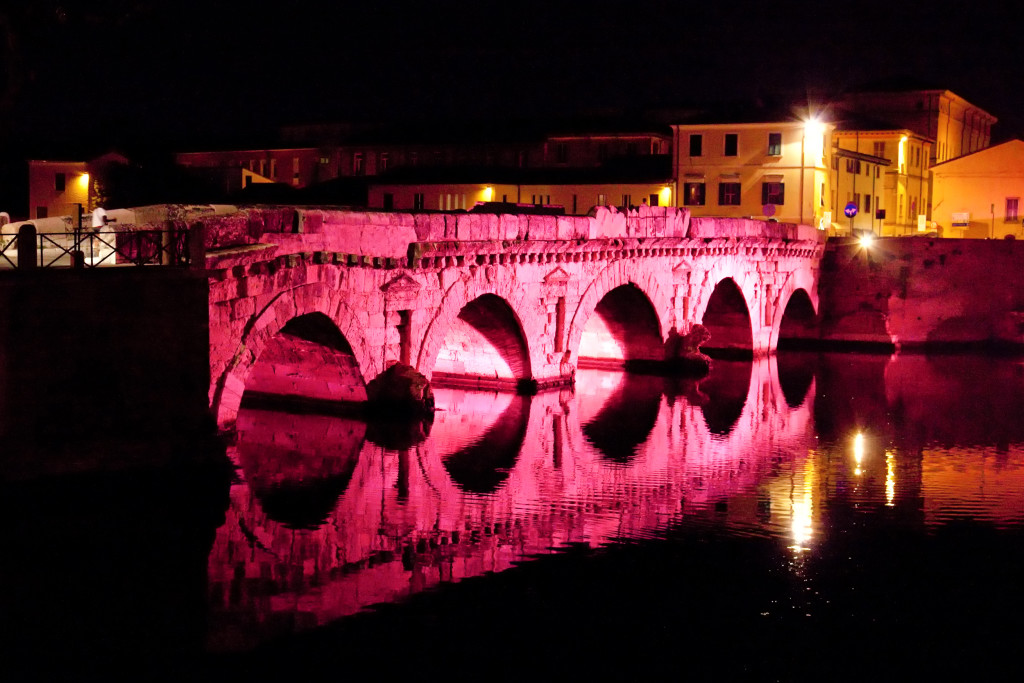 The bridge of Tiberius during a pink night in Rimini

On one of the balustrades there are two objects that look like goats hooves. They were used to hoist goods from boats onto the bridge, however their shape also gave rise to the legend that associates the bridge with the devil. The bridge is a great example of Roman engineering prowess and represents the architectonic and aesthetic grandeur of the imperial era. It is technically efficient but also rich in sacred and political images.

During the war between the Ostrogoths and the Byzantines the bridge risked being destroyed, however thanks to its first-class civil engineering it has remained intact until today, even surviving the bombardments of the Second World War and attempts by the retreating Germans to blow it up.